The World's Most Expensive Paperweight

Look who is eight years old. 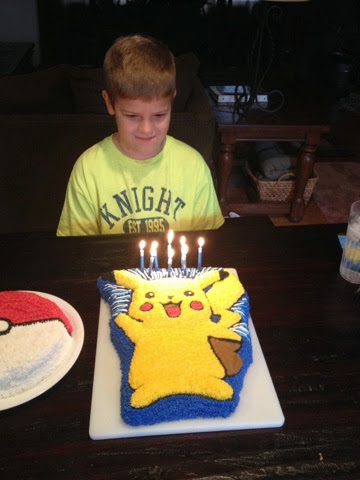 He stayed up until midnight Friday night so I could kiss a seven year old one last time at 11:59. His idea, not mine. 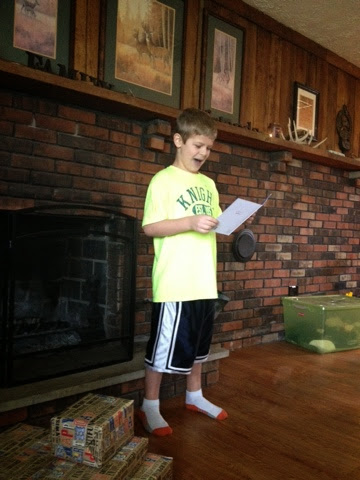 We celebrated at the farm with cake, cards and gifts. A party is postponed until summer. He wants to take a friend to Six Flags instead. 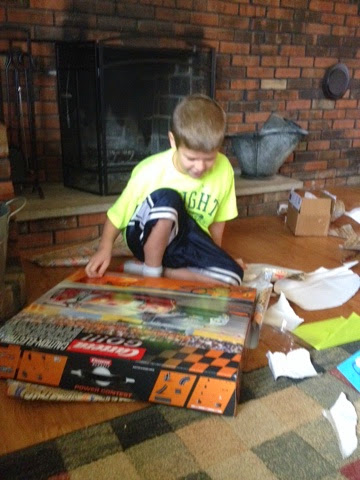 And the birthday present?
A slot car track with race cars and Mario and Luigi cars too. He loves it! 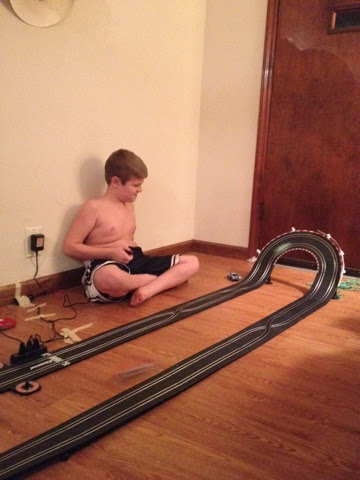 Someone else has a new toy even though it isn't her birthday.
Emily just forked over a pile of cash for a new laptop. 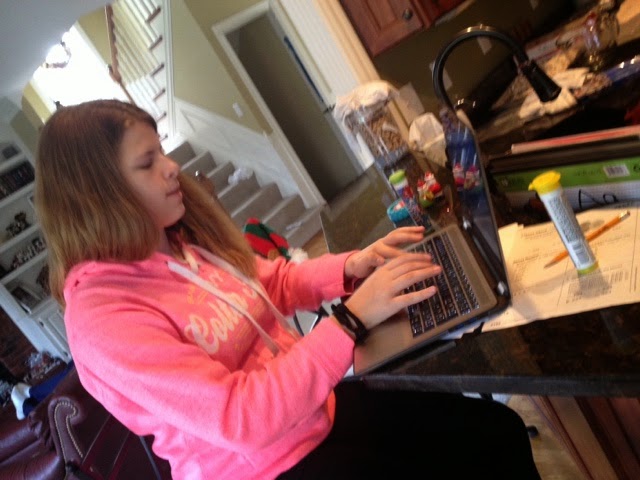