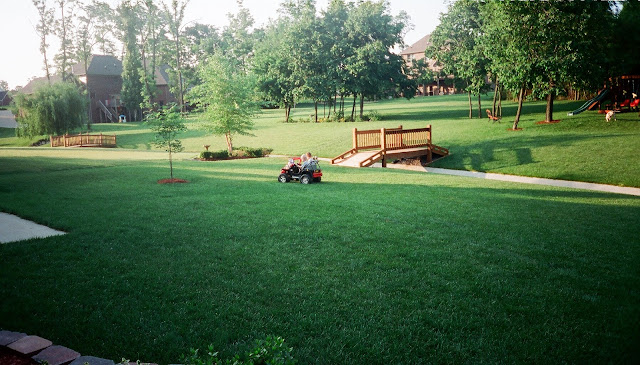 While looking through old pictures, I found this one.
It is John and Nathan driving the PowerWheels jeep around the back yard.
It was taken in 2002. 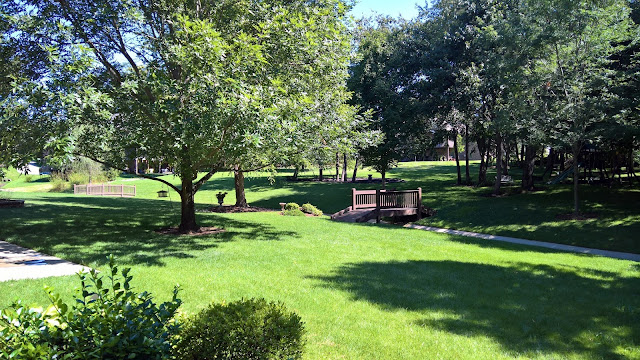 I would say it's changed just a tiny bit.

Another shot of the yard... 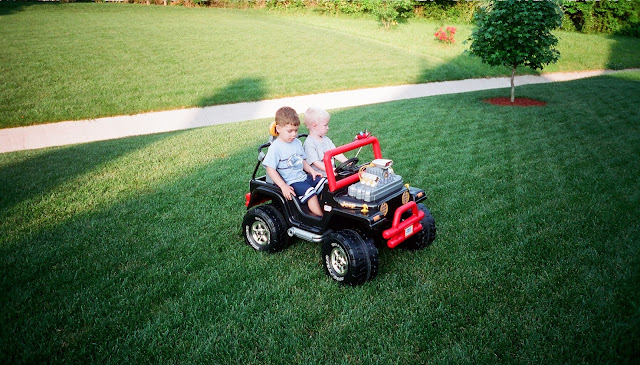 It's hard to imagine it was ever so open. 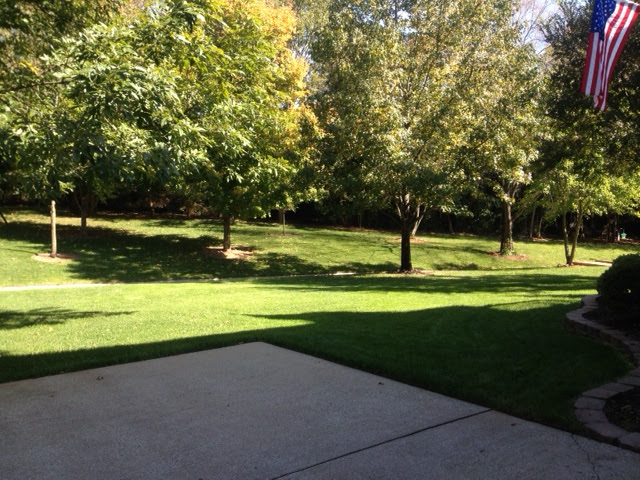 The kids have grown and changed right along with everything else.

This picture was taken of Emily riding her tricycle next to my car. 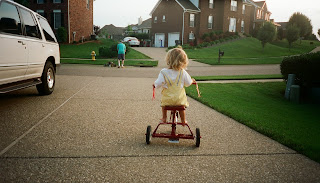 It's the same car that spent twelve years in storage
before it was resurrected and became Emily's car. 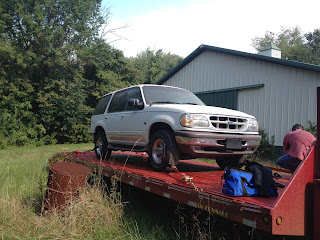 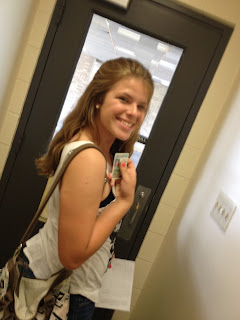 Now we lovingly refer to it as The Mousemobile
thanks to the wonderful aroma of mouse pee. 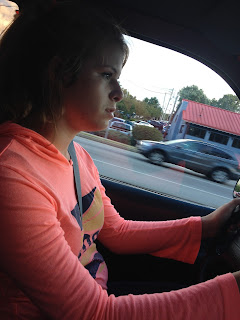 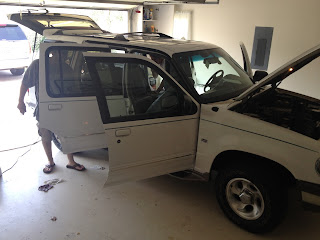 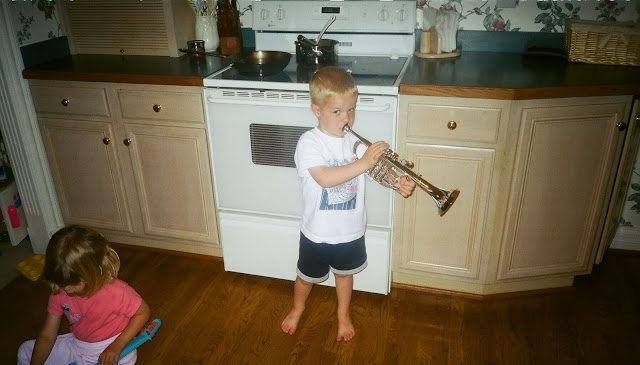 some things DO remain the same. 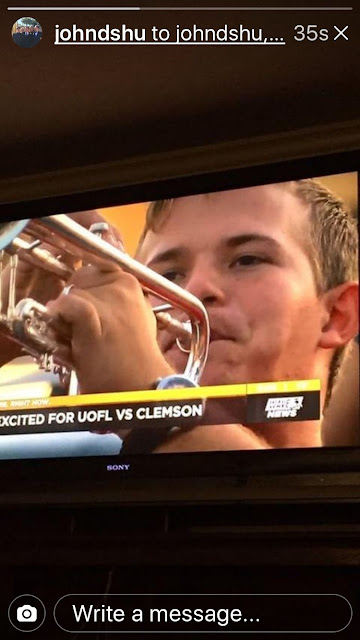 While playing trumpet at the U of L football game,
John managed to get his face plastered on the big screen.

Does that make him famous?

This is a screenshot of a picture from a phone
taken of a television image of the jumbo screen at the football game.
Whew!!

Hope you are all having a good start to your weekend!
Love you!
Posted by otherwise known as mom