The fact that it is the middle of December and my kids have already had three snow days this school year does not make Mother very happy.
I am pulling out the "it is the middle of winter and I am desperate to keep these kids occupied" ideas already and we've not even made it to Christmas yet.
Usually those things don't start happening until at least February and sometimes even March.
Today Grace set up camp with this tent contraption in her bathroom.  We opted to not take baths tonight instead of taking down the tent.  Why should a little thing like hygiene stand in the way of a girl's fun?? 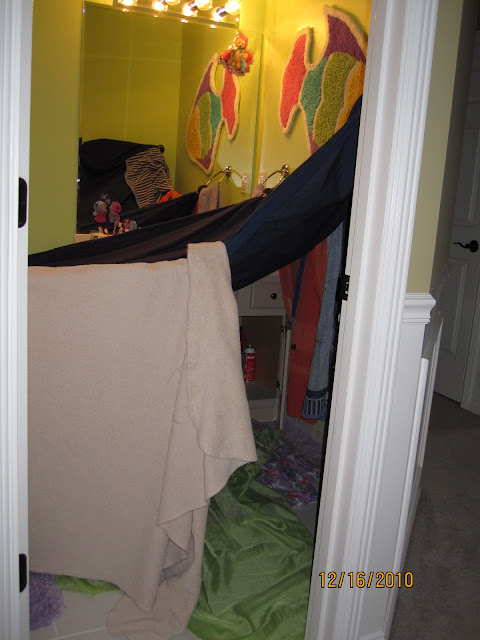 Grant's tent was a little less creative, but not the less entertaining to my newly turned four year old. 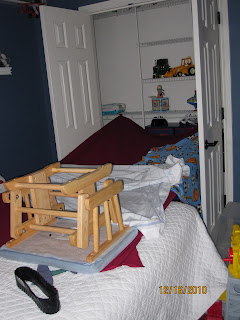 Before all the tent making started today we passed the time sitting at our favorite pediatrician's office.  Grant had his four year check up today.
Everything checked out well.  He was 95th percentile for height and 'off the charts' for weight.  Yes, he's a big boy.  I concur that fact with strangers at least once or twice a week.  They are right.....and my arms are testimony to how heavy he really is.  I don't carry him a lot, but still seem to pick him up more than my arms would care to.
He got three booster shots today.  I gave him the same pep talk I have given all my kids before 'shots day'.
It goes something like this,.........'If you will not scream and throw a fit and embarrass your mother, she will buy whatever your heart desires from DQ on the way home.'
DQ is right down the road from the pediatrician's office so we reiterate this little tidbit on the way to the doctor's office for these particular trips.
Works like a charm.
Grant was no exception today.  He was quite stoic for the first two shots.  By the third one he had tears running down his cheeks, but not a flinch nor a howl was observed.
He selected a Dilly Bar.
Smart kid.

Tonight to kill some time before bedtime I agreed to repaint Grace's fingernails and toenails.
Now that we have a rainbow of colors from puppy days she has a plethora of colors to select from. 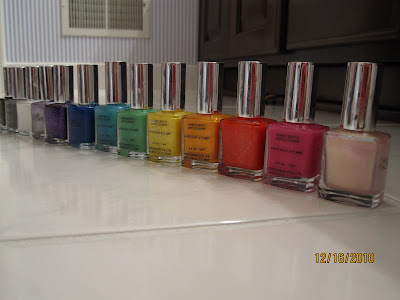 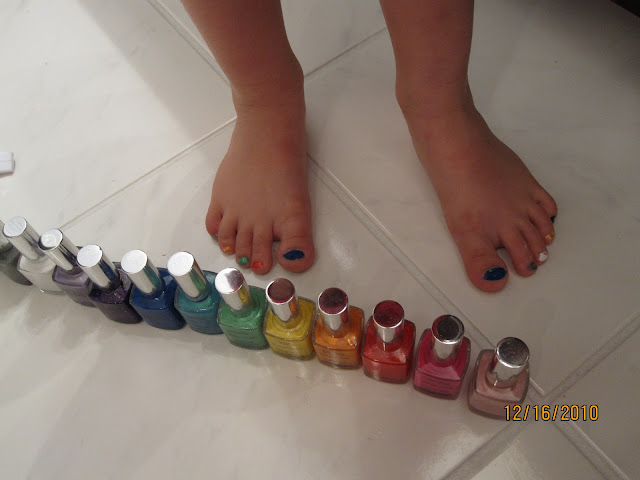 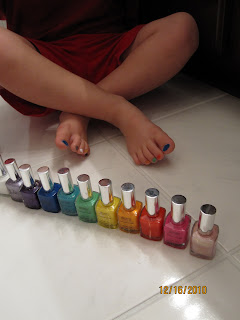 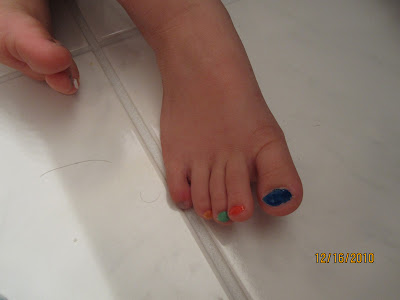 actually belong to this guy. 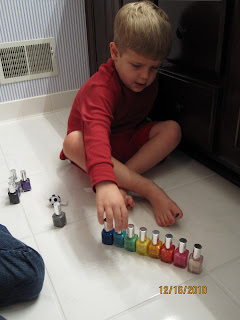 He BEGGED to have them painted.  I obliged.
I did remove the evidence before his dad saw them.
She waited patiently for her turn until Grant was done. 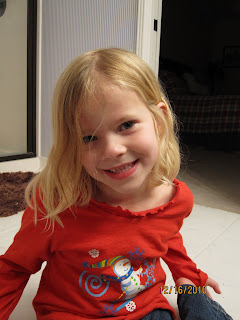 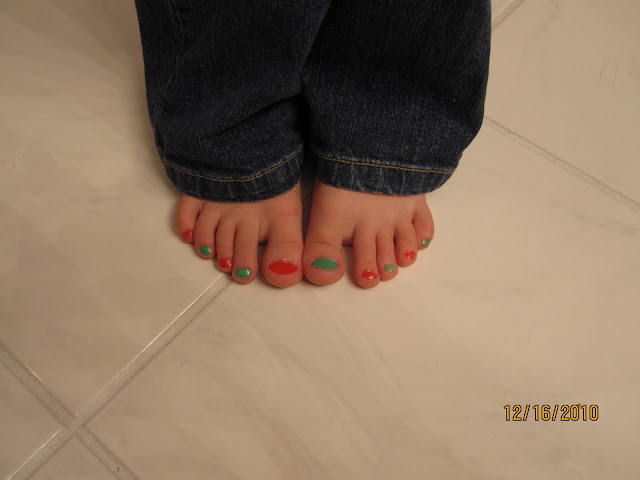 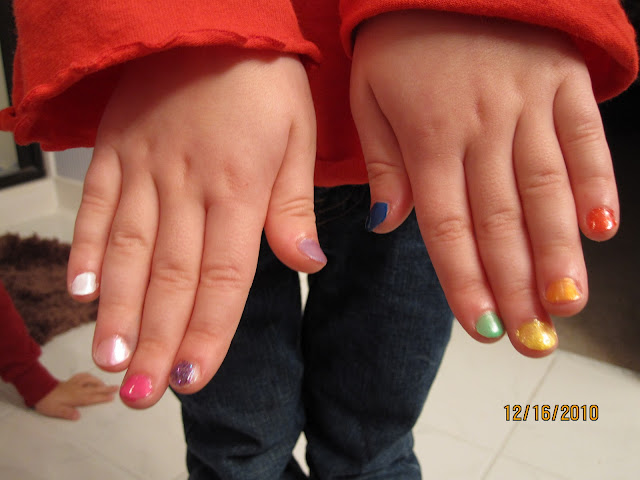