Are you thinking Meg looks a little worried here? 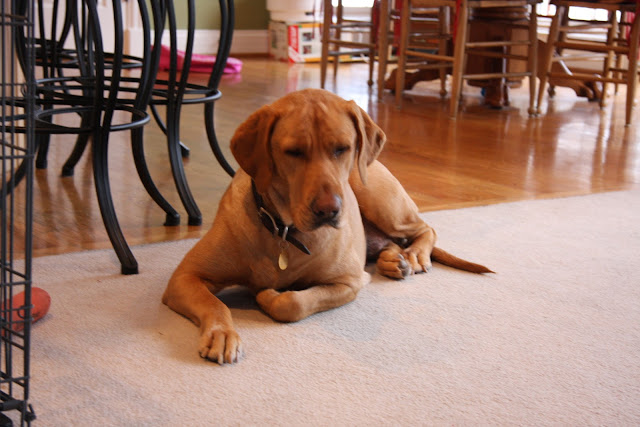 There's a good reason she's a bit stressed these days.

No, she's not worried about whether Santa knows all the naughty things she's done.
(like some others in this house should be.)
She's not thinking about the chew toy that's been missing now for a week.
No,﻿
she's really wondering how in the world those cats got in her kennel and what in the world she's going to do to get them OUT. 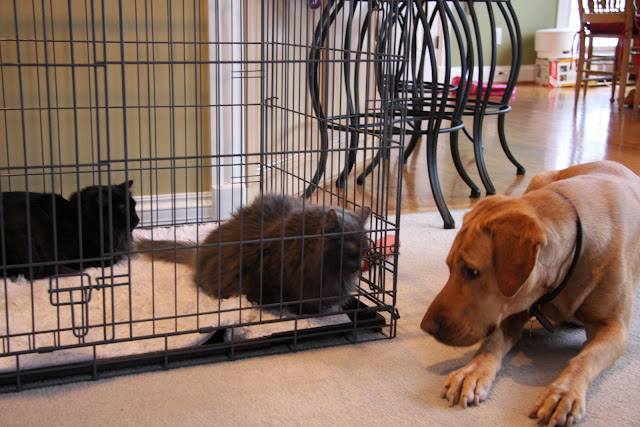 I can't read a dog's mind, but I'm guessing she's pretty stressed out right about now. 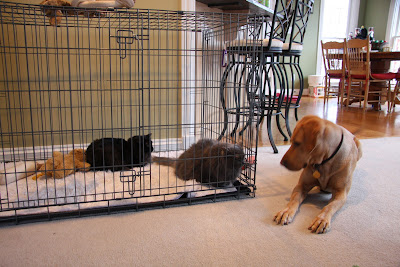 and the cats?
Well, they were just downright furious about the whole thing. 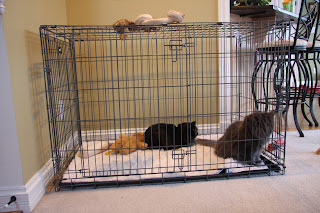 'FUR'ious might be a good word to describe Kitty's demeanor once she was released from her prison. 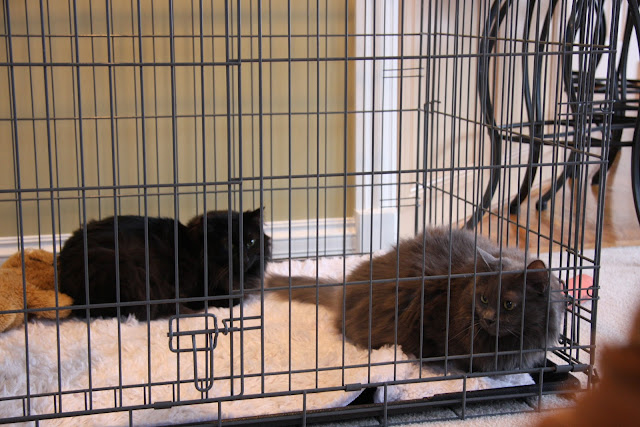 Meg got so worried over the whole thing she wouldn't even look at the cats locked up by the time I stopped laughing and opened the kennel door. 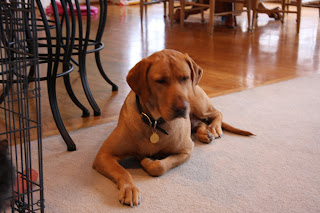 No, I did not lock the cats up.
I'll bet you can guess who did though.
GOOD 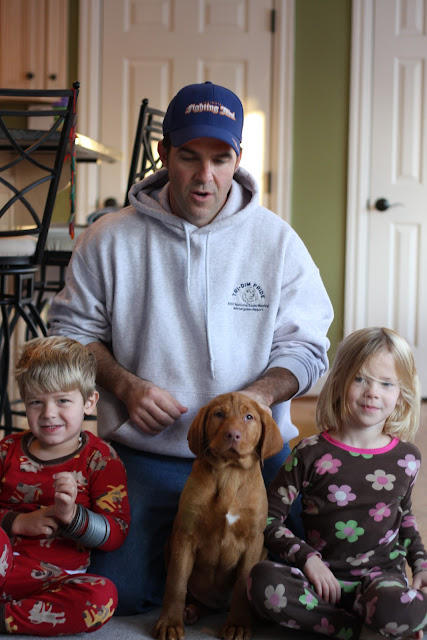 GUESS
By the way, this is the pup that had to be put down.
David gave her a bath and we let the kids play with her in the house before saying their goodbyes this morning.
Grace cried.  Not that unusual considering she's cried when most of the puppies have left the house with new owners.
David took her to the vet to be put down today. 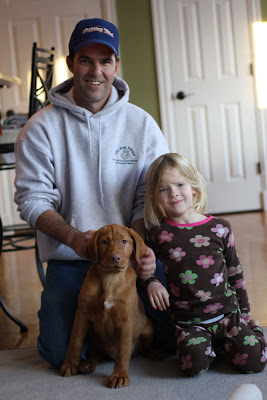 I can't say for sure but there might have been a tear or two shed by a few others over this little pup.
Life goes on.
Some days with a little more stress than others, but hey, that's life.
Posted by otherwise known as mom