sometimes we slide a little mirror under their noses to verify they are still breathing. 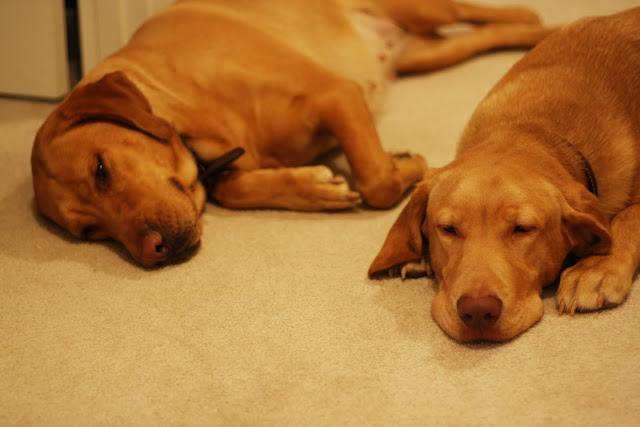 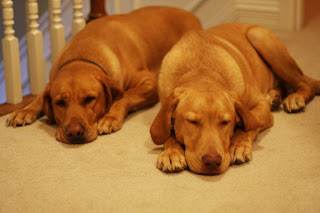 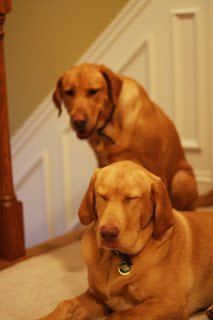 exhausted after a long day napping...... 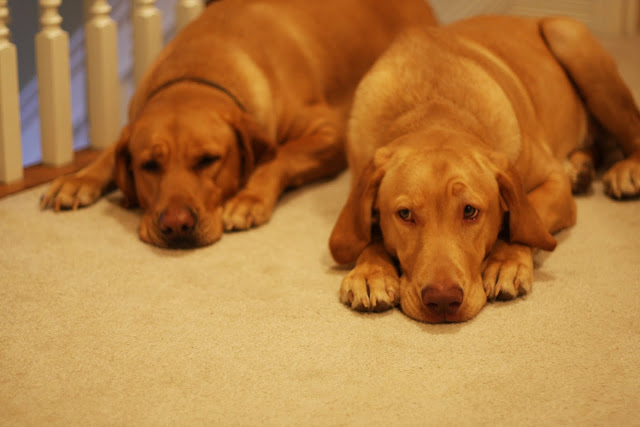 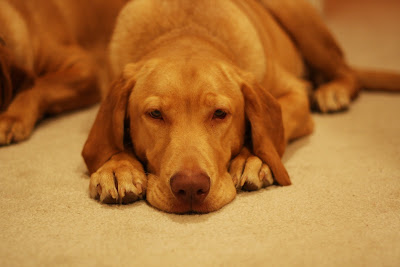 wishing David would get the camera out of his face.. 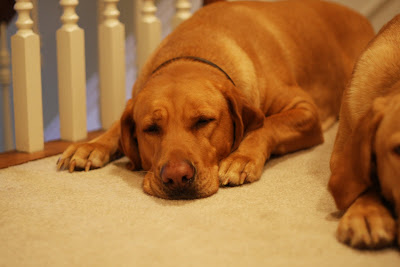 and hers too...
This look says "get lost you Bozo!" 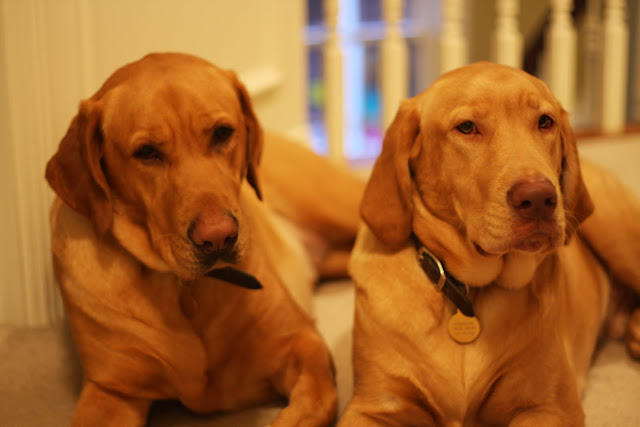 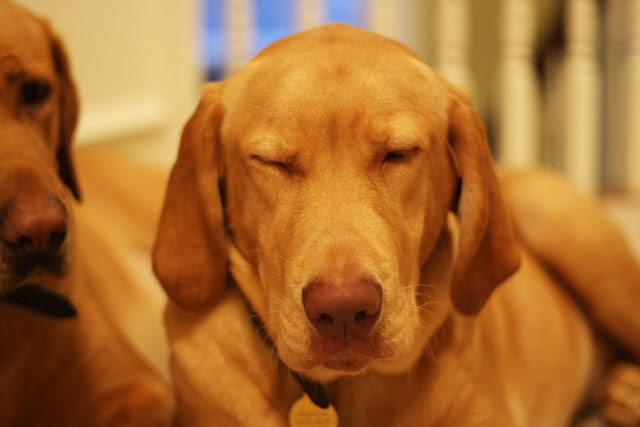 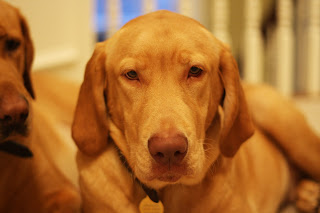 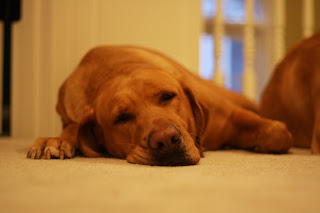 This is about as much energy as they can muster most of the time. 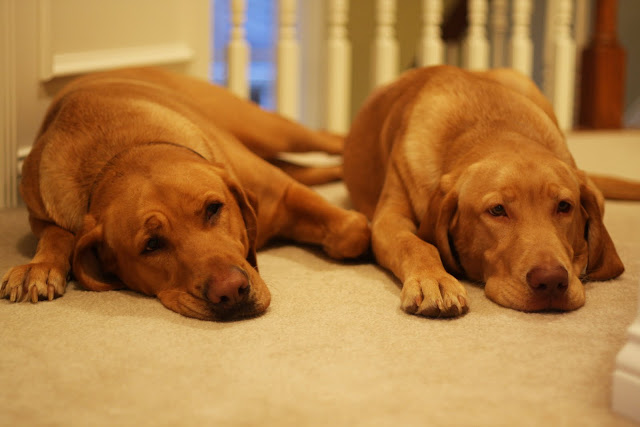 Right now, Remington would probably LOVE to be out lying around the house.  We've had him locked up for a week now letting his hip rest and heal.  The vet said he needed time without activity to get better.  Good thing he's not a high energy dog.  Twenty-three hours in a kennel would drive most pups of his breed to insanity...not him though.  Doesn't seem to bother him at all.
If you're reading Uncle John, it's good to have you back in the states.  I hope we get over that way before you fly off to far away lands again!  Glad to hear your trip has met with success at what you came home to accomplish!
To those in West Salem and surrounding areas.... hope you still have walls and a roof.  It sound like you had an exciting evening yesterday.  We spent the better part of a half hour in the basement with four sleeping kids watching the TV before deciding they were making a fuss about nothing by the time it got to our area.  We headed back to bed pretty quickly after checking the radar.
Not much to post tonight.  John had batting practice. Emily enjoys the evenings without John here when he has baseball.  Grace and Grant are alternating their attentions between improving their bike riding skills and jumping on the neighbor's trampoline.  Fun times at the Shupe home.  We like to keep it exciting.
Good night.  I'm going to bed early tonight.
Posted by otherwise known as mom