Welcome to the Club, John 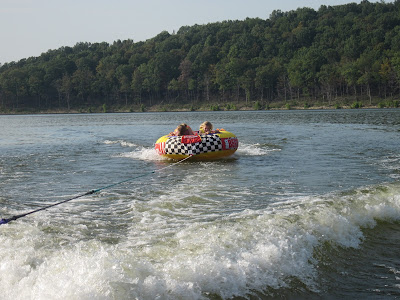 That can mean only one thing at the Zoo.... 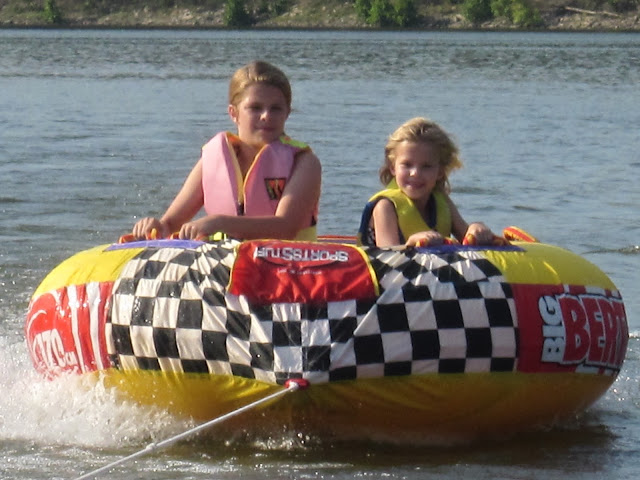 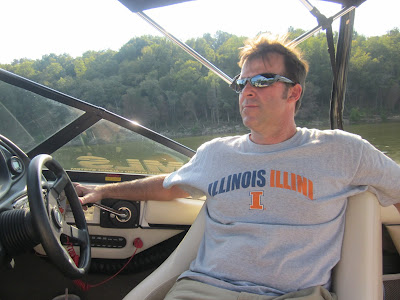 It has seemed the past three or so years that we do ten times the skiing after Labor Day than we do during the traditional ski season before Labor Day. 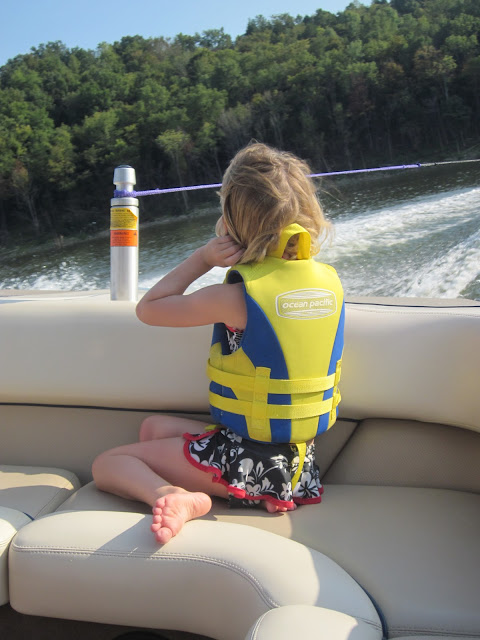 We're such friendly people that we intentionally wait until everyone else puts their boats away for the summer before we even get ours out.

Everyone had a great time tubing and swimming. 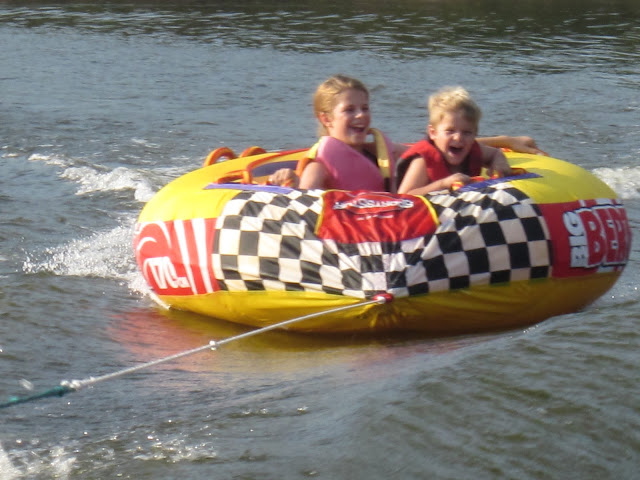 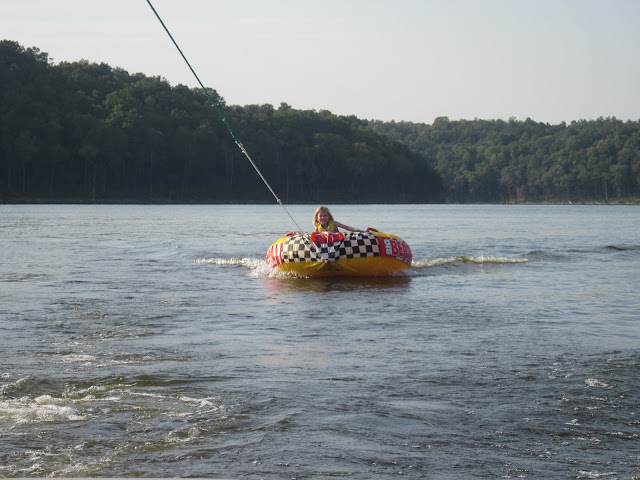 One of the best parts for the kids is driving. 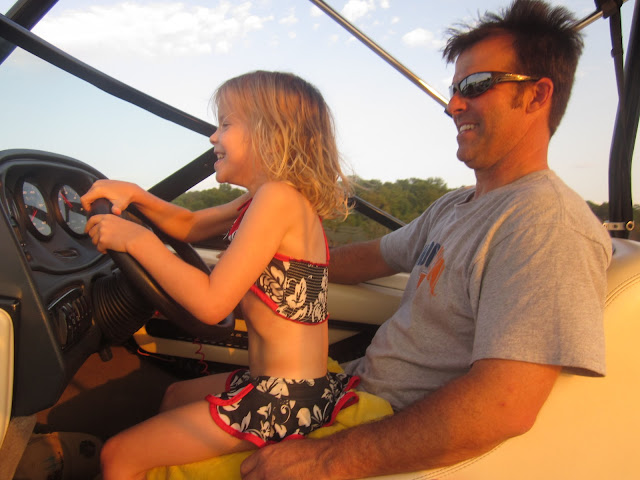 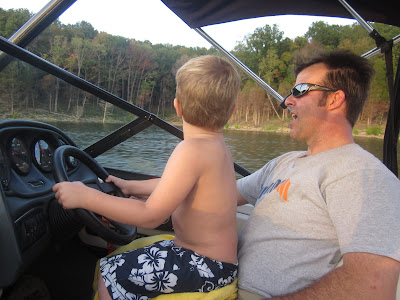 Some are getting too big to need a booster l @ p to sit on, but they still enjoy the driving part. 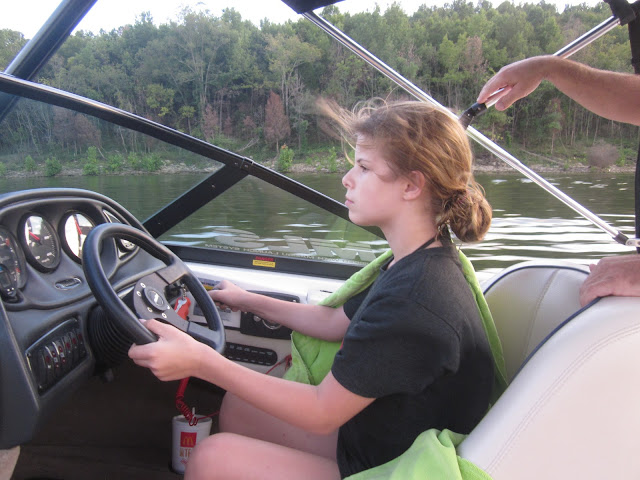 And now for the highlight of the evening..... 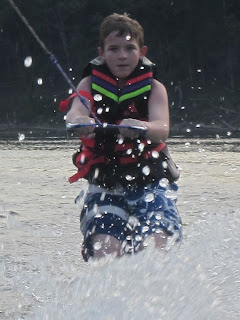 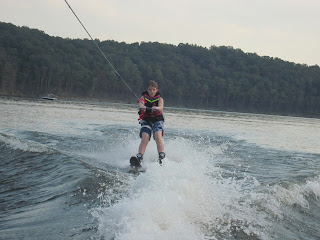 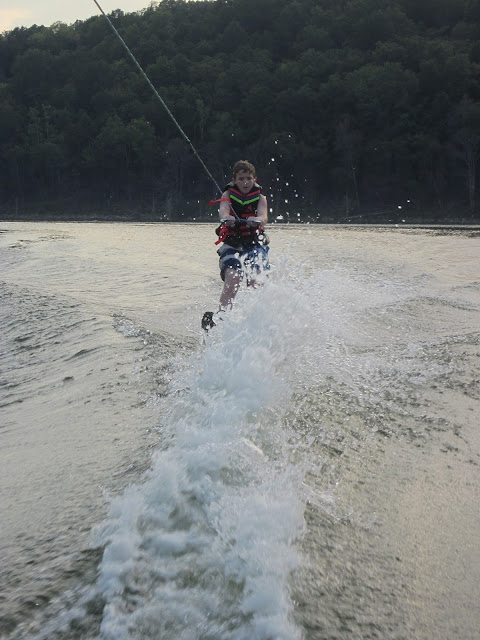 John made it up at least four times before quitting for the night. 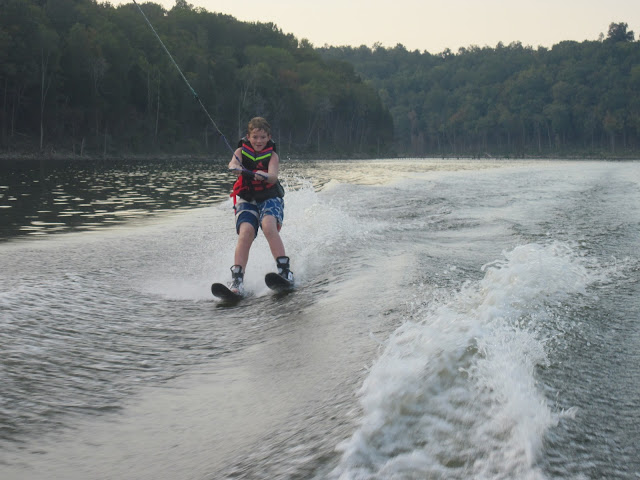 He even made it across the wake and was up for more than ten minutes.
(I'm guessing there.  I really didn't have a stopwatch going.)
(really) 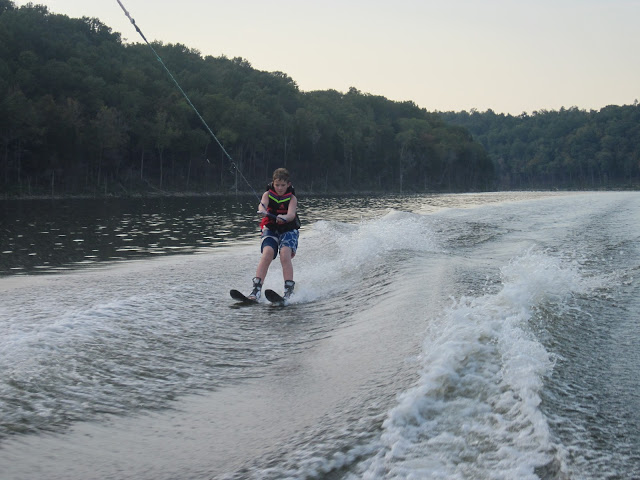 Welcome to the world of skiing.

David took his turn on the skis too.  I don't have pictures though seeing as how someone was needed to keep their eyes forward and their hands on the wheel while he skied.

(I just spent five minutes trying to figure out if that's how to spell the past tense of ski.  It just looks weird spelled like that.  The only thing I learned is that other people also are baffled by the correct spelling. It's comforting at times to know I'm not alone in my insanity. HA!)

Anyway, skied or skiid or skiied.....David did that.  He did a good job too.