This is a pretty good artistic representation of our life..... 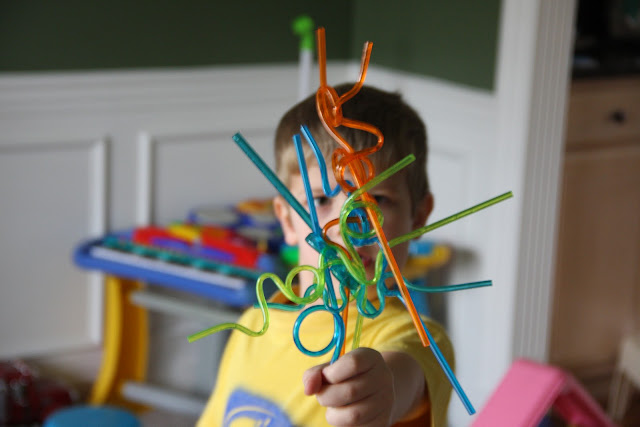 To quote the Grinch...
"mangled up in tangled up knots!" 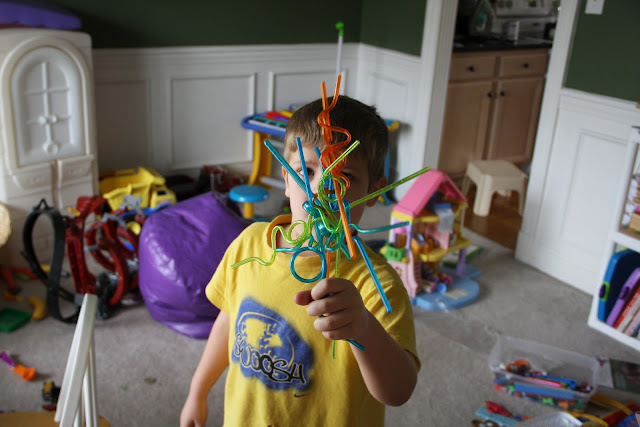 It was actually Grant playing with silly straws.
You can tell from the background he has a severe shortage of toys to play with.

His nose is fine.

So is the wall he crashed into.

The truth is I was standing right beside Grant waiting to clean his face up but David was holding him and took the picture before I started washing him off.

we are not so insensitive as to let our child suffer unnecessarily for the sake of a picture.

Well, MAYBE for a really good picture we would.

This is one for the record books.

Why would I spend all of my spare time photographing bouillon cubes you ask. 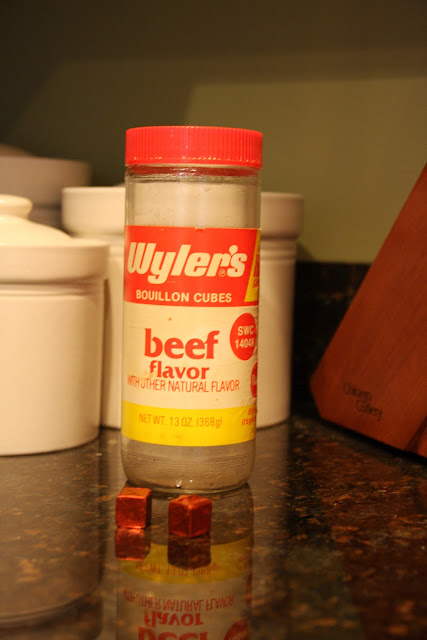 The answer is pretty simple really.
This picture represents the last two cubes from a jar David bought when we were first married.

Surely that is a record of some sort.

I had to take a picture of the jar before tossing it in recycling.
That jar has been to every house we've ever lived in.

It's seen a lot of history.

like this one of a partially consumed bottle of vodka. 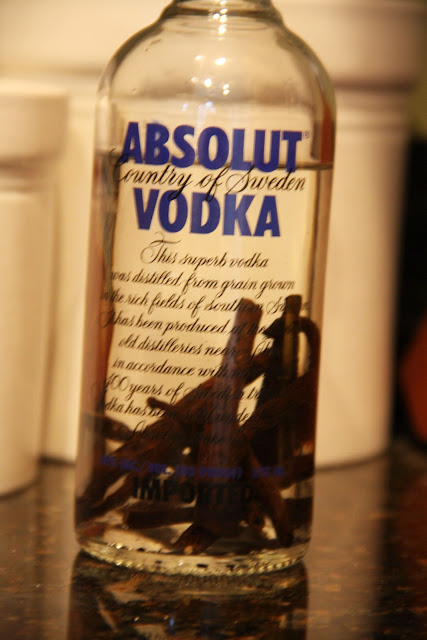 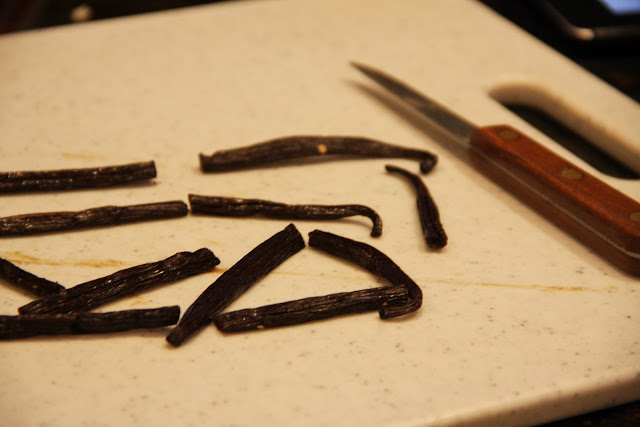 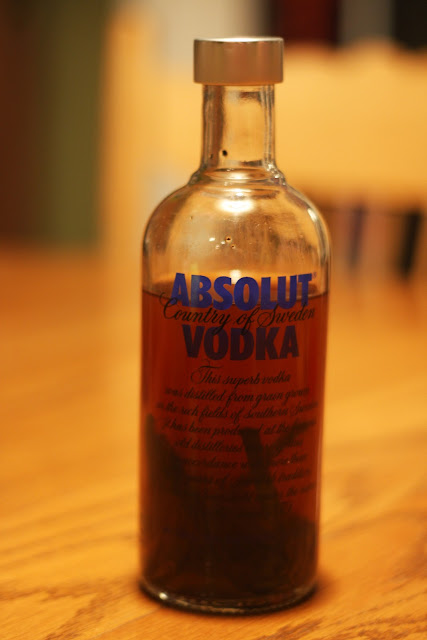 Still not a finished jar of vanilla extract, but it's getting there. 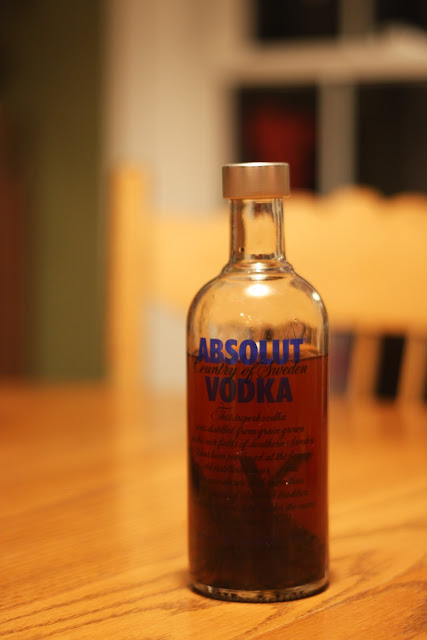 My latest foray into the world of 'homemade stuff' was making lye soap.

It actually turned out pretty good.
It has been one of my more successful science experiments.

I might quit buying soap at the store and get my lye kettle cooking on the fire out back like Granny Clampet instead.

I'm sure the neighbors would appreciate that.

Have a good evening!
Posted by otherwise known as mom