Lots of pictures to catch up on posting.

Somehow last week flew by with me barely even sitting down at the computer.
Baseball for John is in full swing (pun intended) so we're running somewhere about four nights a week with him now.

I'll have to get some good pictures of him playing to post here.
So far the team has lost their first two games.  Hopefully we don't have a repeat of last season which was almost a complete bust.  We did switch leagues.  I think this group is much more organized than last year's.  Plus there are eight teams instead of only three.

The-glass-is-half-full person might note that at the very least he has seven other teams to lose to instead of losing to the same two teams over and over like last year.
Hopefully they are just off to a rocky start and it won't be that bad of a season.

Grace and Grant spent many hours in the sandbox.
I foresee many hours of dusty fun in their futures this summer. 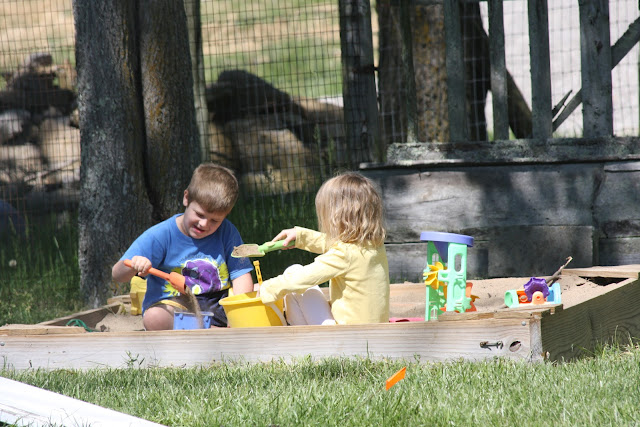 John and Emily had lots of fun too....

Don't they look like they're having the time of their lives? 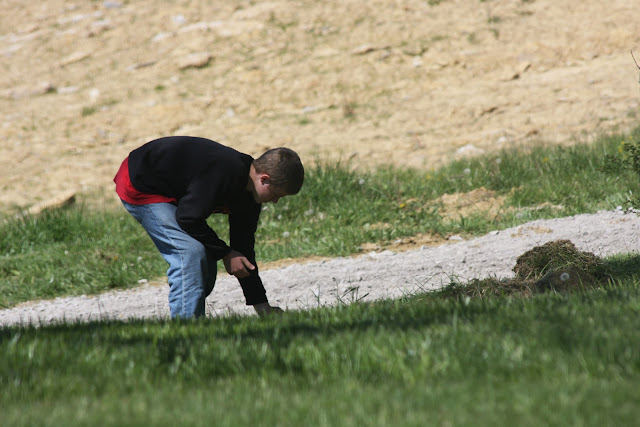 They were hauling sod from the orchard and filling in low spots in the yard.
Don't feel too sorry for them.  They didn't get overworked while we were there. 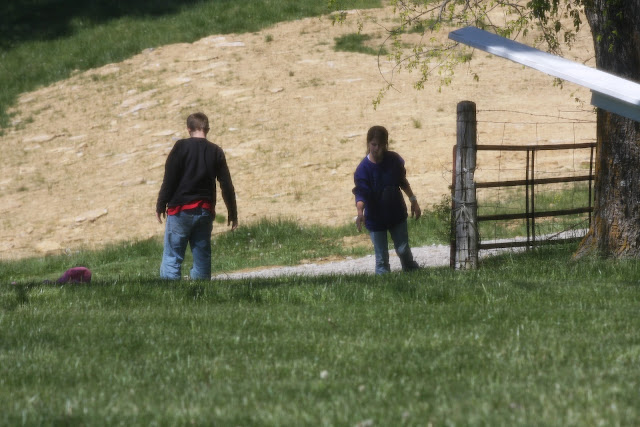 Their hard work did pay off in the orchard though.
We got the sod cut from around all the trees and mulched them all.

The white mulch is shredded paper from the office.
We tried it last year with pretty good results. 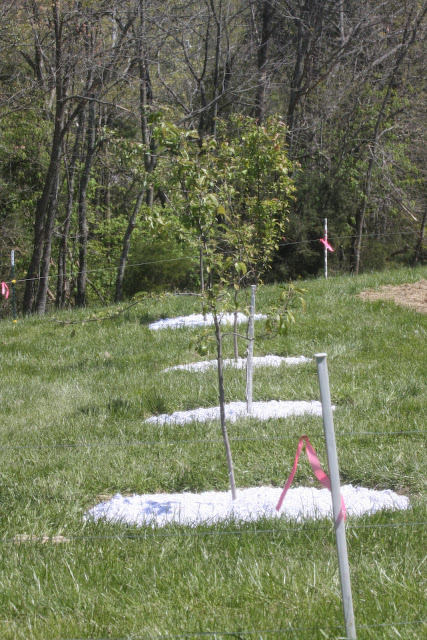 See?
They did plenty of this too. 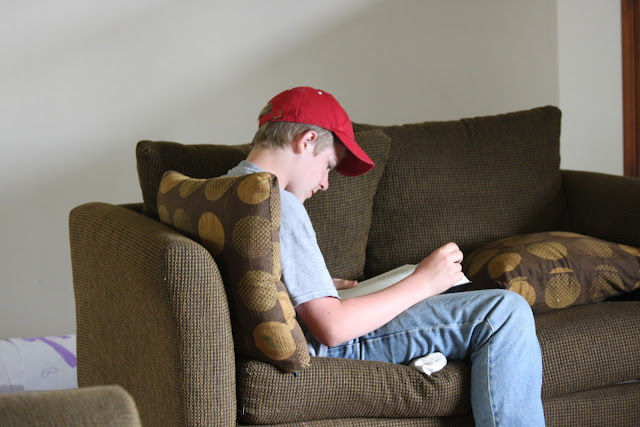 They didn't suffer too much from hard labor. 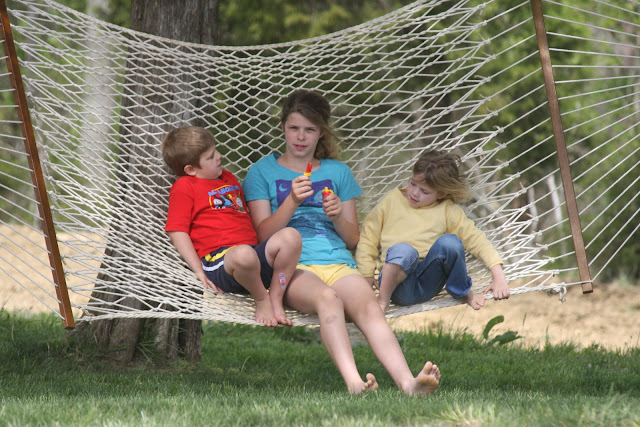