Cows and monkeys and butterflies

These two characters are rather cute, 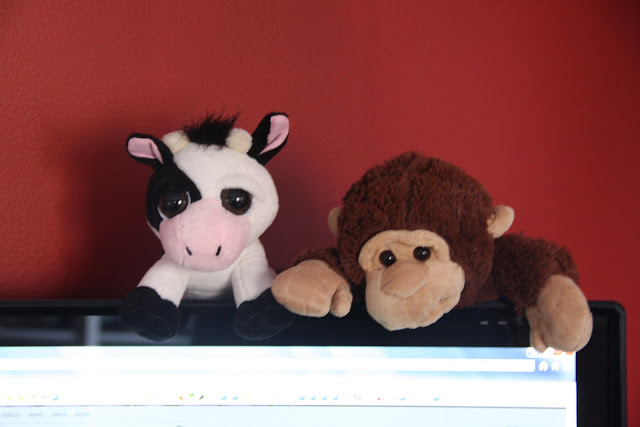 but after several weeks of them staring at me while I worked on the computer
I finally had to move them somewhere else. 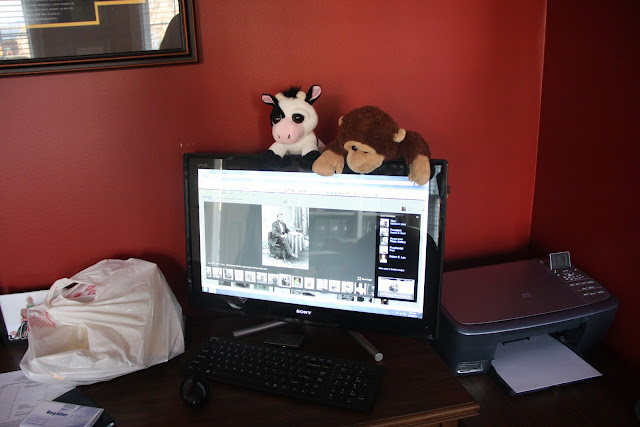 The cow first appeared atop my computer screen after Charlotte left.
Her mother gave us the cow to remember Charlotte.
Long story about the cow.
I won't explain.
A couple days later Grant placed his monkey beside the cow.
He told me he didn't want Charlotte's cow to be lonely like he was since Charlotte left.
He said it made him feel better to know the cow had someone beside her.
How do you argue with that?
~~~~~~~~~~~~~~~~~~~~~~~~~
I am running low on creativity right now.
When the kids wanted to make a tent the other day, I told them to go ahead.
I didn't help.  I didn't suggest.
I hid.
Big mistake 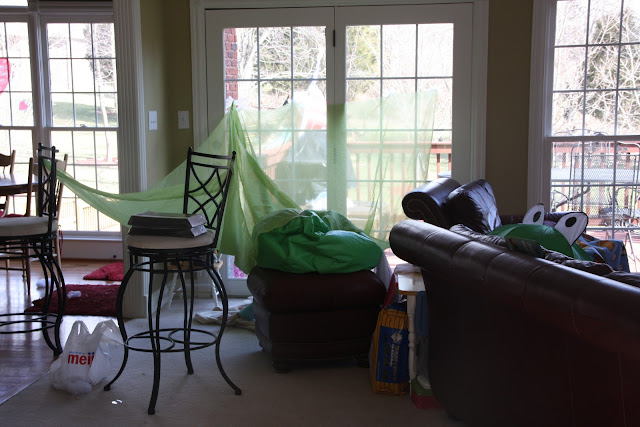 This is the tent they built. 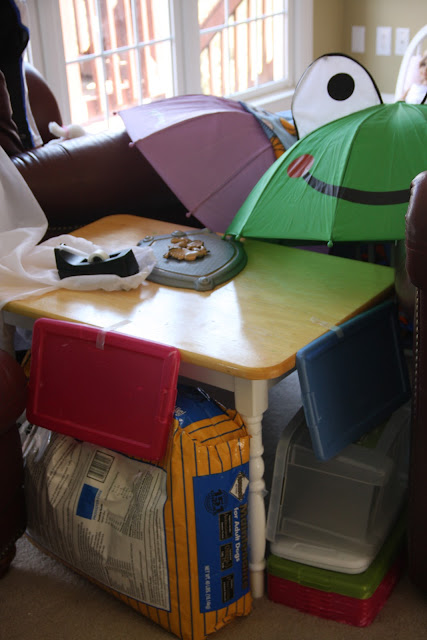 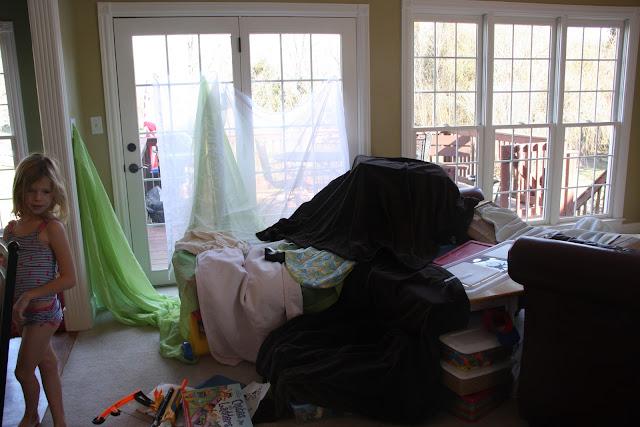 Also notice the liberal use of tape
on my walls
and windows
and furniture
and floor
Yeah.
I should have helped with the tent.

I spent a week scraping ten dollars worth of tape off every surface in the living room.

Grace and I went to the science center downtown tonight for her school's family night.
We had a fun time.
No one else wanted to go with us.
The IMAX show was about Monarch butterflies.
We learned a lot and had a good time.
Time well spent with my youngest daughter.