Not really.
Just found these pictures in my slowly shrinking TO DO pile....
These were taken when Grace and Grant got to ride in a firetruck back in the spring.
They were so excited. 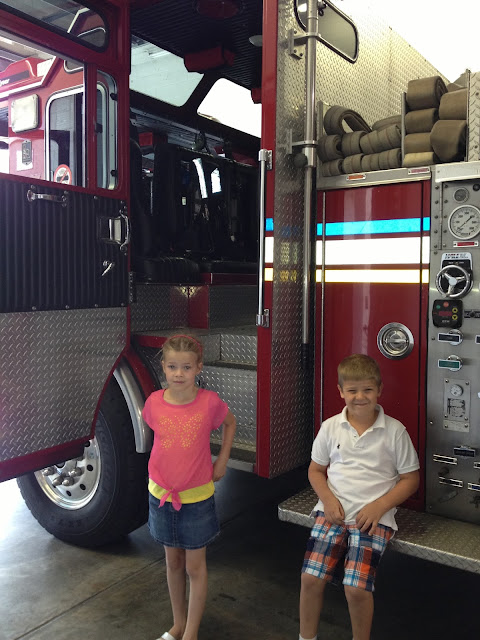 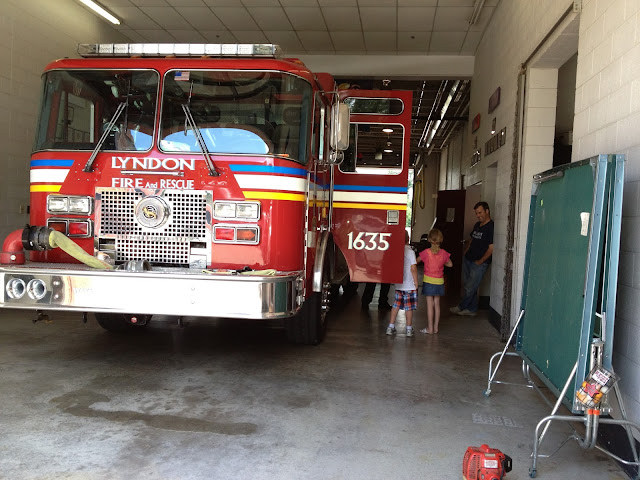 See their honorary fireman shirts?
The gentleman kneeling between Grace and Grant is Fireman Joe. 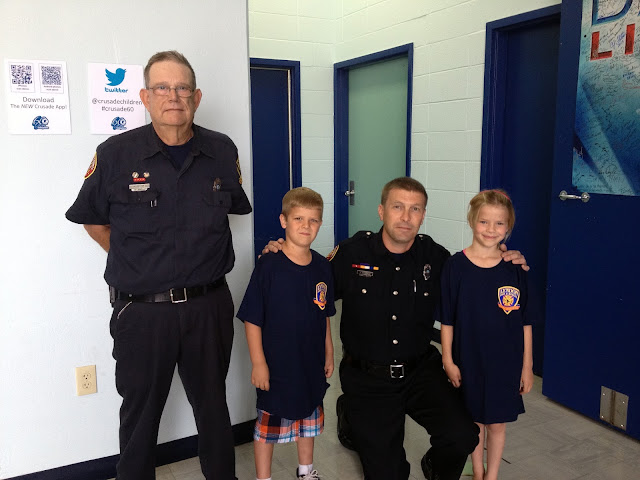 He frequently can be found at the elementary school.
I have heard about Fireman Joe since John and Emily were in first grade.
He is a great guy with a huge heart.

I followed them down in my car.
Grace and Grant were shocked that I didn't want to ride in the truck with them. 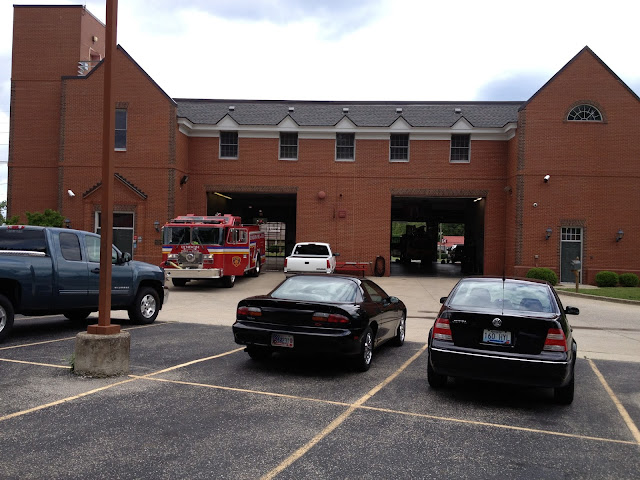 Joe let the kids wear headsets and play with the sirens in the cab. 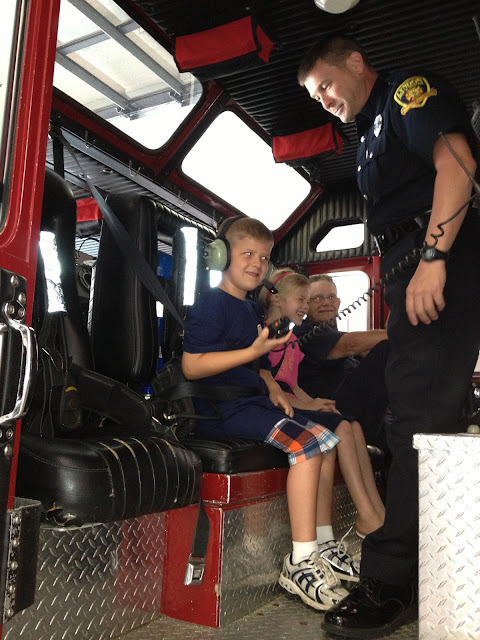 Here they are making their television debut
at the WHAS Crusade for Children. 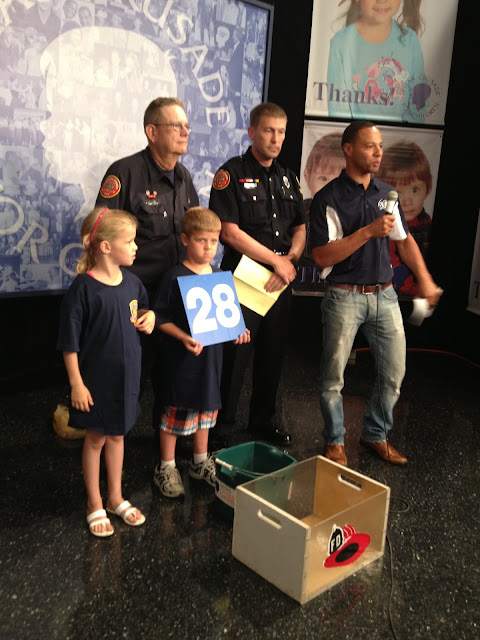 This camera guy was having a great time zooming in on Grant.
Grant was making some pretty amazing faces at the camera. 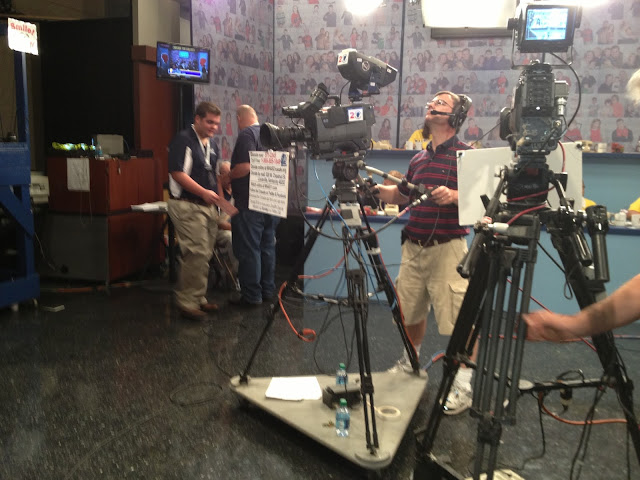 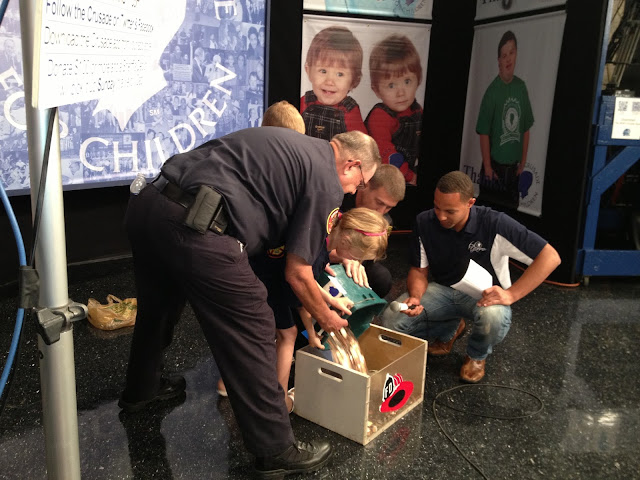 The local firemen spend a week collecting donations to help Kosair Charities.  The firemen will go door to door taking donations as well as work the major intersections in town gathering donation.
This money funds Kosair Children's Hospital.  It is a huge undertaking and has been going on for more than twenty-five years.
What a great bunch of guys and what a great thing they are doing for our community and our kids.
God Bless Them