Today's lesson is brought to you by the color pink.

Spent yesterday doctoring the sick and infirm.  Oddly, there was not one word of complaint over taking the medicine.


There was, however, quite a bit of mooing 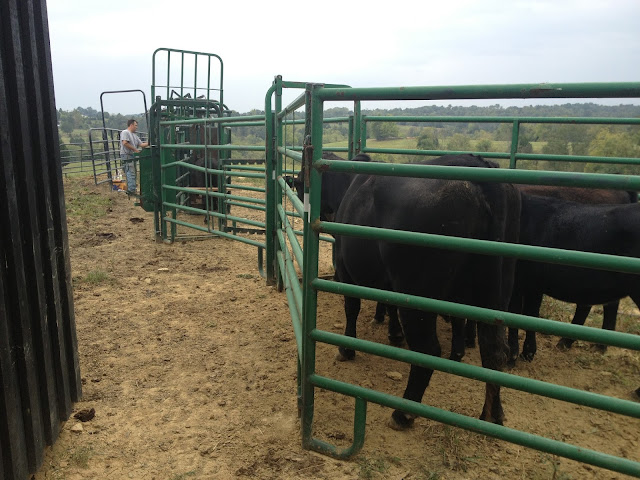 Here's the story....the short version anyway.....
Neighbor's cows get out and wander onto our fields.
Neighbor's cows eat our deer plot of corn.
Neighbor's cows say howdy to our cows.
Neighbor's cows stay a few days to visit before neighbor decides to take them home.
(well fed may I add)
A few days later, our cows have pink eye.
the end
There is a reason for the saying
Good fences make for good neighbors.
I know where the next fence needs put on the farm!
Grace went to Kroger with me Sunday.
She did not know the momarazzi was stalking her. 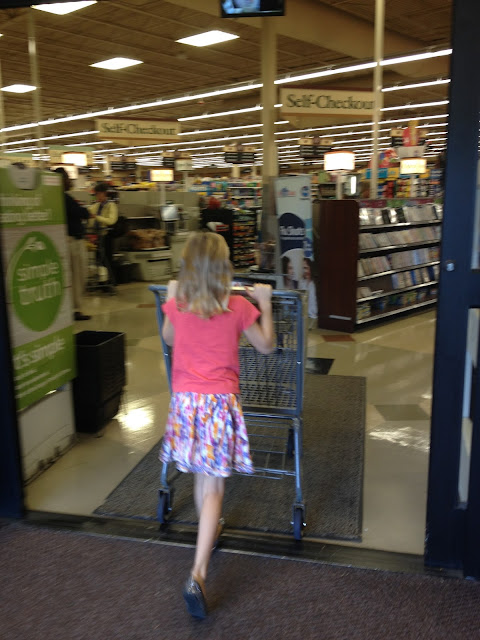 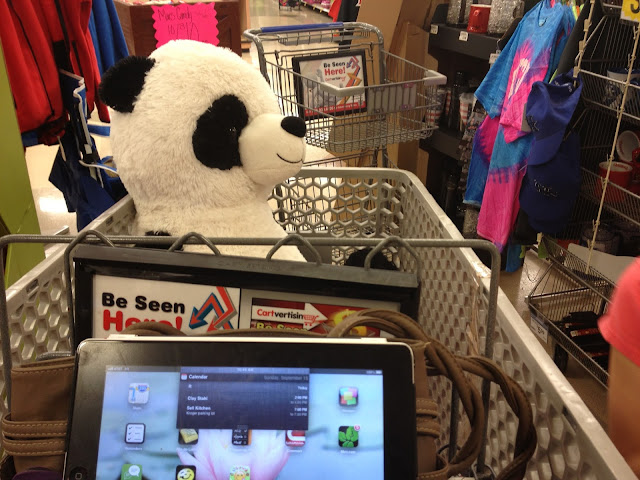 Grace wanted this thing.  I told her she had to pay the twenty-five dollars to buy it.  She agreed, so Mr. Panda hopped aboard the cart for his first shopping adventure with the zookeeper (me).
When the cart was full, Mr. Panda hitched a ride with Grace through the rest of the store. 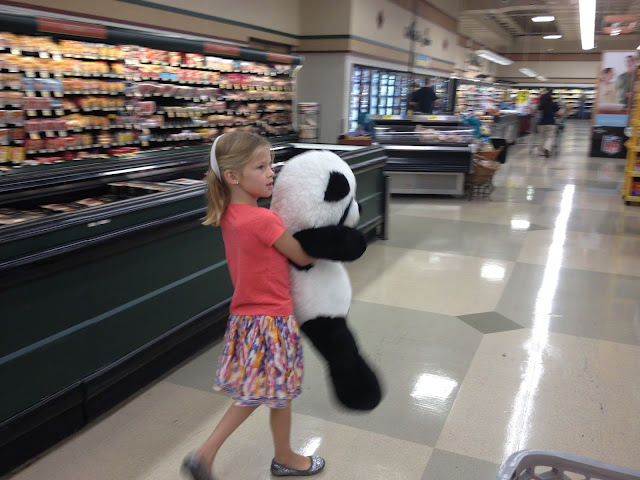 She had no idea I was taking pictures.
Well, obviously she knew I took this one as we prepared to check out. 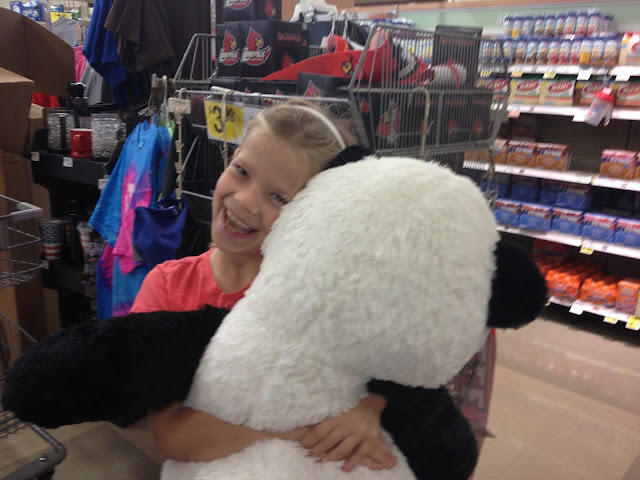 When the time came to pay up for Mr. Panda, she gave him one last hug then decided she liked her twenty-five dollars too much to part with it.  Mr. Panda was unceremoniously tossed back into the bin with the other overstuffed creatures awaiting adoption.
Wise choice, Grace!
Pandas eat too much.  We can't afford him.
Here is the momarazzi at work again this week.
This is the new location of All About Kids where Grace and Grant do swim lessons.
It is only a few miles from home, saving us a lot of time getting to and from lessons each week.
Yay! 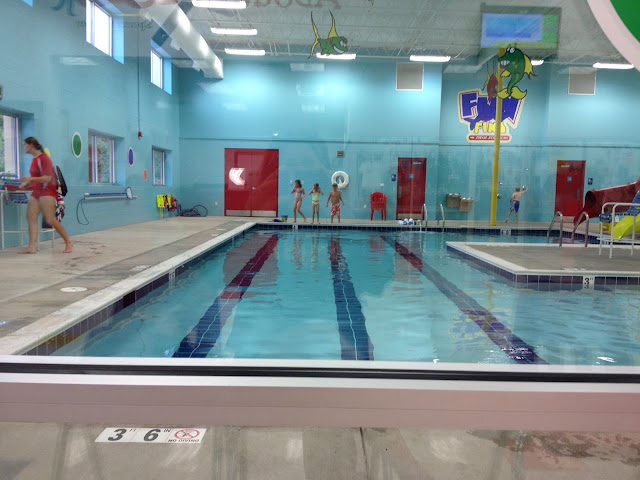 The owners opened this facility in an old Wal-Mart building.  It makes pretty good use of the space if anyone is looking for a new business endeavor.
Grace working on her fish impression... 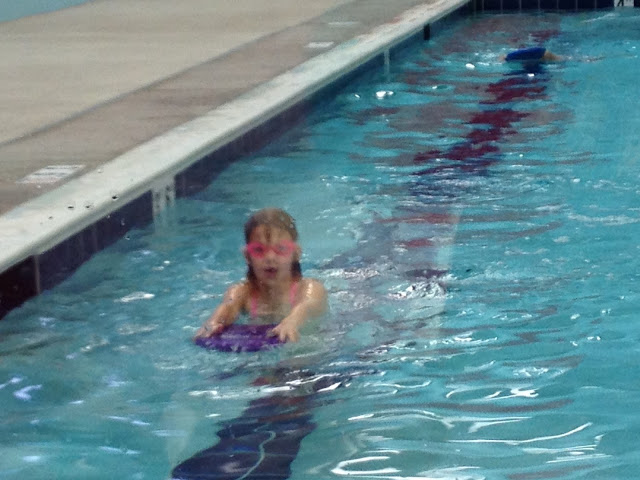 Mr. Manatee, Grant, making his lap of the pool... 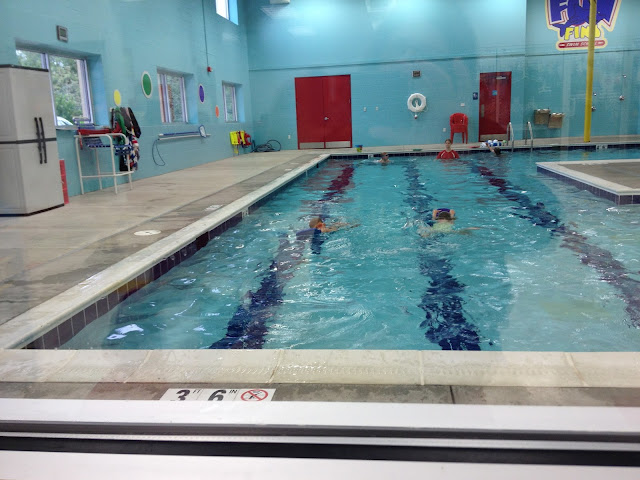 I think he surfaced twice the full length of the pool
confirming my suspicions that he is full of only two things...
blubber and hot air.
There's only four kids in the class so they do lots of laps in a twenty-five minute lesson.
He is pretty tired by the end.
Posted by otherwise known as mom