ServPro checked our basement yesterday.  The man who I spoke to said we were doing everything possible to get it dry.  Without elaborating too much, I told him we had dried out water leaks before.  He offered us a job with ServPro for the next few weeks.  I declined.

The insurance adjuster showed up this morning.  Not much to report there.  He looked.  He measured.  He talked.  A lot.  He will turn in an estimate to our insurance.  My goal is to get things put back together without insurance paying anything.  Our deductible is high, and we will get little from the insurance except higher premiums in the future.


John is doing great today.  He doesn't have much pain and is up and about.  I will know he is fully recovered when he starts agitating Emily again.  He's not there yet. 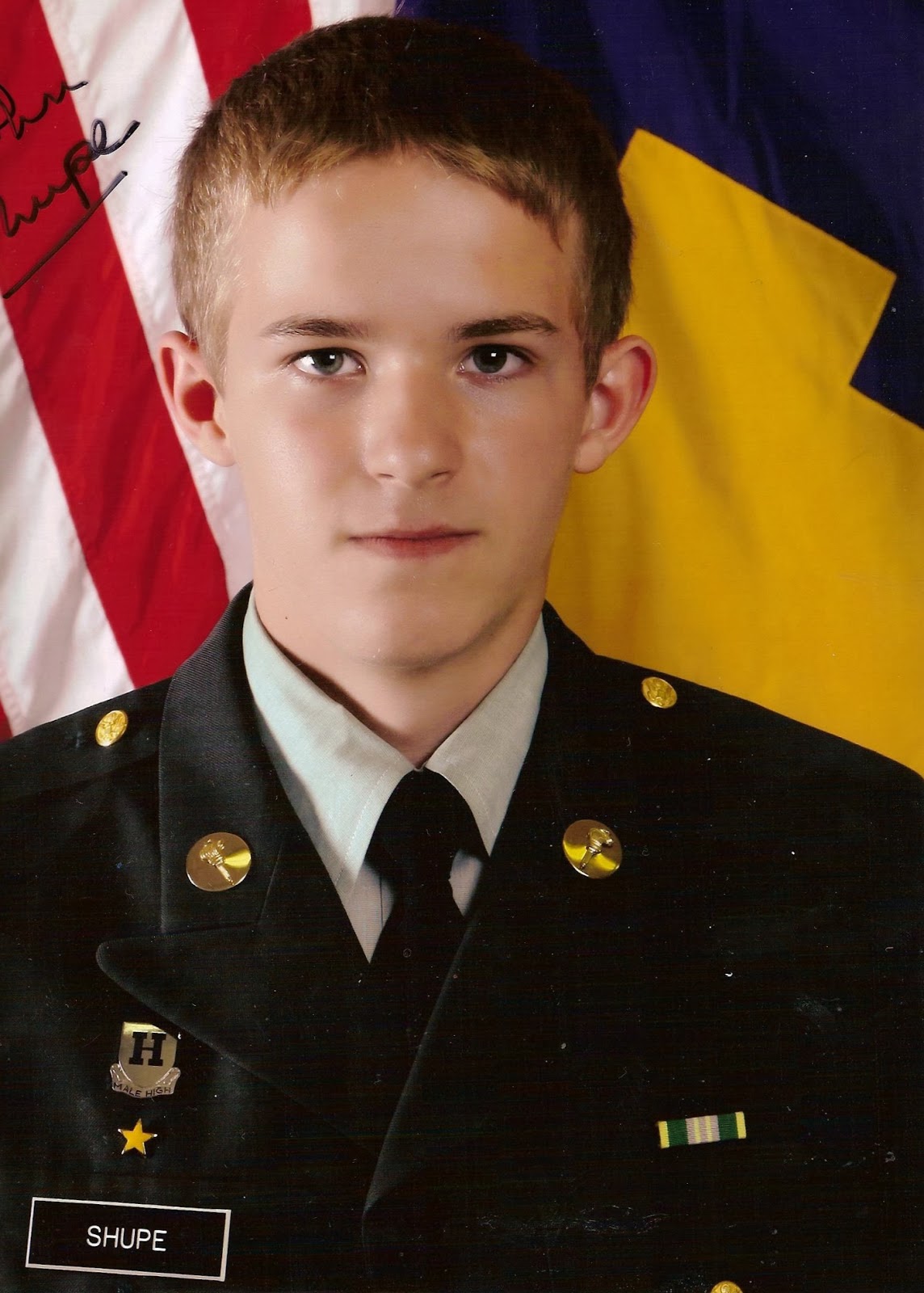 John wants to stay in ROTC next year.  If he does, he will have to take Latin online to meet his foreign language requirement.  He and Emily took a one semester health class online this year so they could be in both band and ROTC.  The online courses aren't too bad so I imagine he will choose to do Latin online next year too.  He's not ready to drop band.
John was promoted last week.  He is now the same rank as his sister.
Emily must now cease teasing him about being a 'slick sleeve' though I'm not sure they are using that term correctly.
John's busy working on his music including trumpet at school and piano at home.  His new interests are the acoustic guitar and the banjo he received for Christmas.
He has announced he does not plan to play baseball this spring after participating for six years.  We'll see if he hangs up his cleats for good.
JROTC 2013 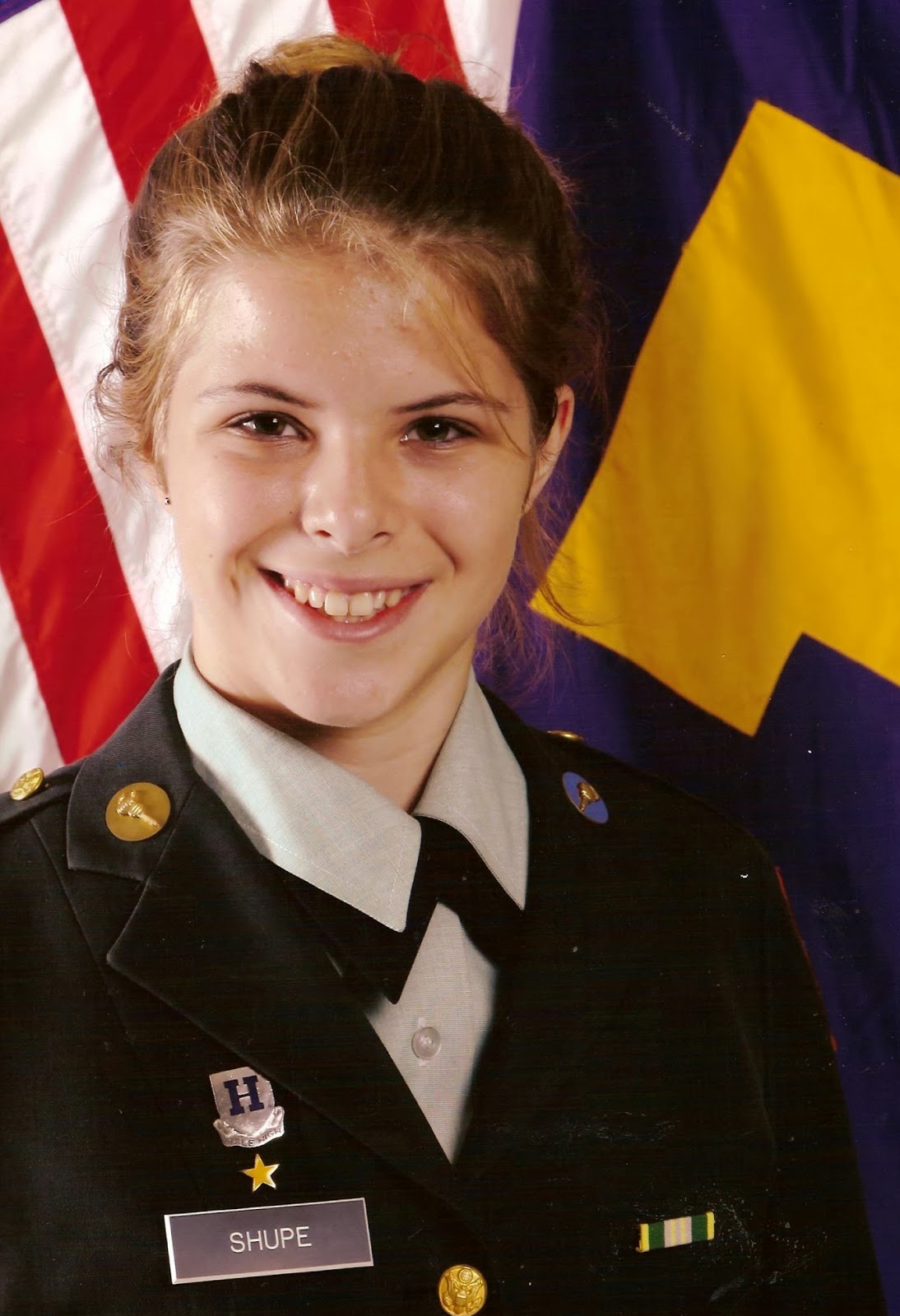 Miss Emily likes ROTC too.  She is NOT in love with wearing her uniform.
She will retire from military life at the end of her freshman year with no regrets.
Emily is taking piano lessons and playing her flute in school.  She plans to continue with band next year though she would drop piano like yesterday's news if her cruel mother would allow her.
She isn't playing any organized sport, but her big love is horses.  She loves to ride.  I only wish we had more opportunities to ride.  It seems like there is always something that needs done more urgently.
3rd Grade
﻿ 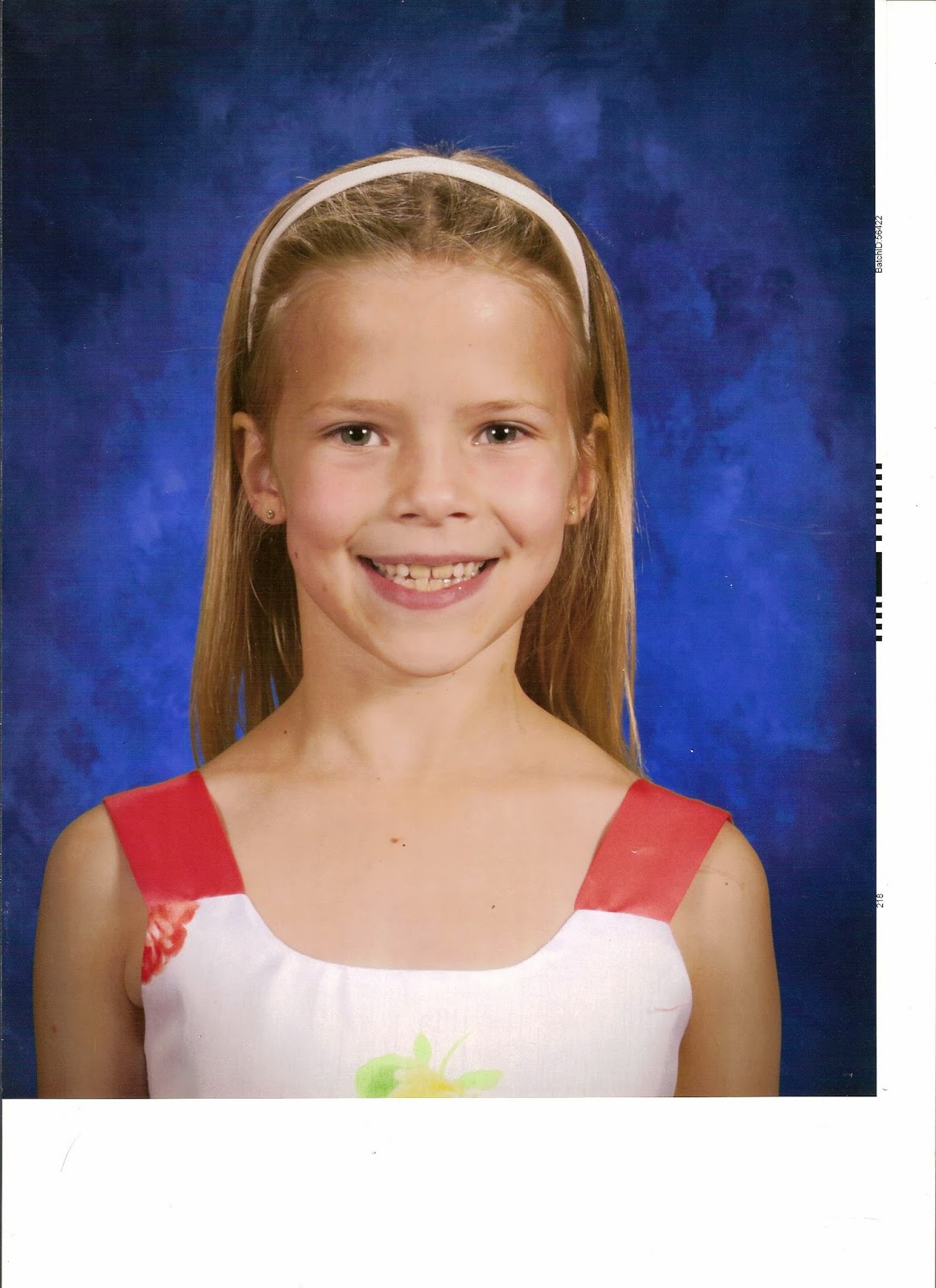 She is the master of multiplication and division facts to twelve.
She is preparing to lose her seventh tooth and will soon become the newest member of the family to sport braces.
Also, she just graduated from the swim program at All About Kids because she has completed the highest class they offer.  I shall henceforth refer to her as Aquagirl.
Not really.
1st Grade 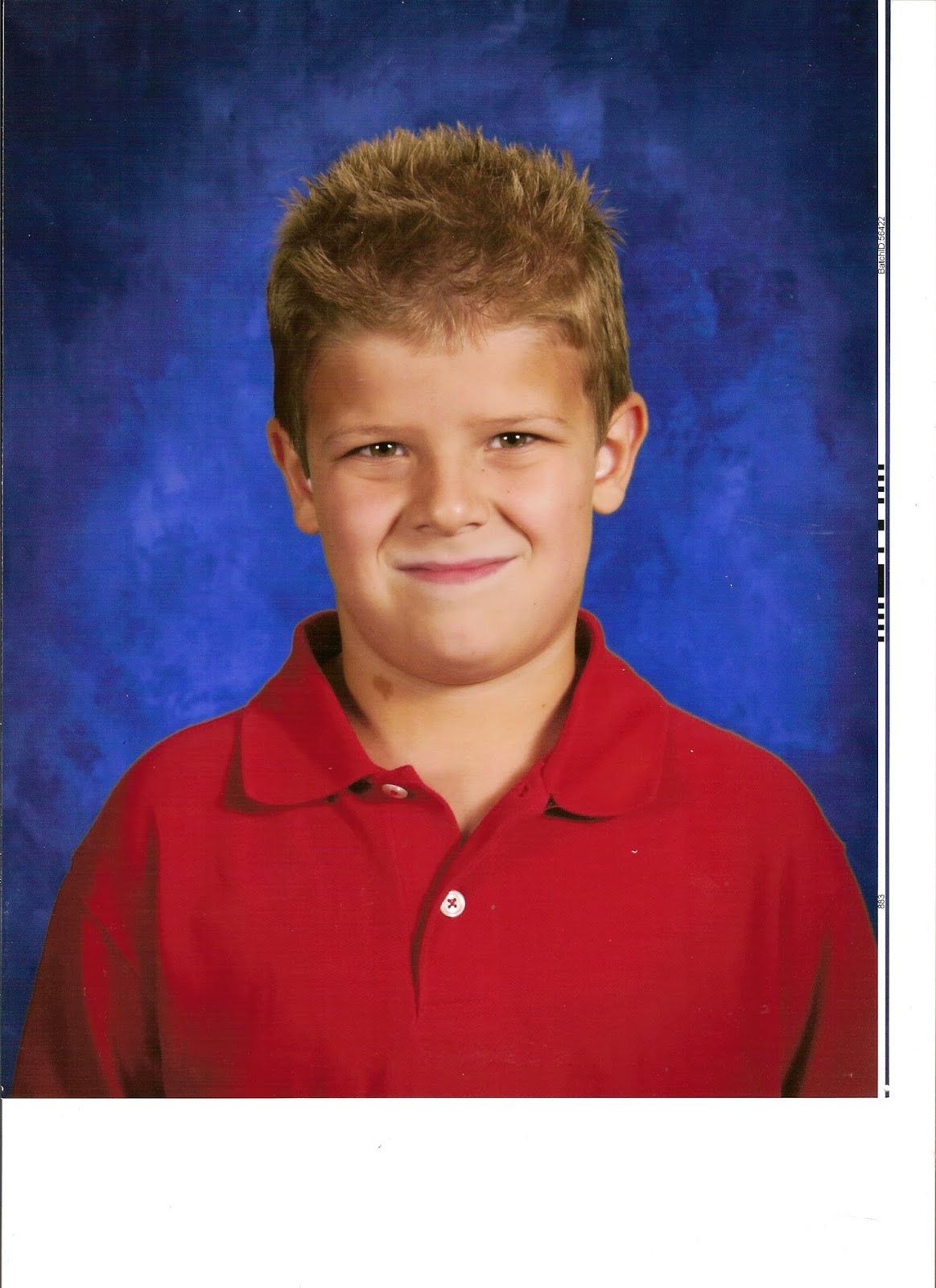 No tie in the picture, but the spiked hair was his idea.  He got his inspiration from a little boy in his class that has spiked hair daily.
He too has mastered the multiplication facts to twelve and has started reading chapter books.
He is our sports loving, cat toting comedian.
Love them all.
Posted by otherwise known as mom