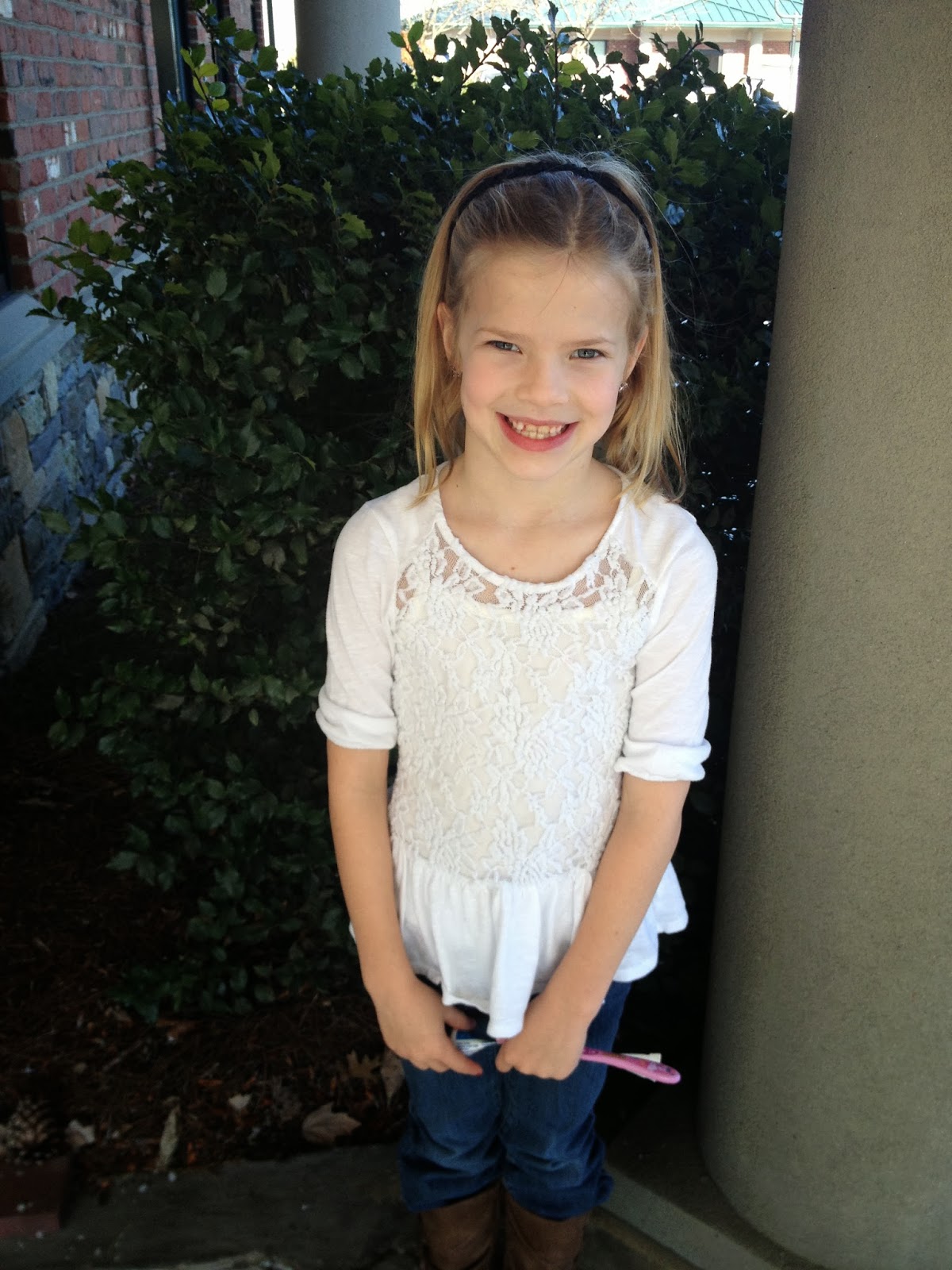 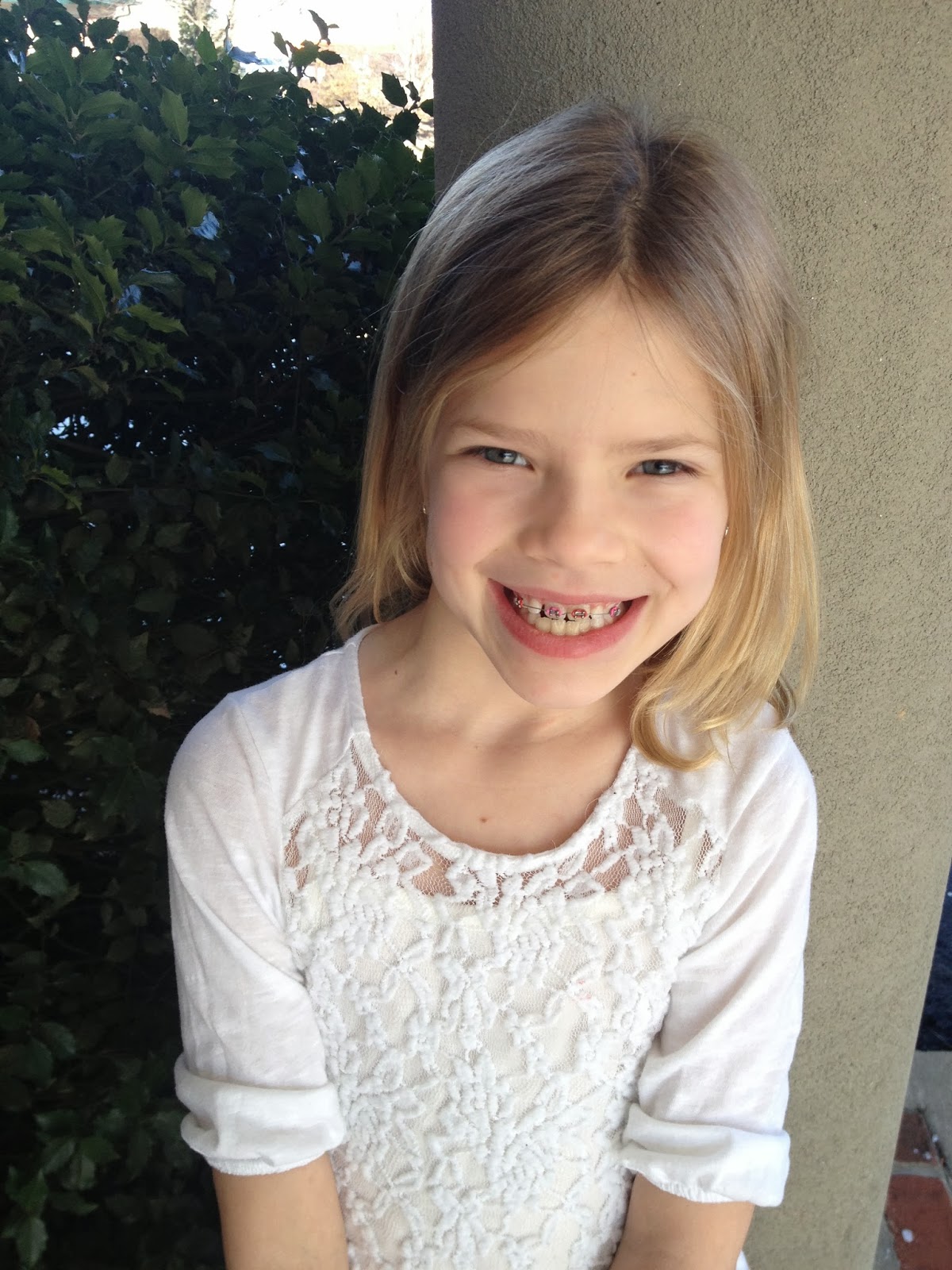 She is so proud of her new hardware!
Her appointment was Monday on MLK Day.  That way she did not mess up her perfect attendance at school.  It has taken a few meals to get the hang of eating with metal in her mouth, but she has tackled every challenge with a smile. (a smile that is getting straighter too!)
Today was the first day back at school after a very long weekend because of the snow we had Tuesday.  See? 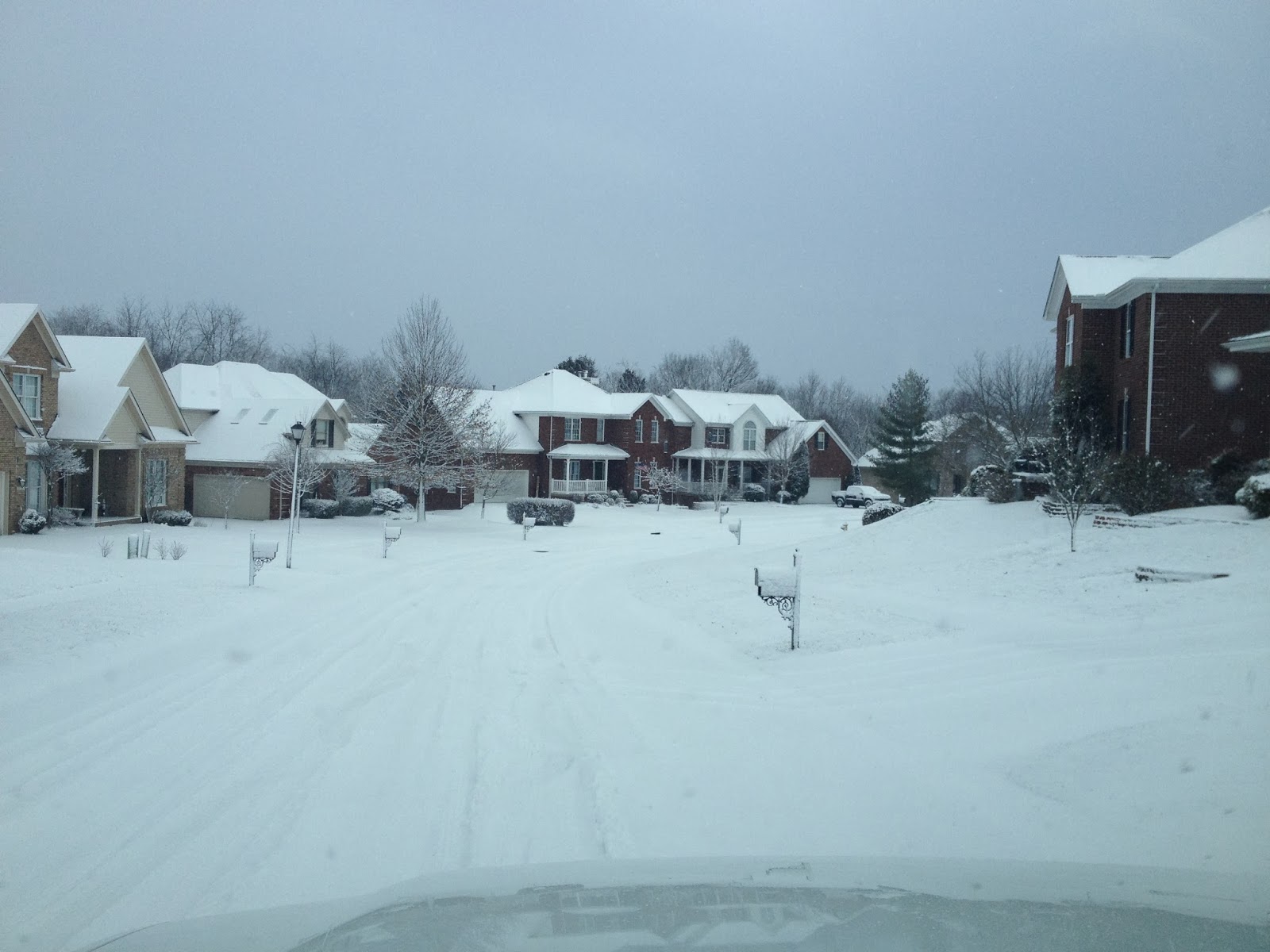 Even today the district ran on a two hour delay because of the cold temperatures. It was one degree above zero at eight thirty today when I put John and Emily on the bus.  Boy that one degree made all the difference too!  Almost balmy I'd say!!
Since the kids were out of school Monday and Tuesday we have made some progress on the basement redo.
Emily worked on her new "girls only" closet.  She gave it a fresh coat of paint and we rearranged the shelving in it. 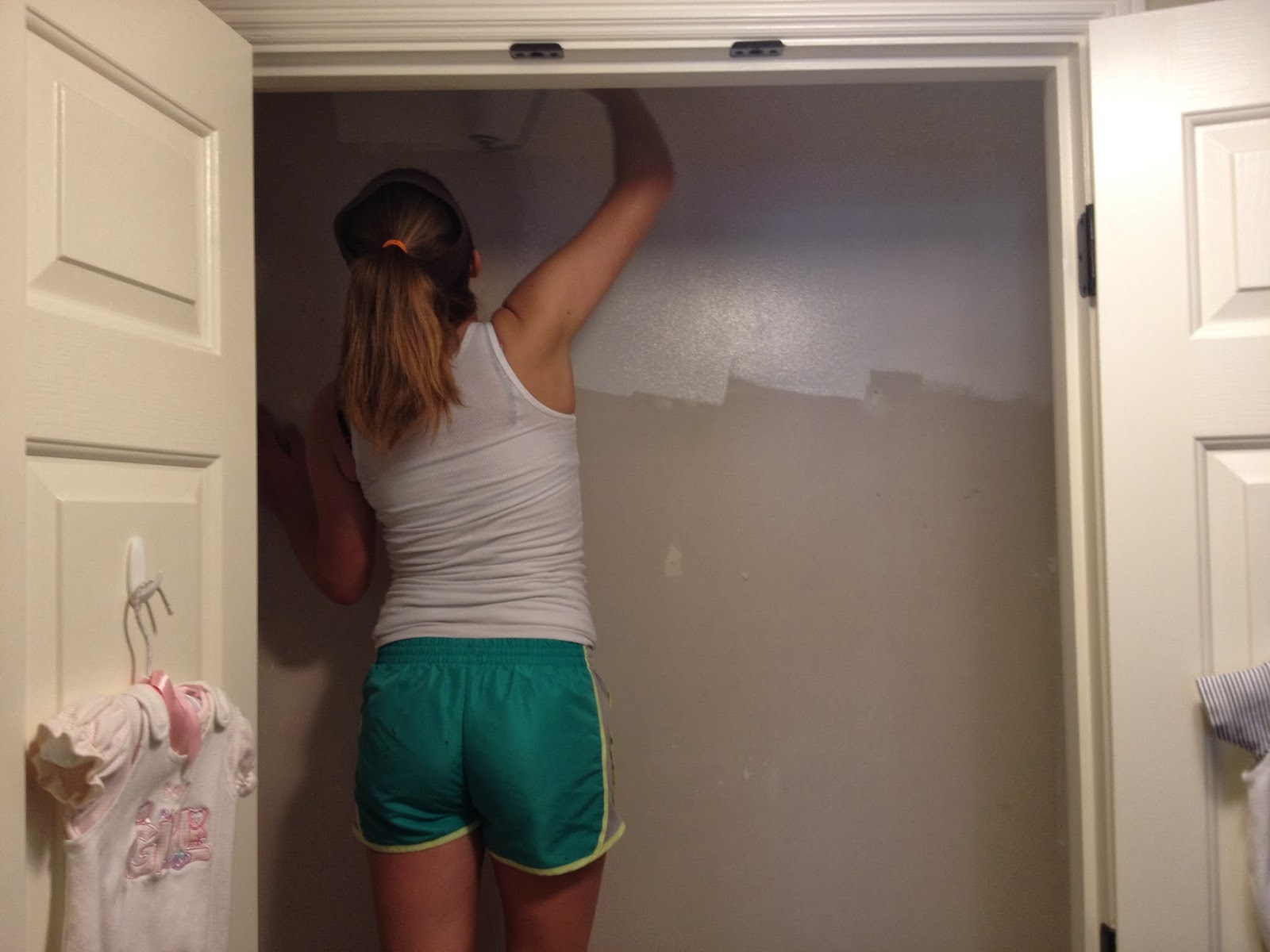 Hopefully we can begin painting bedrooms this week yet.
John is doing well with his braces.  We went Friday for what I thought was supposed to be a new wire.  Instead they put rubber bands on his front six teeth.
Just when he thought we couldn't torture him any more, we found a new way to inflict pain and discomfort upon him.
Imagine the suffering we could cause if we DIDN'T love him so much!!
In other news
(I've always wanted to say that.  It sounds so important.)
Grace took the CogAT test at school back in October.  It is a test of cognitive abilities which is different than a standard achievement test.  The test is used as part of a screening process to select students for the Advanced Placement program.
Though John and Emily both passed this test as third graders, I have to admit I was a bit tentative about whether or not Miss Grace would be so fortunate.
Well, the results are in.  The good news is another Shupe scholar has cleared this academic hurdle.  Grace was accepted into the AP program and will be shifted into AP classes beginning next year.  The great news is that several of her classmates will make the transition too.  Her school is one of the few in the district to test all third graders.  Most schools test only those students who request to be tested.  That means there are a lot of AP kids at our elementary school.  That makes for happy girls because ultimately she doesn't care about AP.  She cares about being with her buddies.
Mom is happy.  Grace is happy.
Life is good.