Kittens versus Kids - The Race To Drive Me Crazy

Kitty is not quite sure what to think about the plastic container. 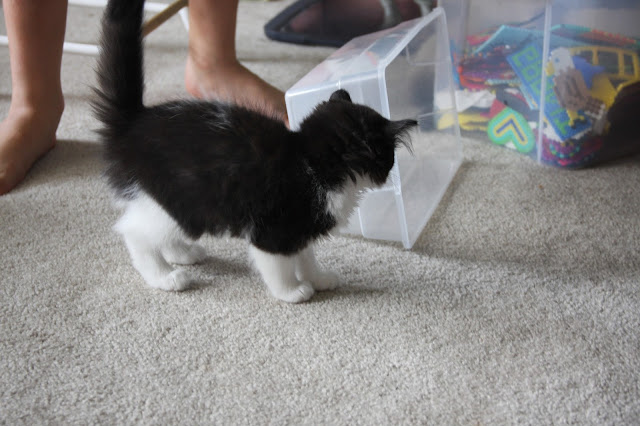 Her anxiety probably stems from someone putting her UNDER the box and then teasing her for the next ten minutes. 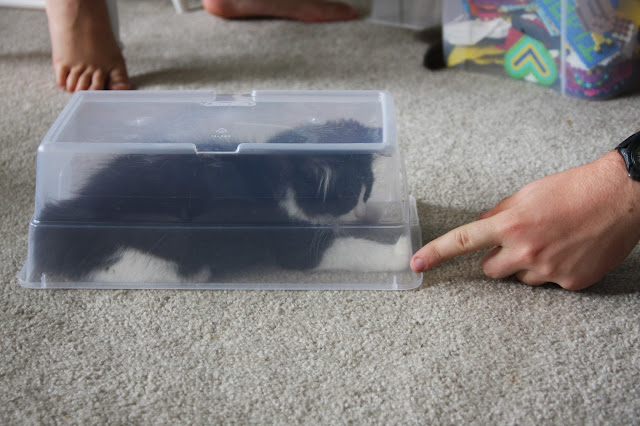 She was lookin' a little stressed at that point. 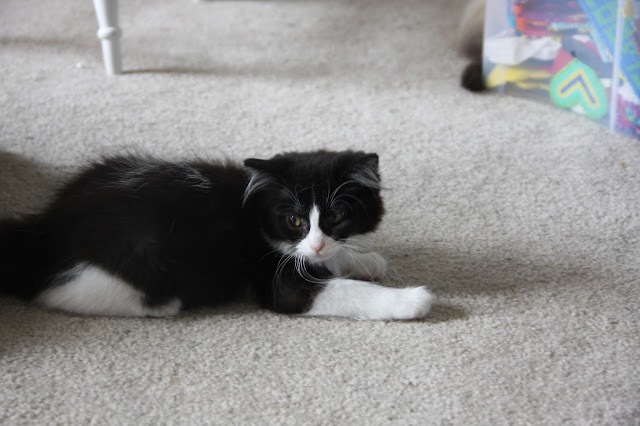 Meanwhile, in another room in the house..... 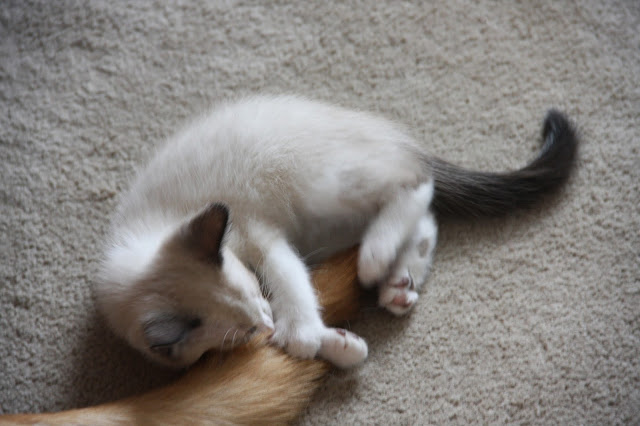 This guy was having the time of his life. 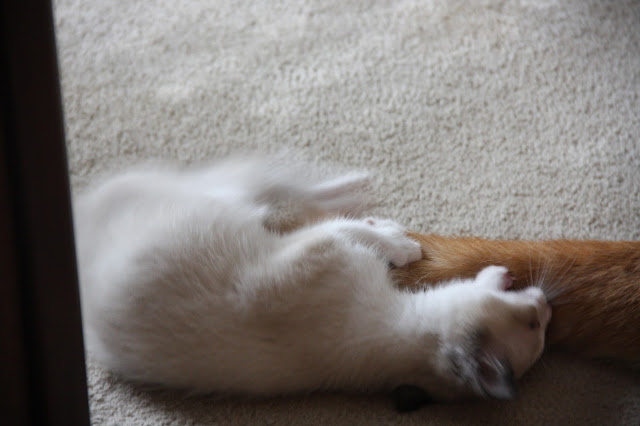 He spent a grand ten minutes attacking his new toy. 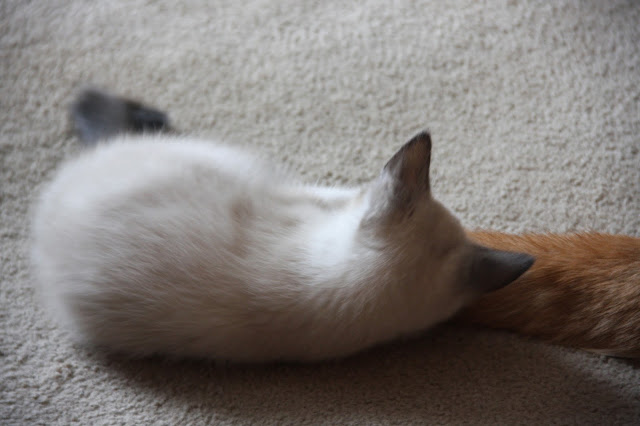 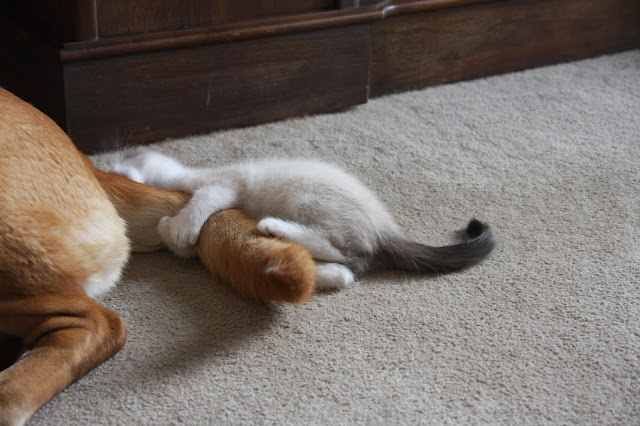 After a few too many scratches and bites, his new "toy" grew tired of the fun and headed for a kitten free zone. 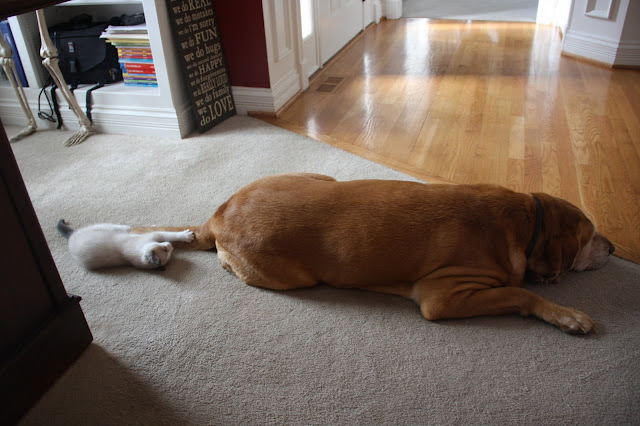 Leaving behind a bewildered kitten wondering where his lovely new toy had gone. 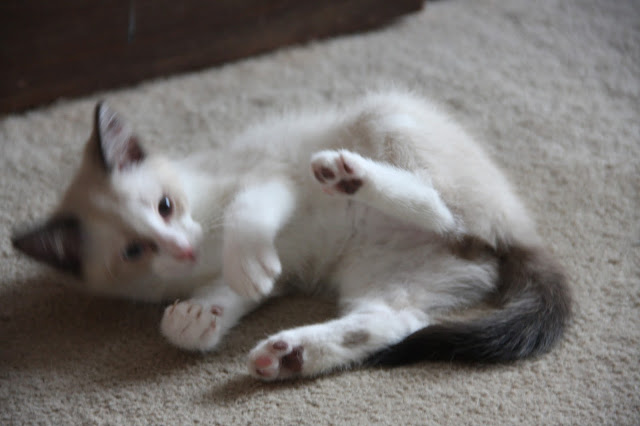 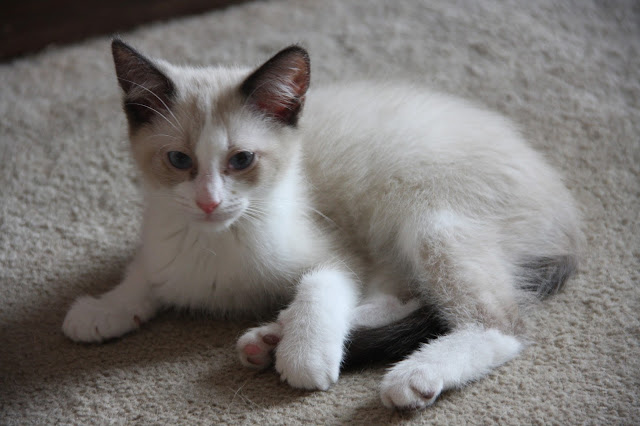 This morning I nearly stepped on this little girl who blended in nicely with the chaos lying on the floor. 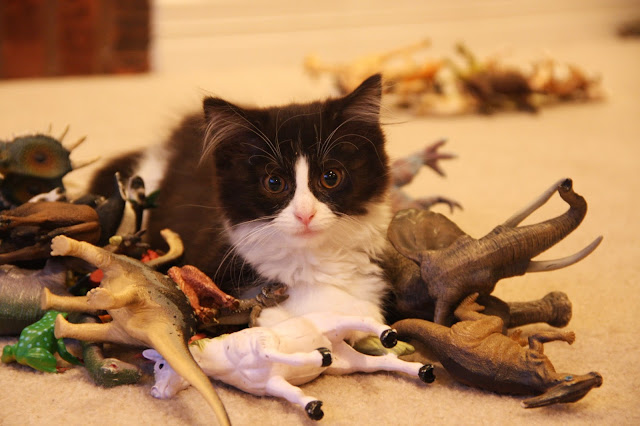 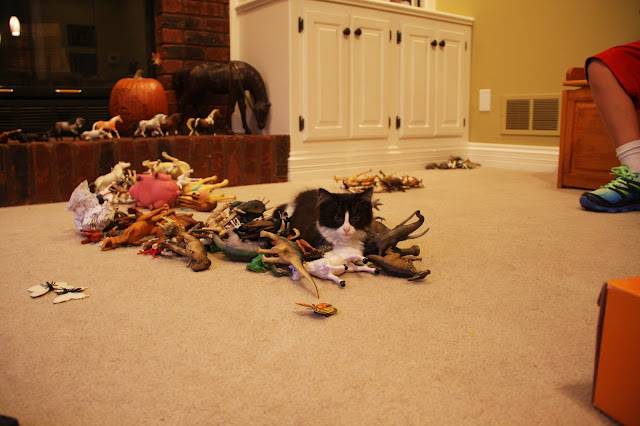 Another one sought the safety of the nearest empty shoebox. 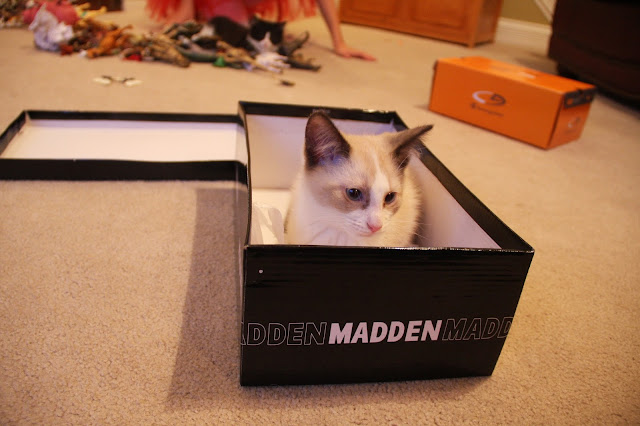 While trying NOT to step on kittens, I was taking this picture of my kids dressed in their red, white and blue outfits for school today.  Today was "United We Stand Against Drugs" Day...thus the color selection. 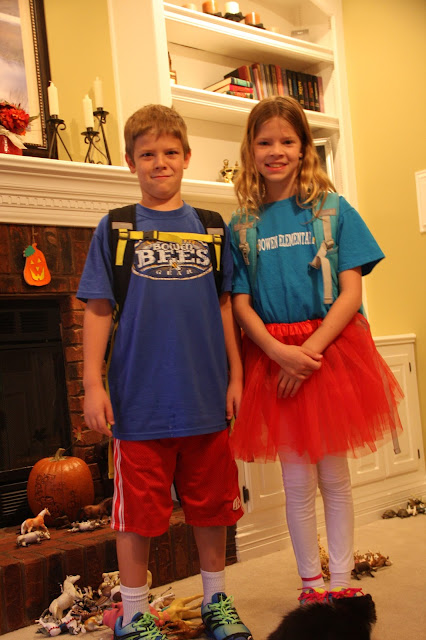 She had red pants.  She wanted to wear the tutu.  Just for the record.