Tonight was the school's winter band concert.  It was held at a local high school auditorium.  The band director said there were about eight hundred people there watching.

The band was made up of fourth and fifth graders from two elementary schools.  Emily is on the second row from the center toward the right side.  She is the first person on the end of the row.

Poor John was sitting in the orchestra pit because that is where second year band students were seated.  You can barely make out that group at the bottom of the photo. 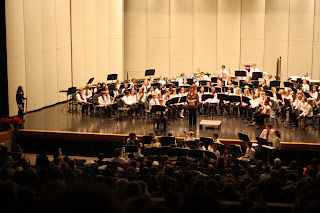 Maybe you can see John in this shot.  He moved up onto the stage.

Or possibly now you see him. 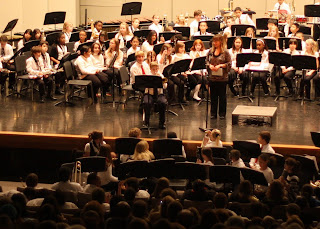 Then what about now? 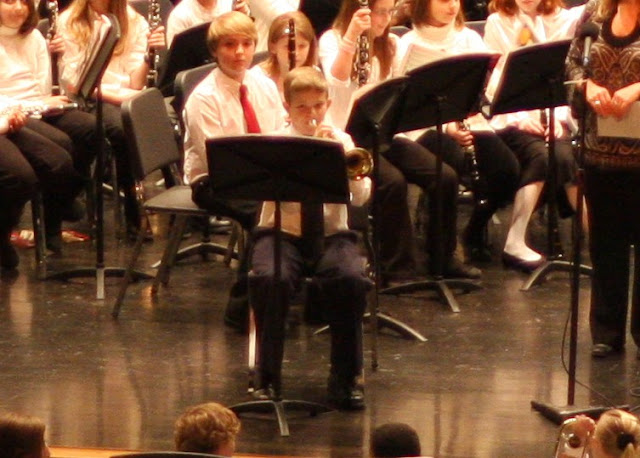 Yes, that's him playing a solo in front of that same eight hundred people.  The boy has courage.  He played a solo last year too.

I think there were only four or five kids who played solos tonight.  They had to audition to play a solo and he was one of the kids that got chosen.  The kid LIKES HIS MUSIC!!!!

Just to be fair, Emily is the one in the skirt on the right side of this picture.  I can't crop it any closer. 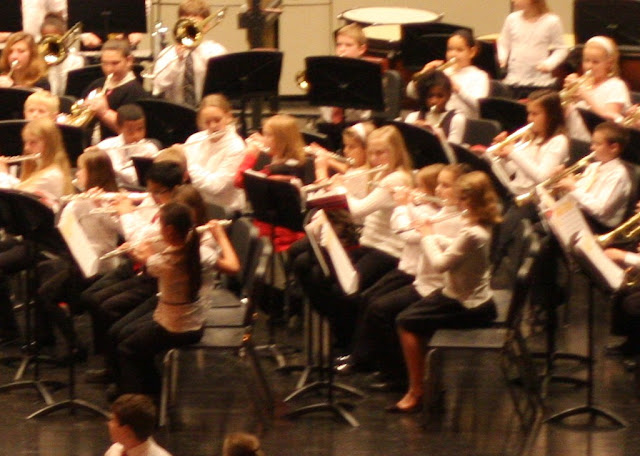 She's considered beginning band this year instead of advanced band like John because she played violin last year in orchestra.  She decided at the start of this year to switch to the flute and be in band.  She seems to like the change.

I really miss the sound of the violin..........you know, that "first year" beginner violin sound........the sounds that make a person think a cat must be dying a slow painful death somewhere in their house.