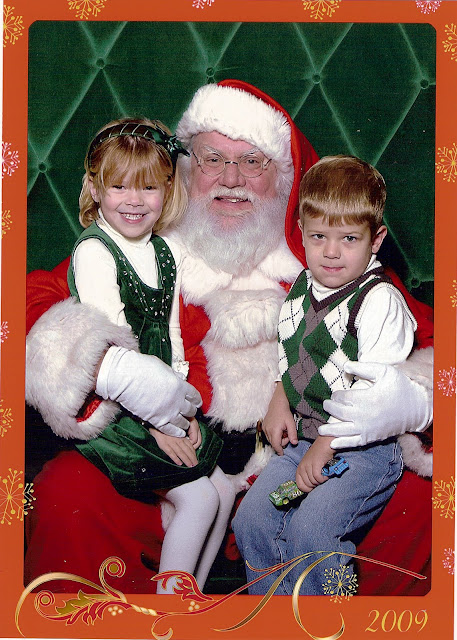 We took the kids to the mall last night.  It wasn't a bit crowded much to my delight.  First order of business was to go talk to the man in the red hat.  Why is it we teach our kids to not talk to strangers then plunk them on the lap of a stranger and tell them to make nice???

Notice Grant was not about to give up his cars for the moment.  It sort of reminds me of someone else I remember being fond of a fuzzy white dog. 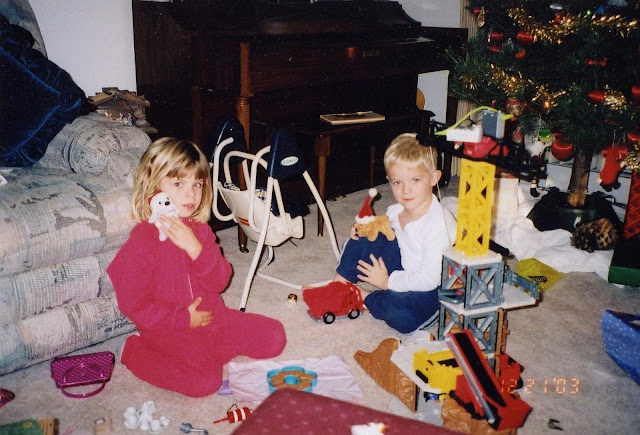 Yes, folks.  There is snowflake on Emily's shoulder.

That dog went everywhere with us.  He made it on boating trips, grocery trips, doctor visits, trips to grandparents and even to Disney and the beach.  He was quite a good traveler....very little complaining from him. 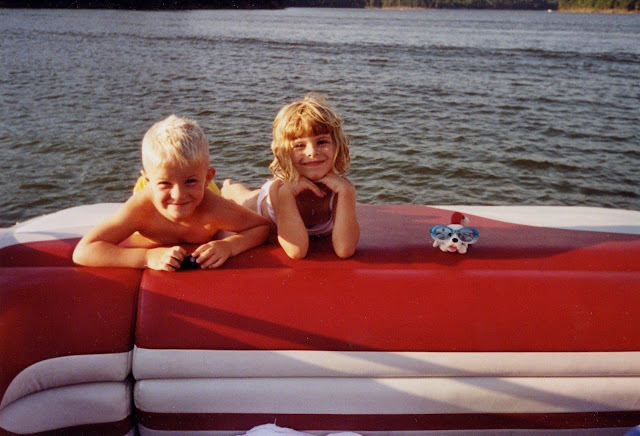 We considered a "WHERE'S SNOWFLAKE?" book to publish, but thought better of it. 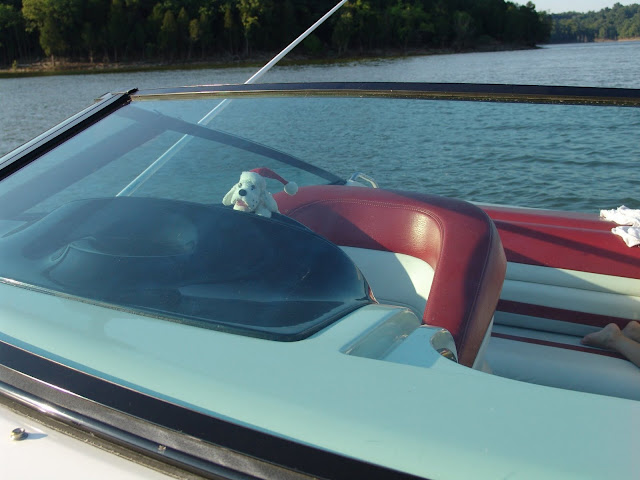 He especially enjoyed when David let him drive.

Grace went first and talked to Santa and explained that she had been good and listens to her mother.  She then asked for a Barbie mermaid doll to play with in the tub.  (check)  Grant went next reluctantly.  We left Grace on the other knee just for security.  He quickly stated that he wanted a Thomas train and a Henry train for Christmas.  (check, check)  We were good to go!!  Picture taken, shell out way too much for said picture and off to eat Chinese at the mall.  (This is big excitement for my kids for some reason)

After dinner with dad, we sent him on his way then I took the kids shopping.  We adopted three angels this year throught the salvation army angel tree.  I do this instead of buying a gift for their teachers.  A teacher can only have so many candles, picture frames and ornaments that say TEACHER on them.  I've done this the last several years and have met with positive (or at least very polite) feedback.  The kids get a lesson in giving too.

The last thing to do is let the kids buy for one another and then buy for their dad then I am DONE DONE DONE!!!  Yeah!!!

After that the month is spent keeping track of who is naughty or nice!  :-)

Off to wrap presents hopefully,