This is his "Go Away, Mom!!" face and gesture.
Usually indicating he's guilty of SOMETHING. 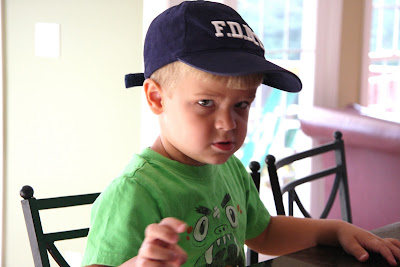 Not trying for an indecent shot, just wanted to show you what a baked little guy he's gotten over the summer.
His buns virtually glow in the dark compared to his back. 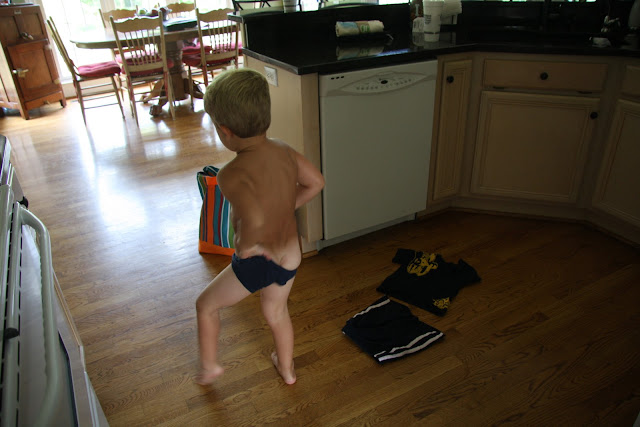 His legs aren't AS TAN as the rest of him since he's in waist deep water at  the pool a lot. 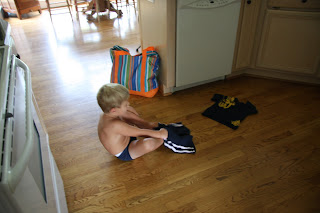 He is an "I CAN DO IT MYSELF" kind of kid.
He completely manages his own clothes now.  He picks them out and dresses by himself.  I usually don't even tell him to go get dressed.  He'll do it by himself before he ever comes out of his room some mornings.
Now with winter and warmer clothes needed, I'm guessing he'll have to accept a little help this fall with jeans and long sleeves and socks. 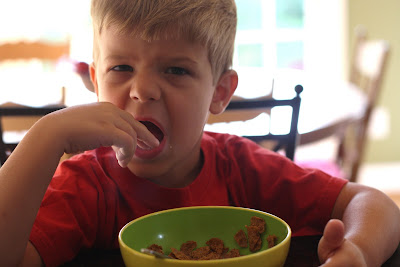 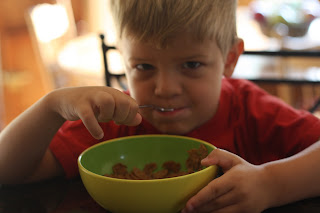 I think he looks like "Mikey" from the Life cereal commercials. 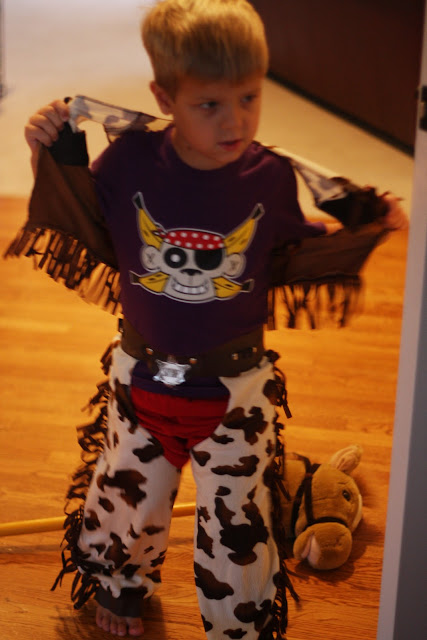 Some of his funny expressions 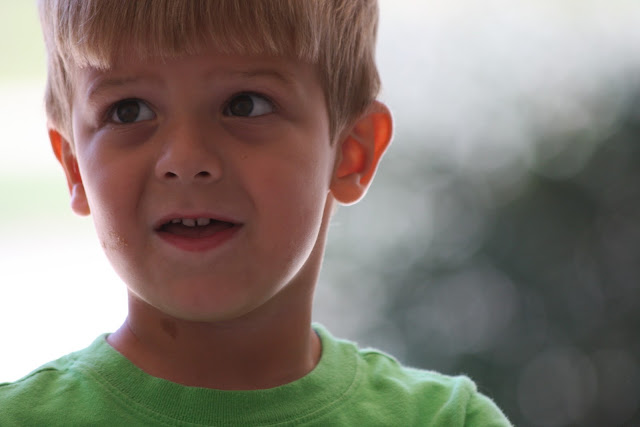 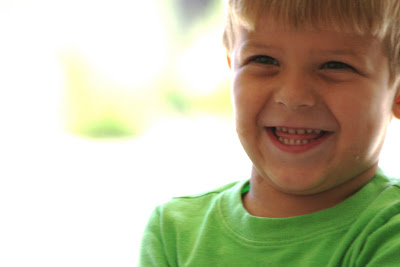 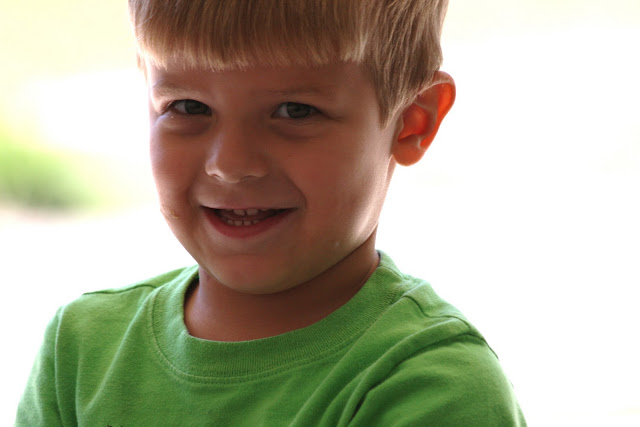 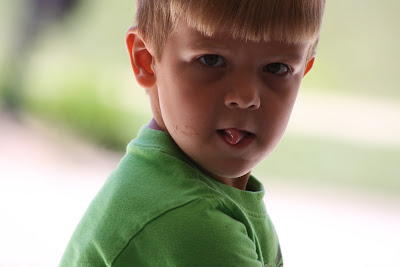 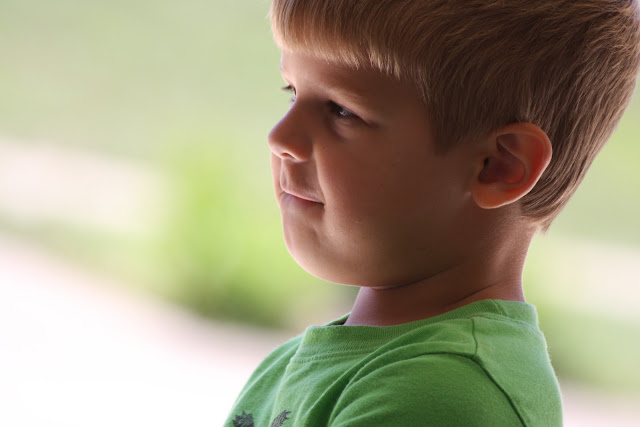 He loves his smoothies!  He'll drink one just as large as the other kids drink. 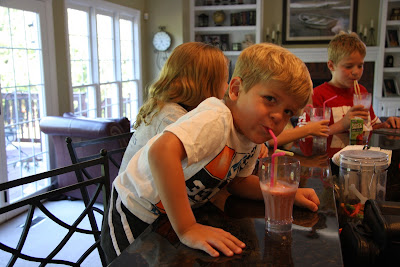 Not much original.....just trying to get some pictures off of my camera now that Blogger decided to work.
Puppies are doing great.  Some are over three pounds now.  A few are taking multiple steps on all four feet.  It's fun to watch them wobble around now walking.
Most have their eyes completely open.
I've even heard a few vicious sounding barks coming from the puppy pile!
Pictures of them later.
Posted by otherwise known as mom