We stopped weighing them,
but I am guessing most of them have hit the two pound mark now.
This is a picture of the fatties in the litter.  They are snoozing while their much skinnier brothers and sisters get a chance to eat first. 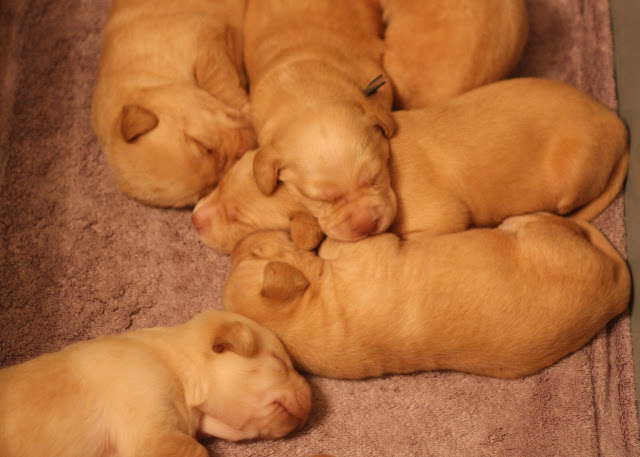 Little red is now not so little anymore.....the white male is now the smallest. 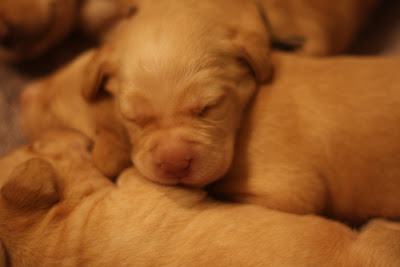 Yesterday I began to see some little eyes beginning to open up. 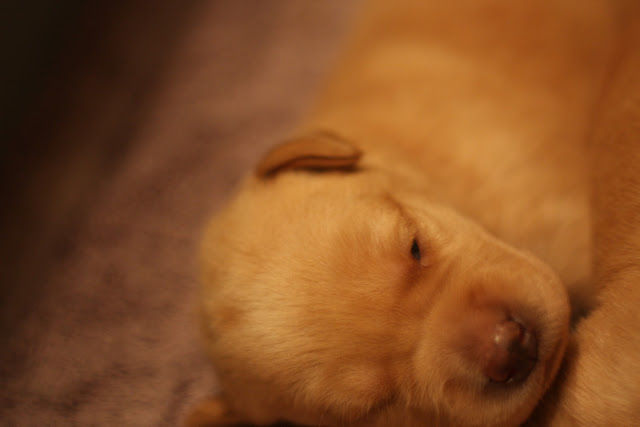 Probably by tomorrow they will actually be able to SEE what it is they are nursing on.....maybe that will stop some of the nastiness of nursing on the wrong parts of Meg. 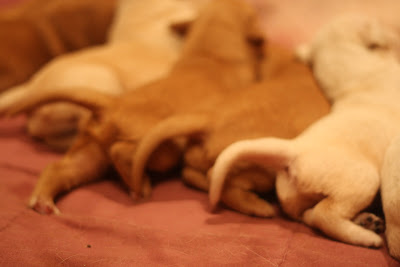 Their little tails go a hundred miles an hour while they eat.

They get into some pretty serious territorial battles for a spot at the feed trough. 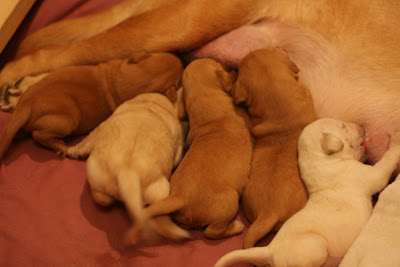 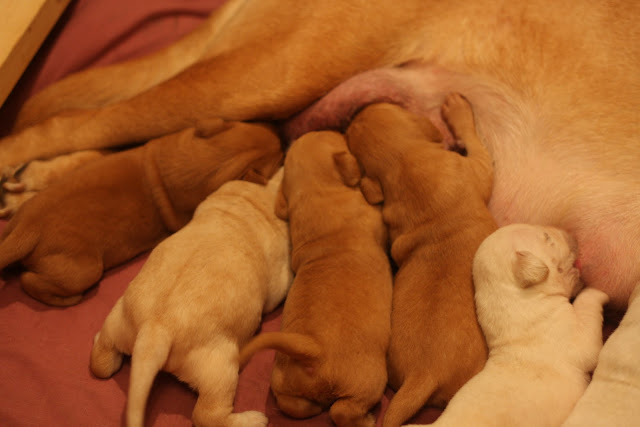 One red puppy is standing on his back feet in this picture.  They are all starting to take their first steps and not crawl everywhere. 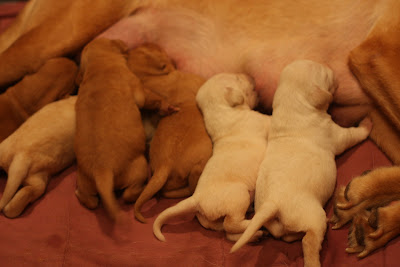 Nothing cuter than watching a puppy wobble around when it can't see where it's going.
Well nothing cuter, except maybe watching their little face while the eat. 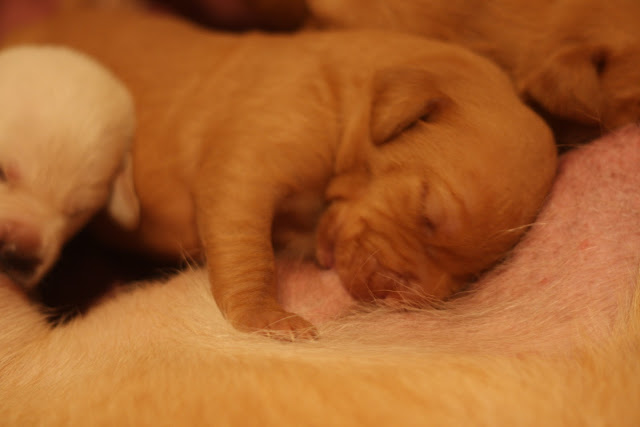 All thirteen won't even fit at the dinner table at the same time now.

We feed them in shifts, putting half of them in a separate box while the smaller puppies get some time to eat first without having to fight so hard for a spot.
Here are the smaller pups in the litter. 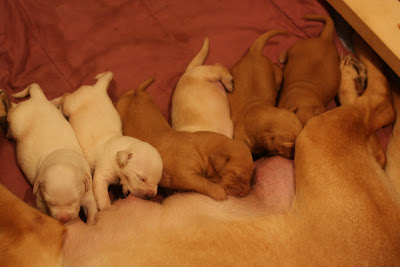 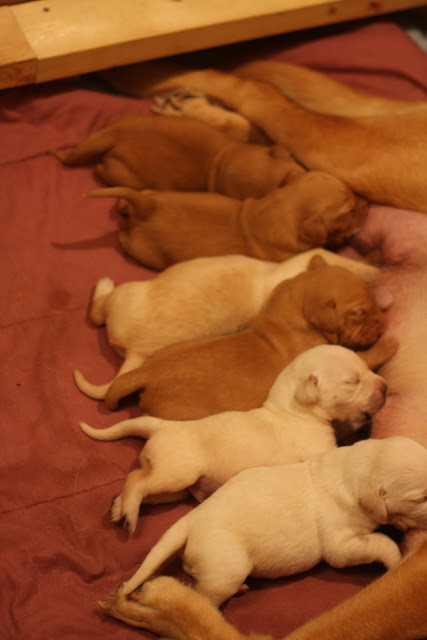 I know.... You're welcome!
Posted by otherwise known as mom