Grace and Grant in a peaceful moment during the first weeks John and Emily started school....the two little ones enjoyed some long days of playing together while the big ones were off pursuing their higher education.

Grace started school a couple weeks after public school did. 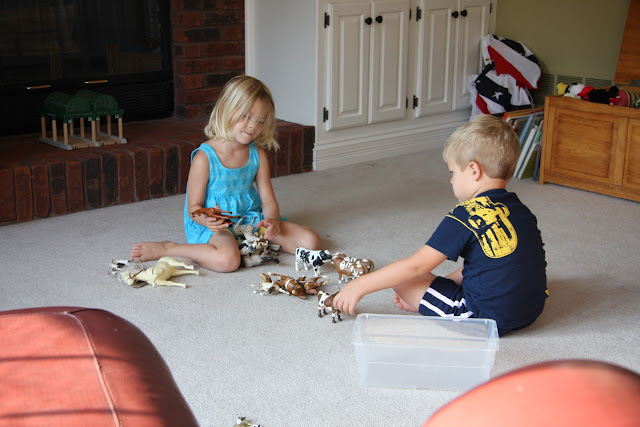 She's taken an interest in learning to roller skate.  So far she does pretty well, but I don't think the interest will last very long.   She really enjoys riding her bicycle right now. 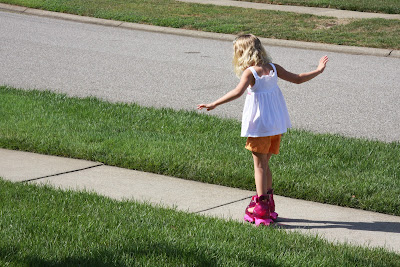 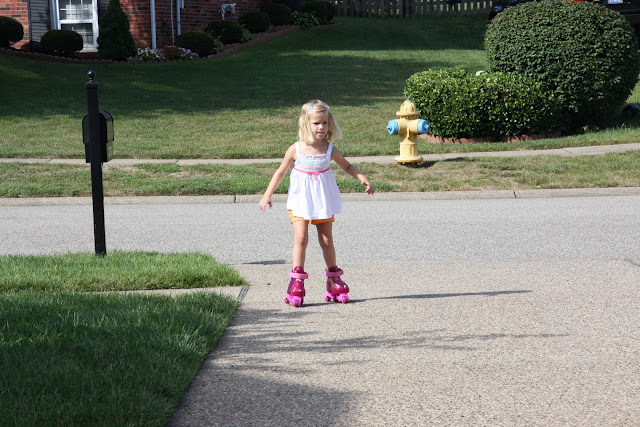 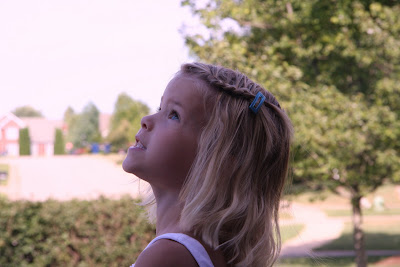 Grant rarely gets his truck out anymore.  David brought home a big boy bike for him (John's old one) and now he is tearing around the cul-de-sac on the bike....giving me heart failure.

I told a babysitter the other day as I left that it was only a matter of time before he just busts himself falling off that bike.  I told her where the ice packs were if that moment came while she was watching him. 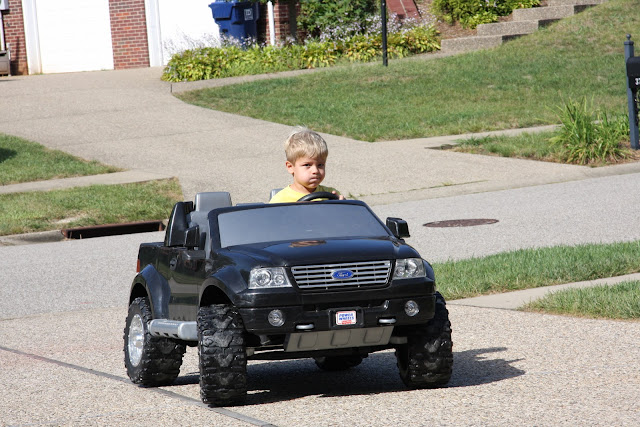 He has NO FEAR while on a bike.

And now for the newest fun around the house..... 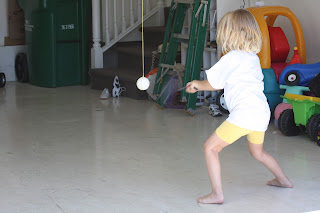 I may be repeating myself.  I don't think I've posted these before.

I got tired of pitching a ball to my son to only have him swing and miss then have to chase the ball down just to do it all over again. 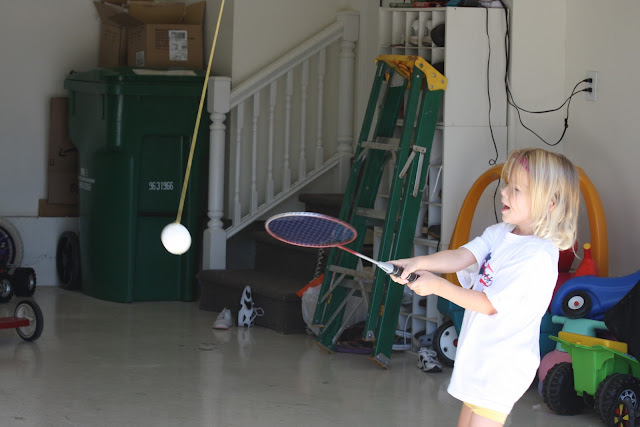 David suggested I hang a ball from the garage ceiling and let him swing at that.  Problem solved.

I hung a hollow plastic baseball from a string tied to the frame of the garage door.

Grace and Grant will stand for ages swinging at the darn thing. 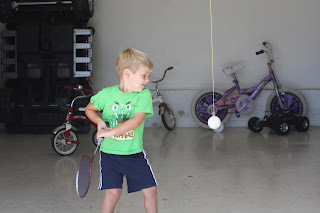 I just wish David had thought of it sooner, like three hundred missed pitches sooner. 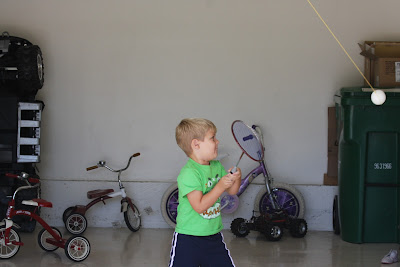 Sometimes I even catch John or Emily taking a swing at the ball.


The other fun pasttime of body surfing on Mom's old skateboard has been given a new twist by Grant.... 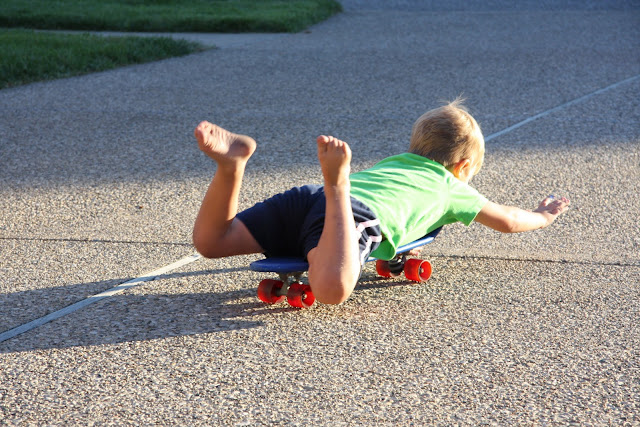 walk up the sidewalk a couple houses and then come FLYING down the hill face first on Mom's old skateboard. 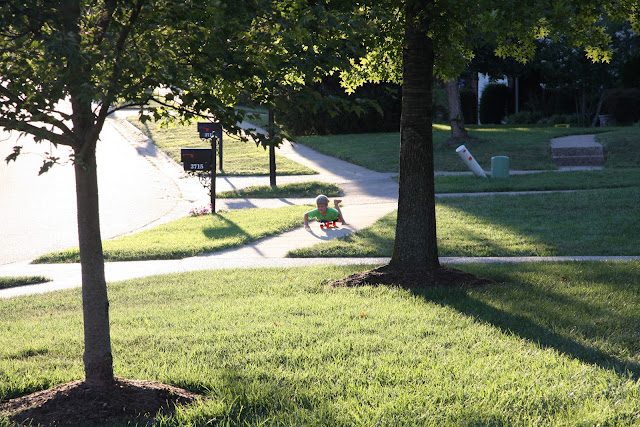 If the crazy bike riding doesn't manage to knock out a few baby teeth, I'm sure this little stunt will do the trick!!

I just try not to watch when he's out playing....well, you know.....not watch while I'm still really watching just to be sure he stays safe.

So while they are doing a lot of playing outside lately, I'm doing a whole lot of praying....for things like baby teeth, knees, heads and noses to stay safe!!
Posted by otherwise known as mom