Grant:  Why do fish float?

Mom: (not REALLY knowing an answer to this, pulls the old standard out to use once again)....because God made your fish float.

My ironing is caught up.  That does not happen but semiannually at best!  Do a little dance and cheer for me.  I am!!


Summertime is loads of fun, but it also means my car has spent three months hauling around dirty wet shoes, wet towels, pool toys, spilled drinks, sunscreen, soured milk, sweaty bodies, dirty dogs and so much more.  Add many ninety degree days baking that combination in a closed car and it gets smelling pretty funky....not to mention the dirt and general grunginess of the whole thing.

Don't let anyone from the health department in my car around August. They'd shut me down for hazardous conditions INSIDE my car.

By the end of summer, I'm not sure which I would rather smell, a men's locker room, a port-a-potty, a trash truck or the inside of my car.  I am quite certain whichever I picked, it would NOT be the car.

I took advantage of pretty weather yesterday and cleaned the car.  My car is now clean  a lot less disgusting than before.

Grant played outside all morning while I cleaned.  After getting Grace from kindergaten, they played inside while I finished the car.

Car got nice and clean, but look what I found INSIDE the house! 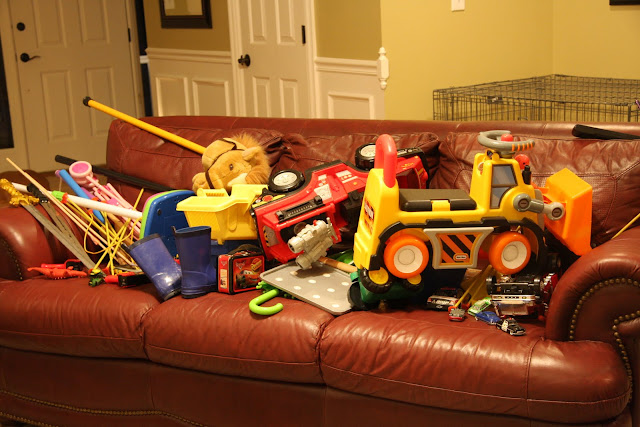 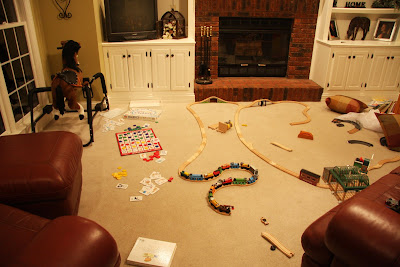 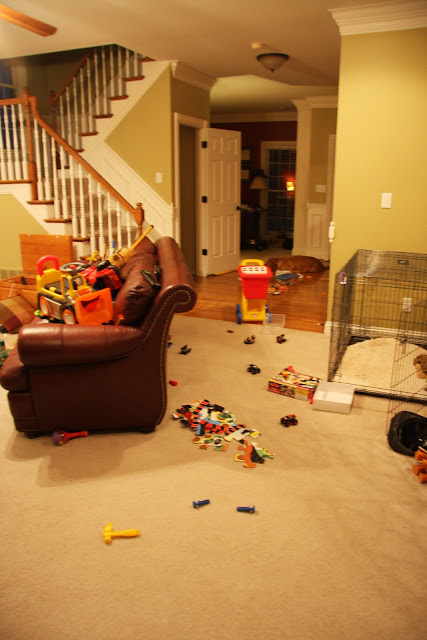 This is what they were busy playing with destroying while I was working on the car disaster.

Looks like I know where to start working now, huh?

Grace: Is it inhaling?  (asking if it was hailing on the car one day as we were driving in a storm)


Our VERY PREGNANT dog is still holding out on us.  I have nightmare visions right now of coming home to find puppies strung all over the house because she went into labor while I was gone.  I guess that would be the final excuse I need to replace my fifteen year old carpets! 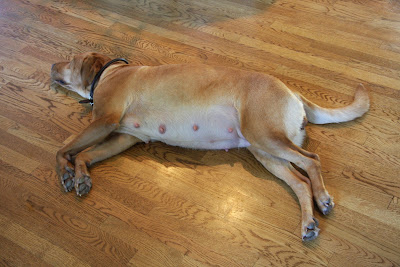 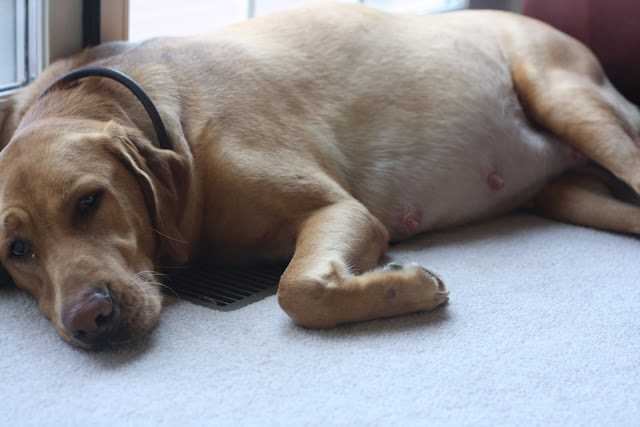 She spends most of her day lying on top of the air conditioning vent in the living room.  I know EXACTLY how she feels.  If I could have, I would have done the same thing the last few weeks before having the twins.

The only thing rockier than our rock farm we have would have to be the start my kids have had in school this year.  I finally got Emily cheered up and going.  She's making friends and doing very well with the school work.  She still begs to be a car rider because she hates the bus, but I don't think we've shed any more tears over it for a while now.

John is doing OK now too.  His work is good.  I'm not sure how many kids he's gotten to know yet, but he seems to be liking the new school.  His worst issue is the time thing.  He is a night owl like his mother.  He wants to party all night, but that makes 5:30 come pretty early in the morning.  Plus he's a boy that likes his sleep, so going on fewer hours is not an option.  They're actually in bed by 8:30 most nights.  That's pretty tough, but necessary when you get up with the chickens every morning.

Now Grace is the one struggling.  She started last week and seemed to do OK, but she ended up missing Thursday and Friday with the flu.  She didn't feel very well the three days she did make it to school last week.  Therefore, she didn't have a very good time that first week of school.  She sat on my lap and cried Tuesday morning begging me to let her stay home.  If you know Grace, you know that is not like her at all.  With promises (bribes) such as lunch at Chic-fil-A after school, she has stoically marched into school each day this week.  I think she's liking it more now, but I know she still doesn't feel one hundred percent better and that is keeping her down a bit even this week.  I hope next week sees a return of the smiles and joy she usually has when it comes to learning.

Grace: Can I have a bandaid for my indicator finger? (said while holding up her INDEX finger)


Found on my computer after Grace was 'typing' on it the other day. 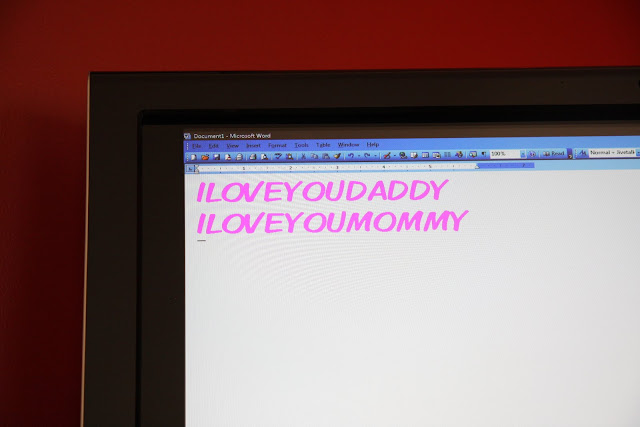 I am as messed up as John and Emily with the up early thing.  I am not able to stay up as late and work or do things on my own now that I've got to get up with them at 5:30 (MAN, that comes early!!).  I'll get it figured out, but right now, I'm just not finding much time to do the 'extras' (like posting pictures here).
Brother John, you have all my love and admiration.  I don't know how you get up so early day after day and year after year.  I have written your name in my personal hall of fame.


The end
Posted by otherwise known as mom