There are lots of characters at the parks.
Grace collected autographs from most of them we saw. 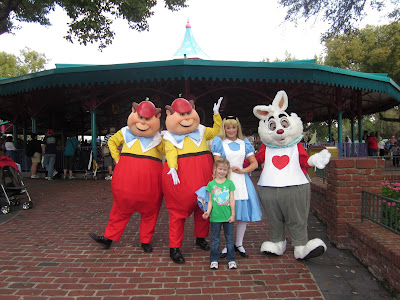 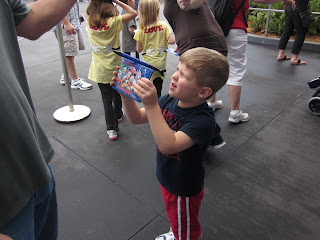 This was one of the only characters Grant would approach.
He let Buzz sign his autograph book, but he did so very reluctantly 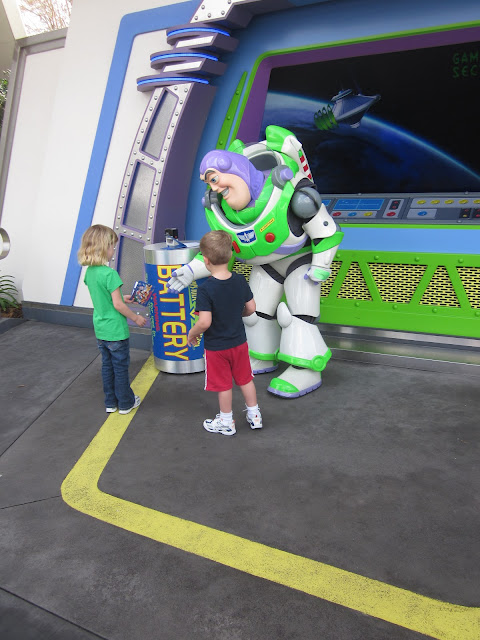 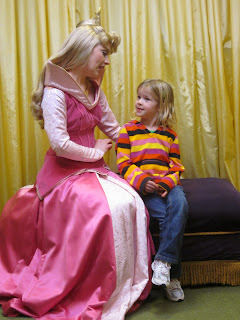 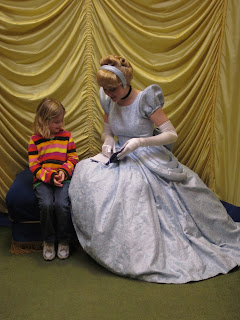 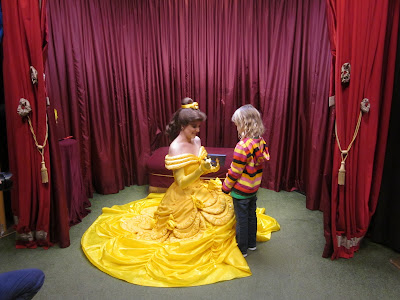 Wednesday morning we went to a character breakfast in our hotel.  You get to visit with certain characters while you dine.  We were at a restaurant called Chef Mickey's.
The characters were merciless with John and Emily, not letting them pass on all of the fun.
Both big kids were pretty good sports about the whole thing. 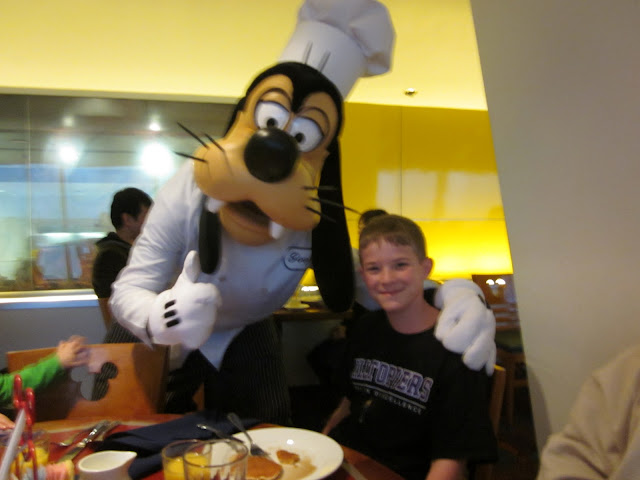 Plus now we have more blackmail material. 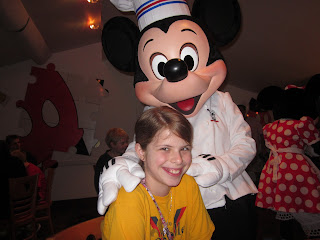 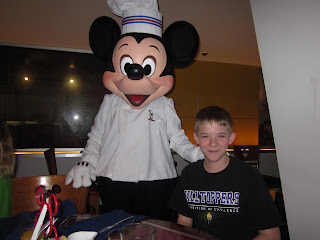 Grace was loving every minute of it. 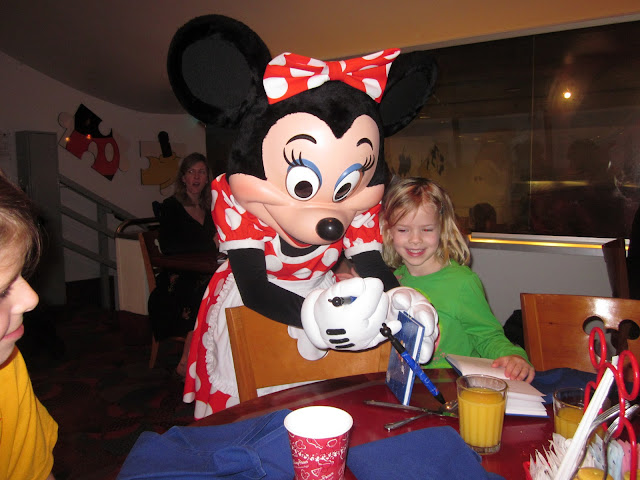 It could be pretty amusing watching some of these costumed characters try and use a pen to sign the autograph books.  Big hands and little pens made writing difficult, but they always managed to make the autograph look good. 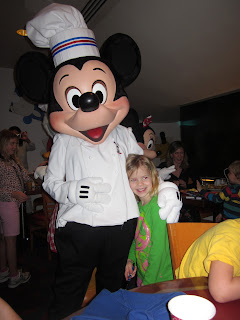 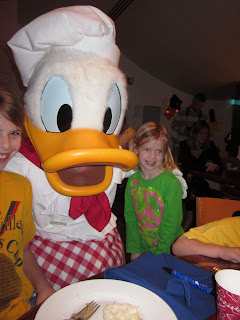 Look at Grant in this picture.
This is how he spent most of the meal.  He wanted nothing to do with any of these characters.
Some of them just kept teasing him trying to get him to smile and play, but he held firm.
He was having none of it. 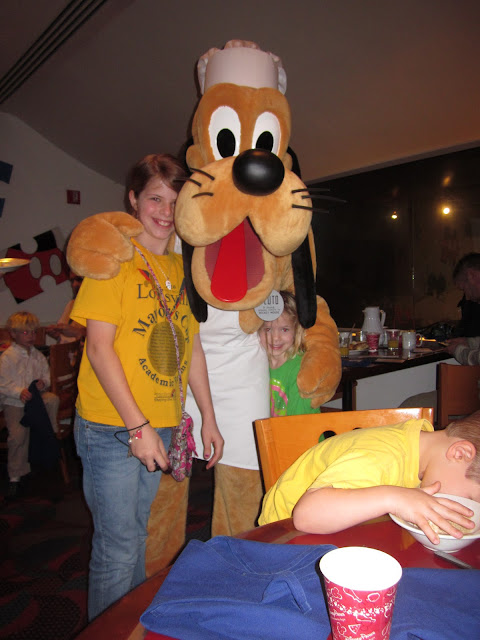 What would disney be without Pooh and all of his friends? 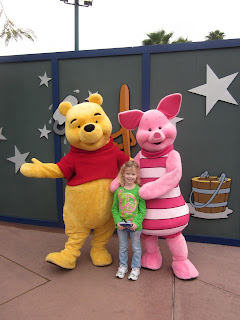 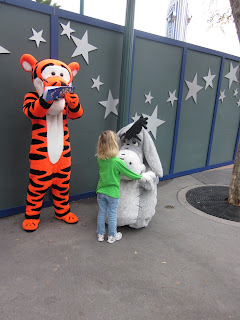 These two guys didn't do anything but make car sounds, but Grant was so excited to see them.
I think CARS is his favorite Disney movie. 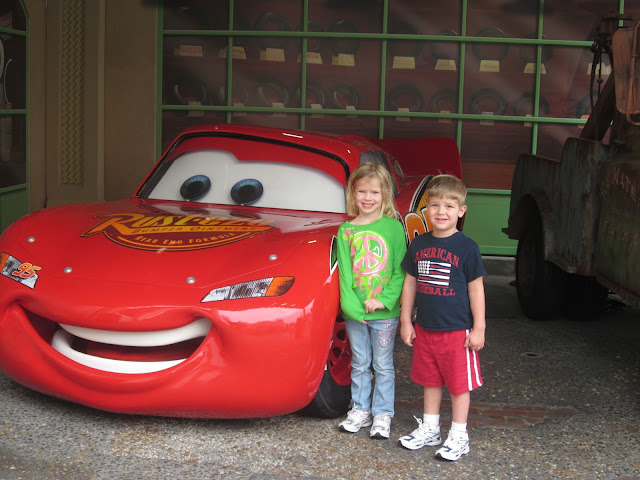 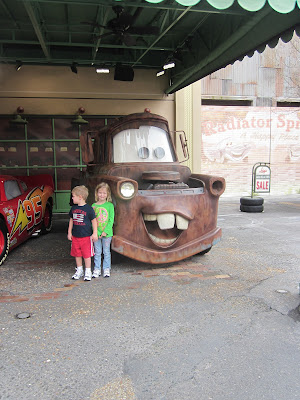 One of the green army guys from Toy Story.
Wouldn't it stink to have to wear this as a costume?? 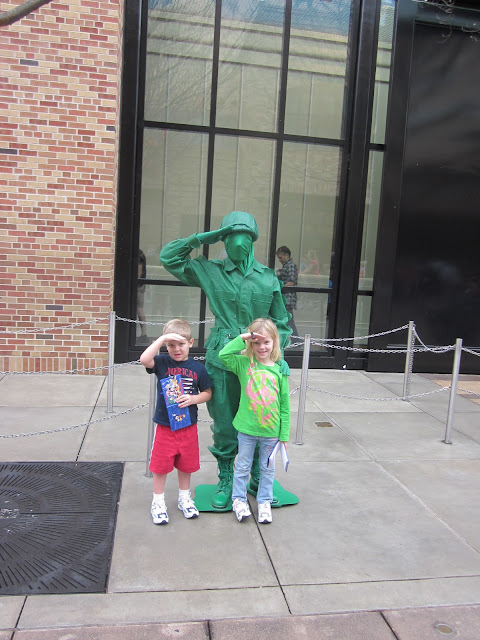 Look at the army guy's feet.  The plates were part of his shoes, so he/she had to walk by lifting those plates to move his/her feet.
David's favorite....
I think he was kind of sweet on Mrs. Incredible. 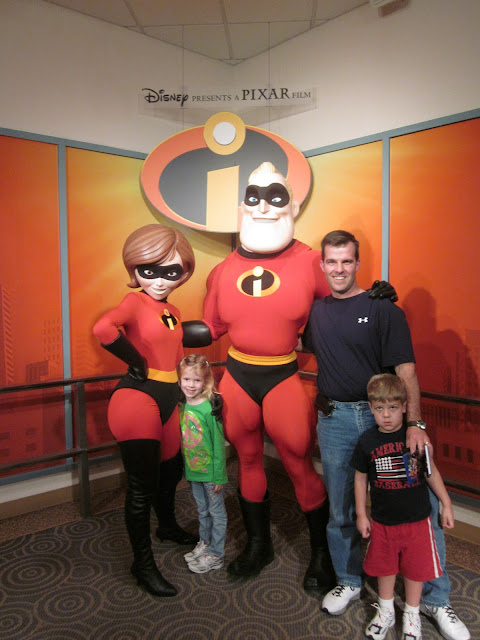 He must have liked her incredibly curvaceous bottom.
That's all for now. 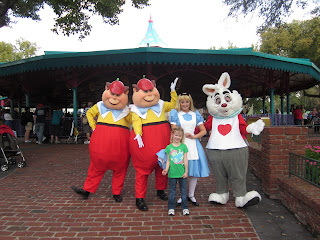 Stick around for more.  I'm still sorting and downloading as I get time.