I came home this afternoon and found this on my kitchen table. 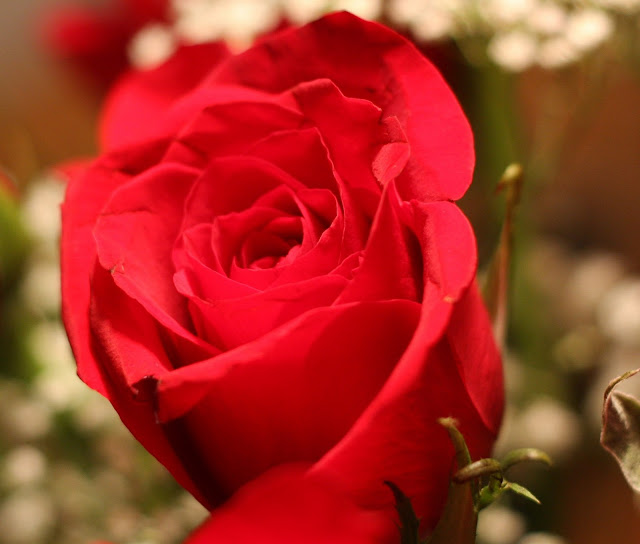 It was nestled among several others looking quite beautiful. 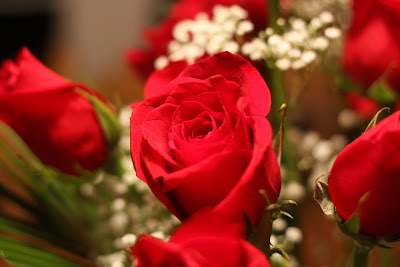 Knowing my husband has not yet failed to procure for me a dozen red roses in typical valentine fashion, I took a moment to appreciate my dozen red roses.  I thought about what a great guy he is for keeping this tradition going all of these almost twenty years. 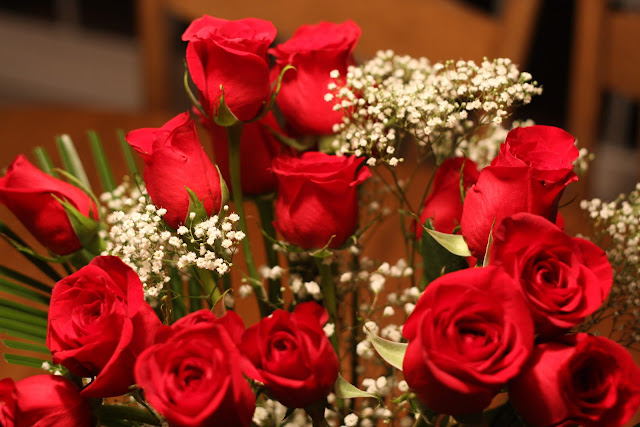 It wasn't until he got home this evening and asked if I had noticed anything unusual that I stopped to inspect the roses more closely........
He didn't buy me a dozen. 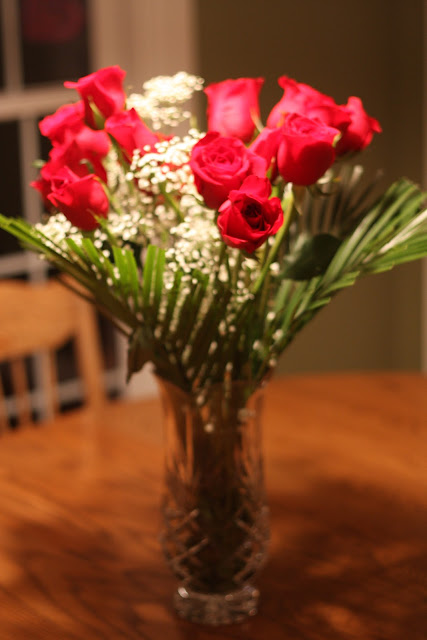 He bought me twenty......one for each valentine's day we've been married.
Now THAT is romantic.
So much for not blowing the budget this month!
Who's complaining though?  I'm certainly not.
Did I mention all I got him was a card?  Maybe I should rethink that next time.
*************************
It has been a good day.
I picked Grace up from kindergarten and took the two younger kids to see the movie Gnomeo and Juliet.
It was a surprisingly cute movie.  All three of us enjoyed it.
After the movie I took them to get ice cream.
(Thank you Uncle John.  Now I have to take the other two kids sometime.)
Emily wanted to know why she didn't get to go with us today.  As I explained to her, I'm just doing for the two little kids what I used to do for her and John at that age.  I know it doesn't seem fair to her sometimes, but I think it is.
After coming home from the movie, I got the carpets steam cleaned in the main parts of the house.
It needed it so badly....too many kids and puppies abusing my carpets right now.  One of these days I'll get the new carpet I wanted two years ago, but right now it would drive me insane to see new carpet take the abuse this old one does.
When the kids got home from school we enjoyed the cards from grandparents (thank you) and the few trinkets David and I had picked up for them for Valentines Day.  Everyone was thrilled with their new things.
I fed the kids dinner then David and I ran out to eat together while John  and Emily watched Grace and Grant for a couple hours.  This newly found freedom is almost more than I can stand.  I don't know what to do when it doesn't take six phone calls and an act of congress to get a moment alone without kids.
Yes, they'll get paid for babysitting tonight.  It's still cheaper than a babysitter.
Once we got back home though it was back to reality.  Kids needed bathed and put to bed.  Dogs had peed (and pooped which is highly unusual) on my newly cleaned carpets.  Kids were fighting.  Husband went to work......yep, back to reality.
Still, it has been a good Valentine's Day.

Twenty flowers from a great guy didn't hurt any either!!
Posted by otherwise known as mom