Don't these two look alike??
Waiting for the monorail  to go to Epcot the last morning before we left for home. 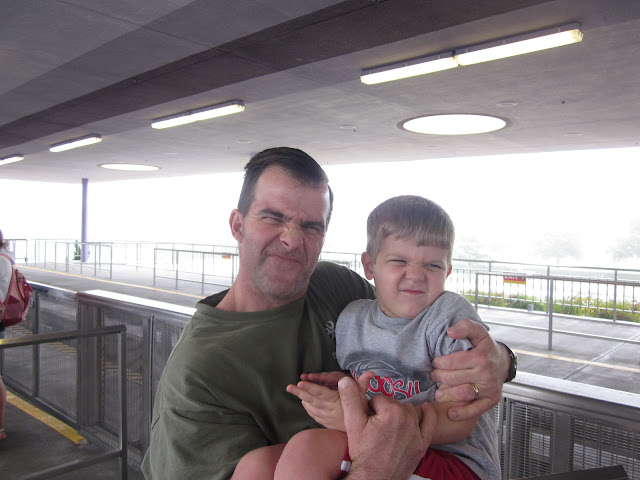 We went to the Legacy Walls at Epcot. 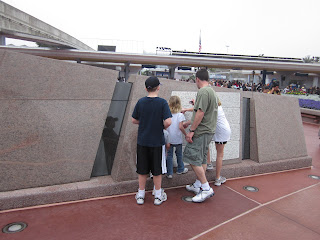 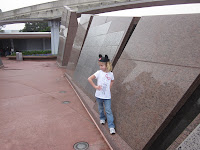 When John and Emily were five years old, we paid to have their picture put on the wall.
Can you find them in this shot of the wall? 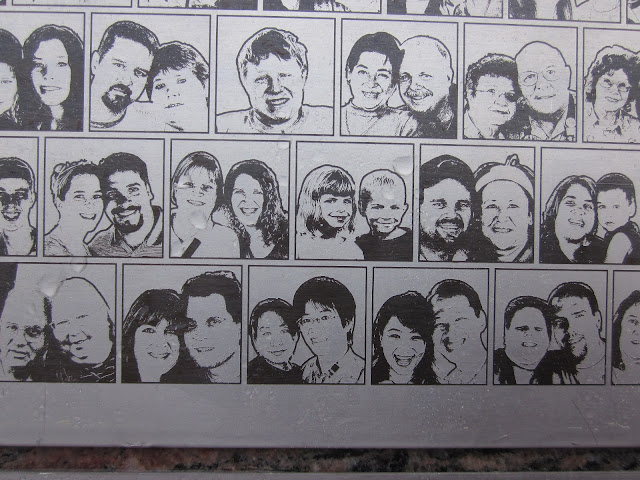 When we went back with Grace as a one year old in 2007, we had her picture put on one of the walls as well. 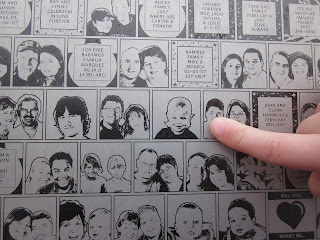 They stopped selling spaces sometime after we were there last.
So even though we tried, Grant does NOT get to have his picture on a wall at Epcot.
Instead, we gave him a picture of himself on his very own wall. 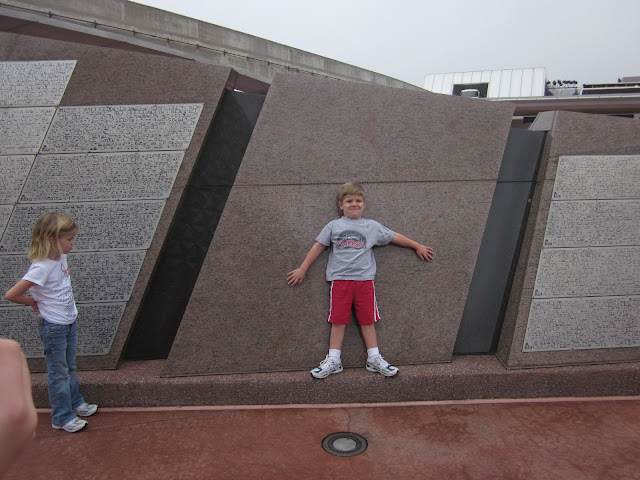 He looks impressed, huh?
You can tell by looking at these pictures how much it bothered him that he didn't get his face on the wall. 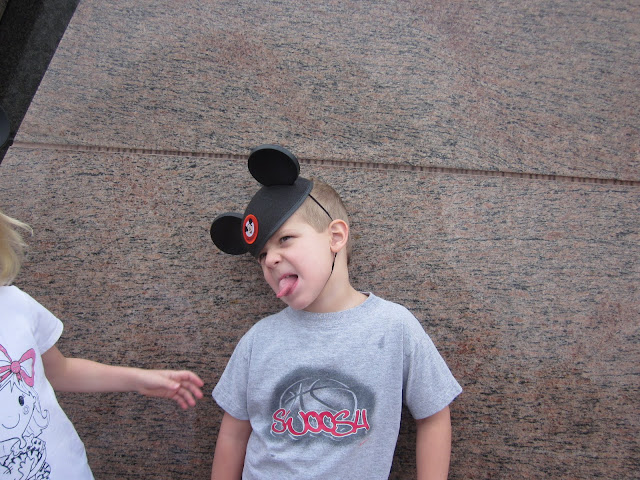 Grace and Grant horsing around 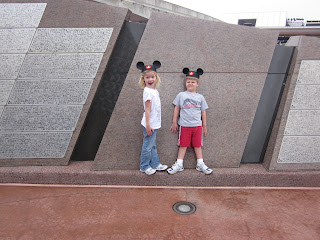 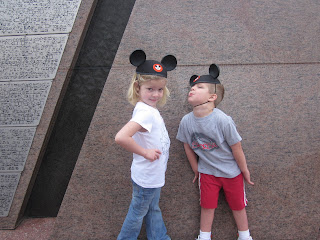 See all of the big slabs behind the kids?  That's where you can find their pictures.  This shot only shows about half of the slabs.  There is a matching set on the left side of 'the golf ball' (as the kids call it) too. 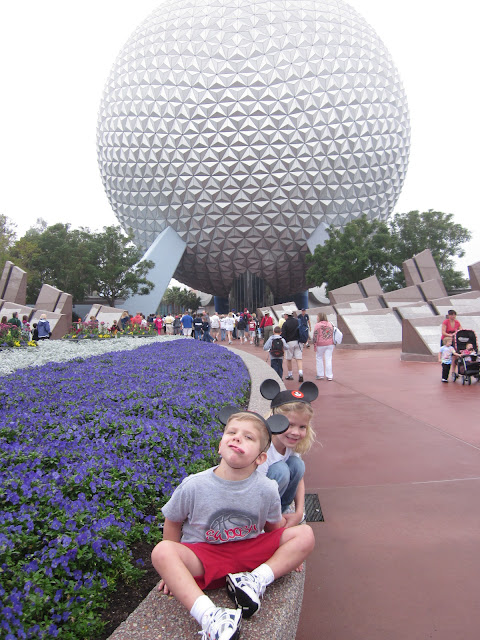 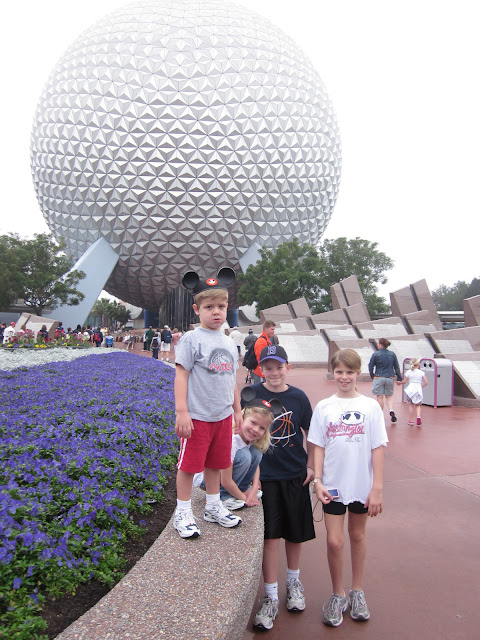