Safari at the Animal Kingdom

This was on the safari ride that showcases a lot of the wildlife they keep at the park.
It is neat because they aren't 'caged' though the dangerous ones can't get close to you (obviously)(don't suppose visitors being eaten by tigers is the kind of headline they want at the park) 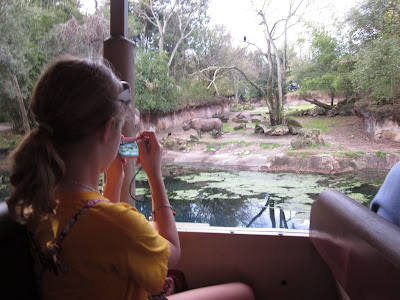 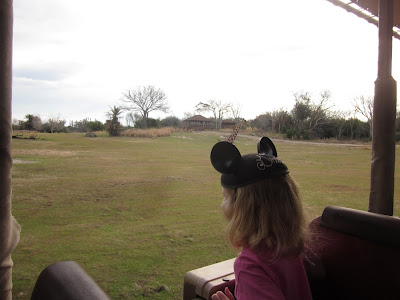 Guests who stay at the Animal Kingdom Resort can actually get a room that looks out over the preserve and see these animals right outside their balcony.  How cool would that be?? 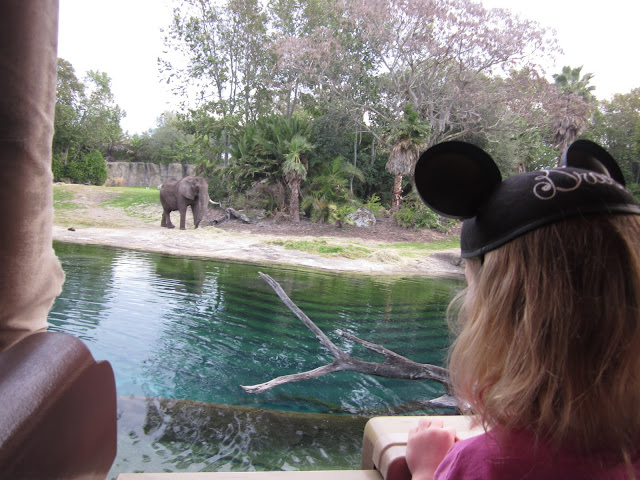 Grant and David right before we terrorized the poor boy on Everest (a roller coaster)
It was a great coaster, but my four year old son had had enough of it by the time the ride ended....
no tears, but he and Grace neither one would get on it again. 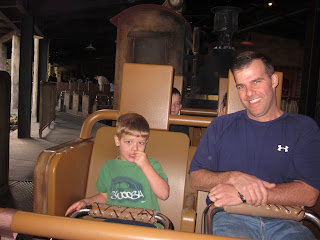 If you look carefully, there is a back of a tiger showing beside Emily's leg on the other side of what seemed like WAY too thin glass.  The tigers were pretty rowdy right then.  We watched them fight pretty aggressively with one another for a few minutes before moving on. 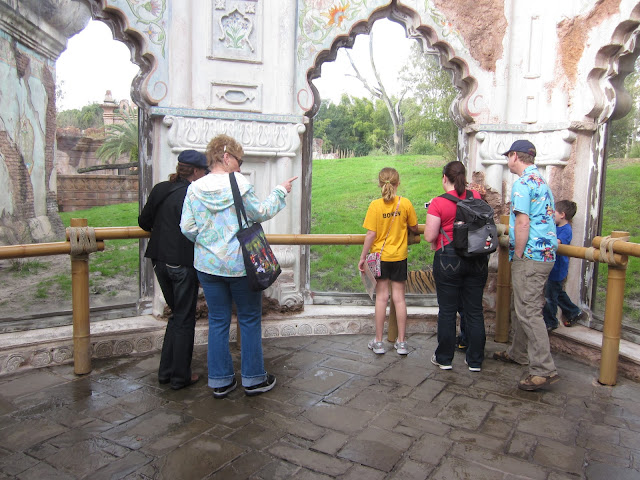 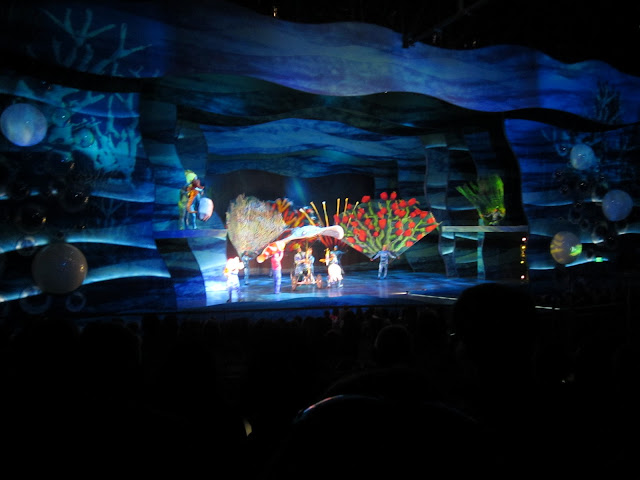 Taking a break for ice cream 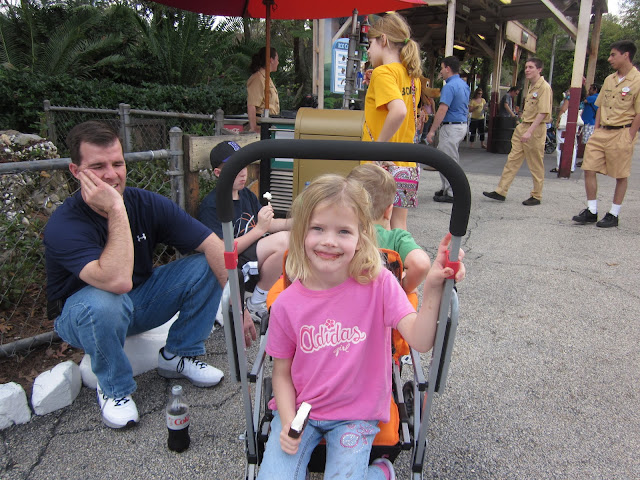 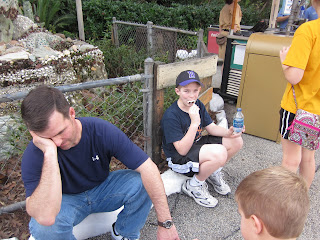 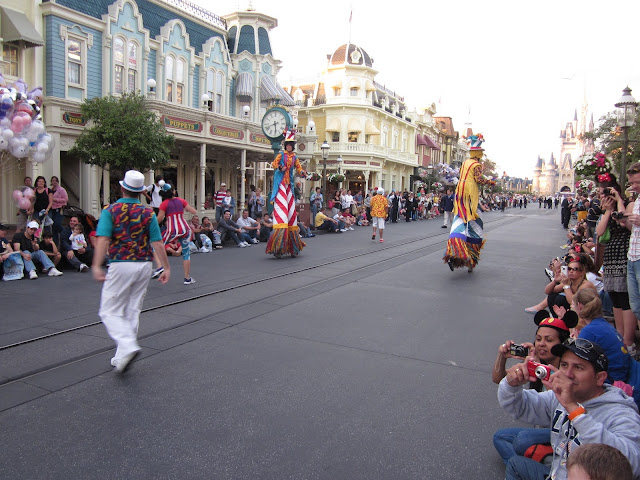 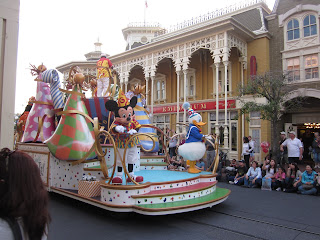 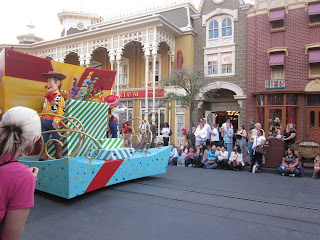