The camping adventure continued.....
We loaded up the four Shupes and headed off. 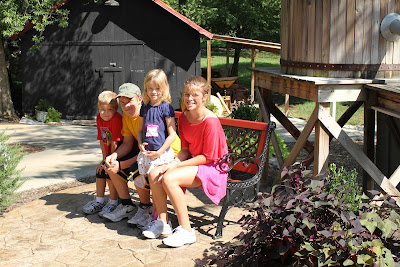 One of the first places we stopped was Lost River Cave. 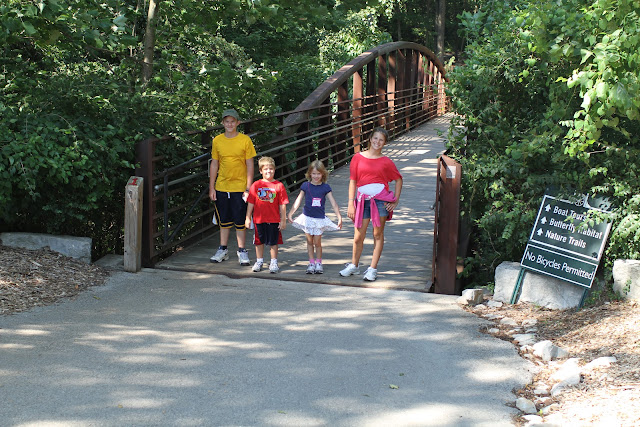 Years ago in the days before air conditioning the entrance to this cave was a dinner club with a dance floor and chandeliers.  People would go there to get out of the heat and enjoy one another's company.  As you would guess, when more traditional gathering spots became air conditioned this place fell into a state of neglect.  It is now run by the Kentucky State Parks System. 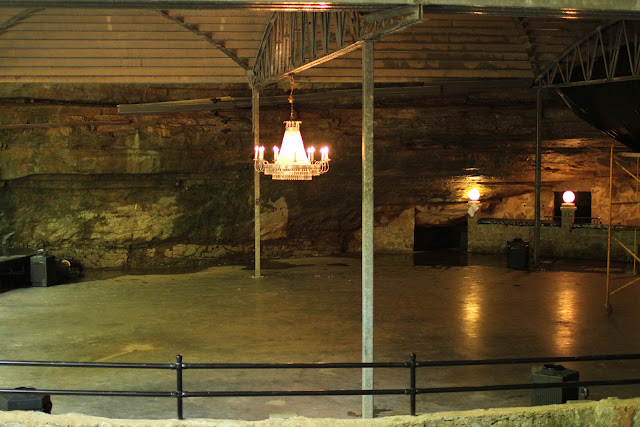 Yes, we toured the cave in a boat.
It was pretty interesting.  The kids all seemed to enjoy the trip, except maybe the lifejacket part of it. 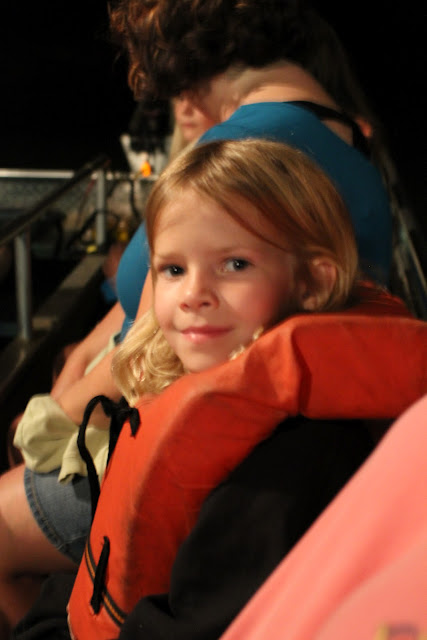 THIS is what you call social justice.....
John and Emily can now tote around Grace and Grant. 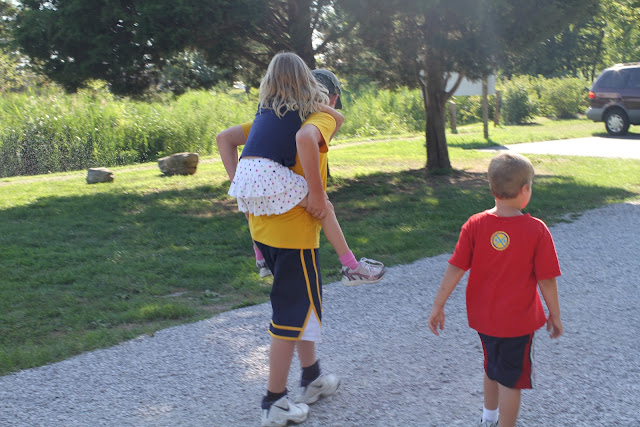 I consider that fair compensation for all the years I packed them around to different places.
This is a picture David took of Emily..... 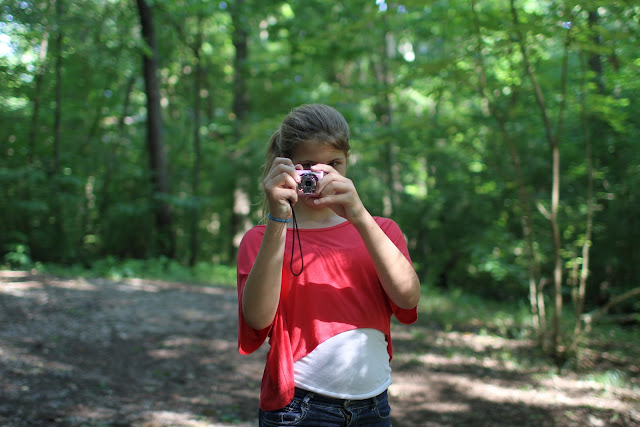 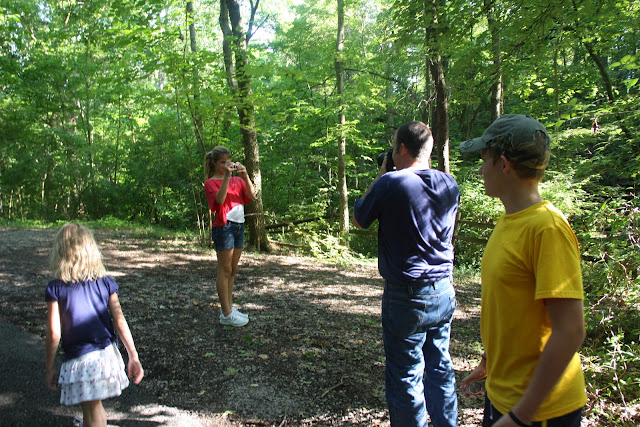 while I was taking a picture of them both.
Yeah, we're a bit strange sometimes.


The first adventure of the weekend was recorded as a success! 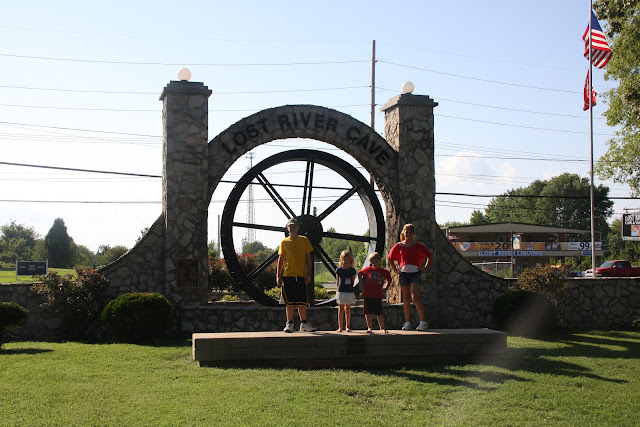 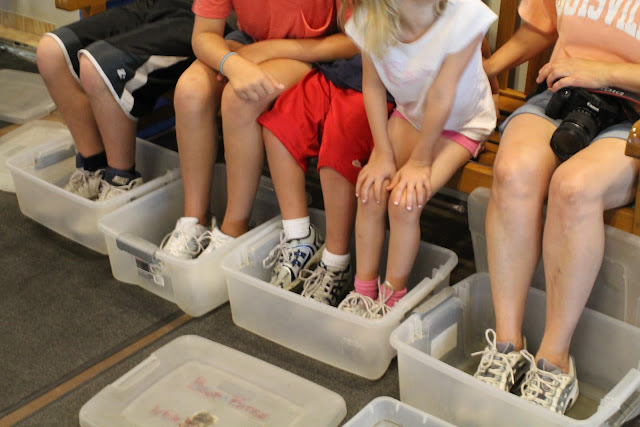 The second adventure didn't start quite so well.
Because we had been in a cave within the past seven years (for the record, we were in a cave the previous afternoon) (see pictures above) we had to bleach our shoes to protect the bats in the cave from a disease that is destroying their populations.  Kinda weird, but I appreciate the park rangers' knowledge, and we did our part to help the cause. 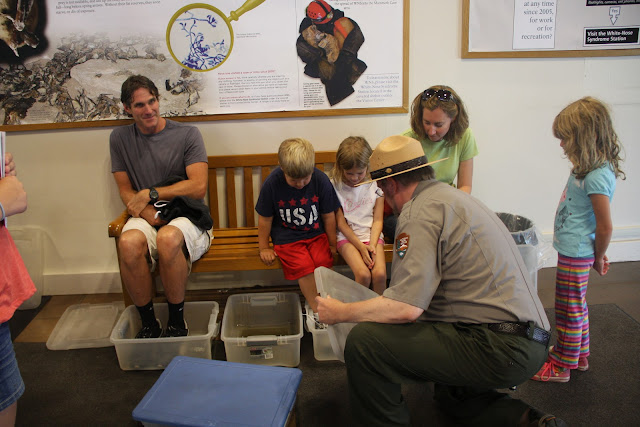 Once we were all sufficiently bleached, we descended into Mammoth Cave. 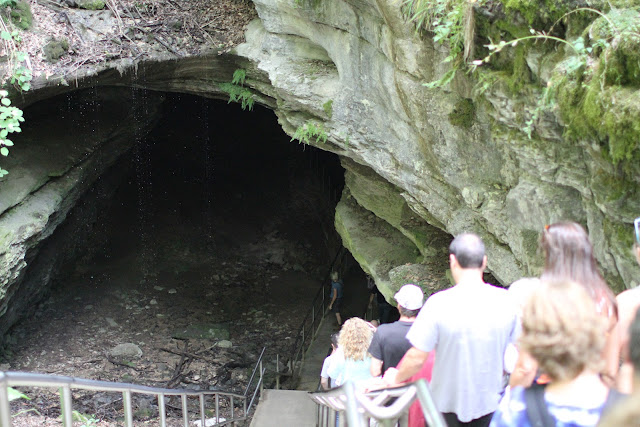 We learned Mammoth Caves nearly 400 miles of passageways makes it the largest known cave in the world more than doubling the size of the next largest cave system. 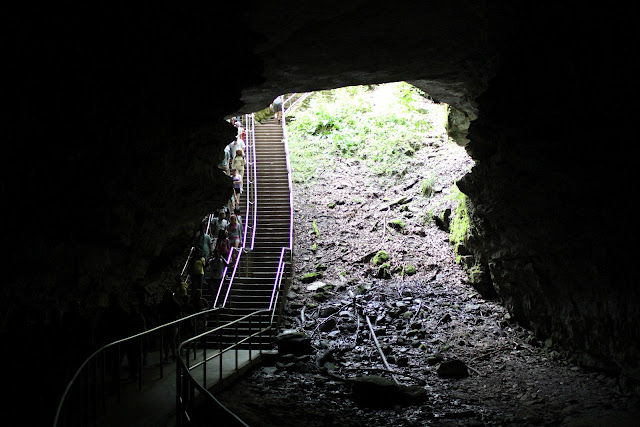 We walked five miles...nowhere close to the 400 available, but hey,
we were just glad everyone walked most of the way without having to be carried.
Grant is not known for his love of hiking. 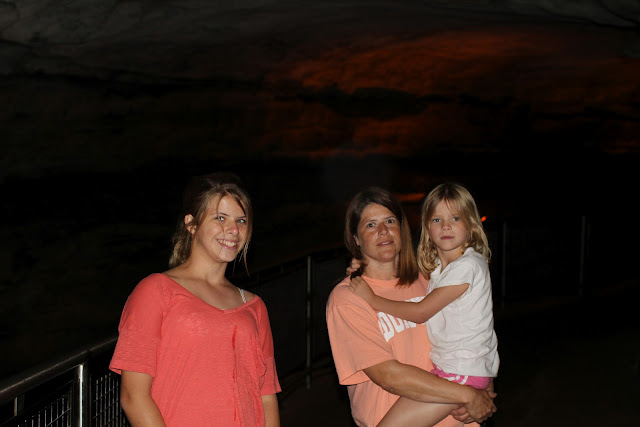 We actually stopped at Mammoth Cave on our way home that Sunday afternoon. 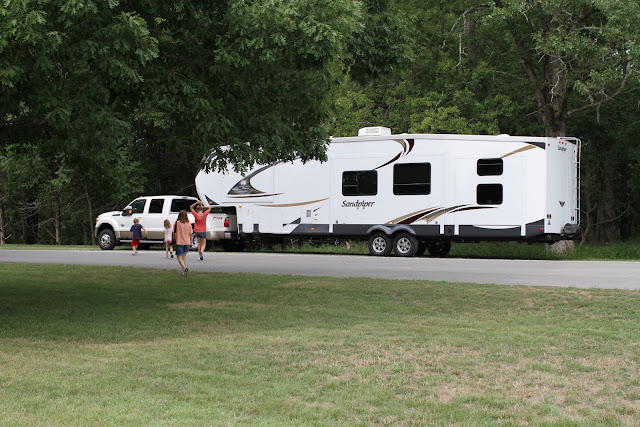 We discovered that dragging your motel room with you can make parking a bit of a challenge sometimes....no front row parking spaces for us.....Grant survived in spite of grumbling the entire way back to the truck.
Goodnight all!!