This seems to be a favorite activity for us.  It's something we can all enjoy no matter our ages. 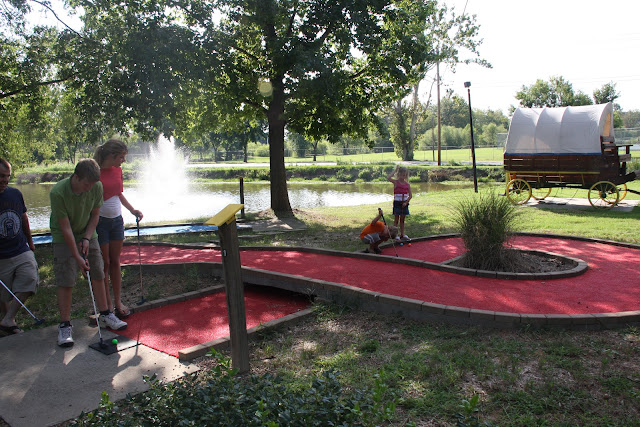 Of course some of us take it WAY more seriously than others. 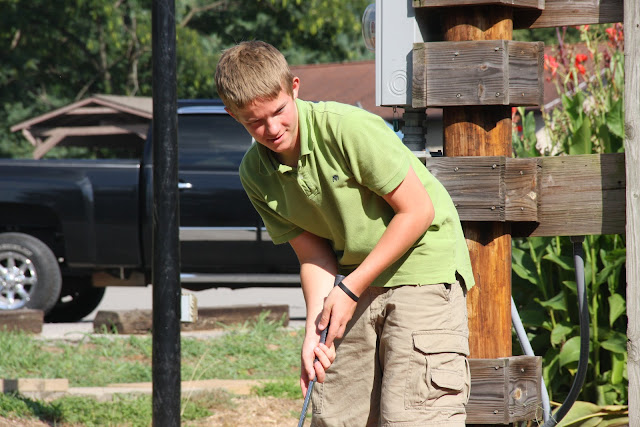 I'll let you decide who is competitive and who isn't. 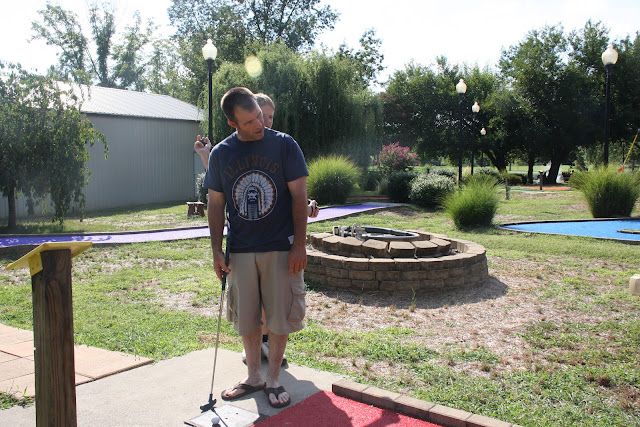 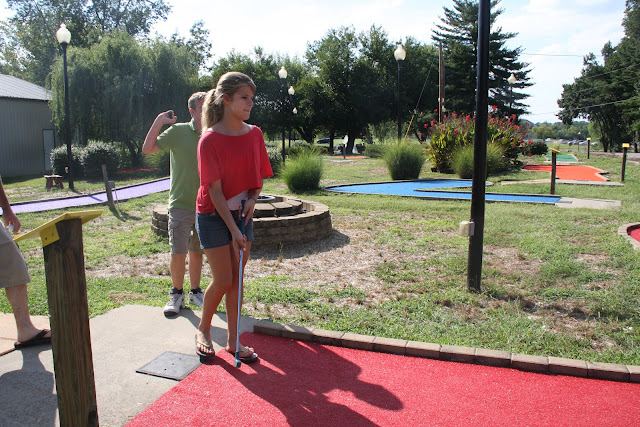 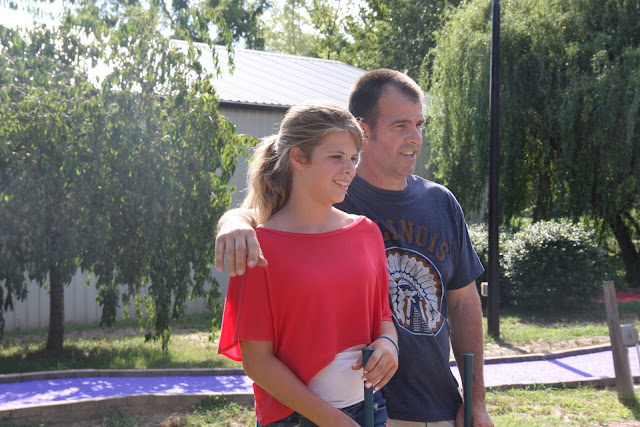 David is a bit horrified by the techniques employed by the youngest two kids. 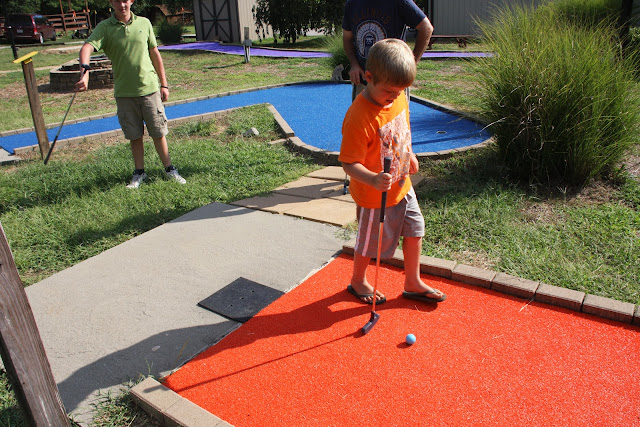 He tried to be helpful and give them some pointers to improve their game. 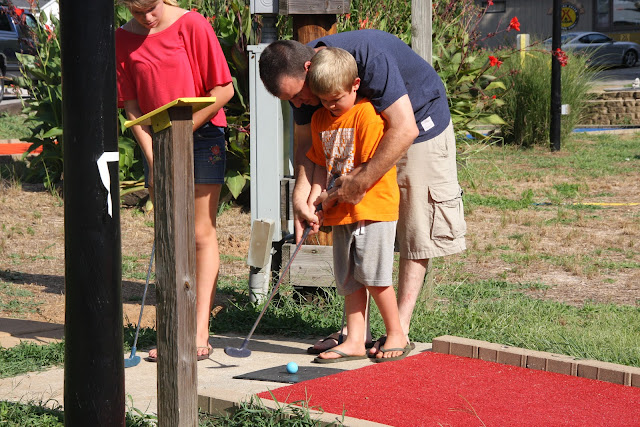 They listened politely to what he had to say.... 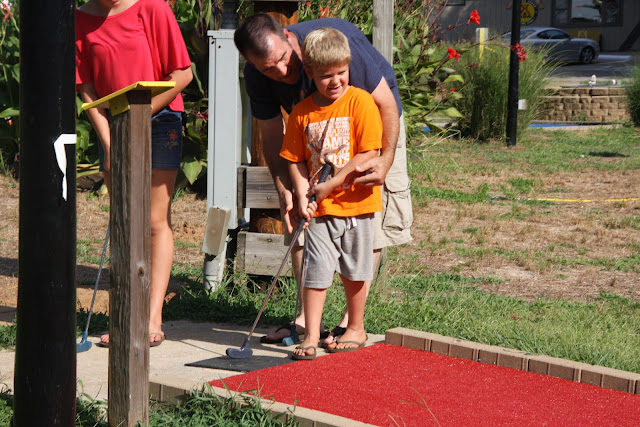 then wandered off to love on a kitten that stopped to say hello. 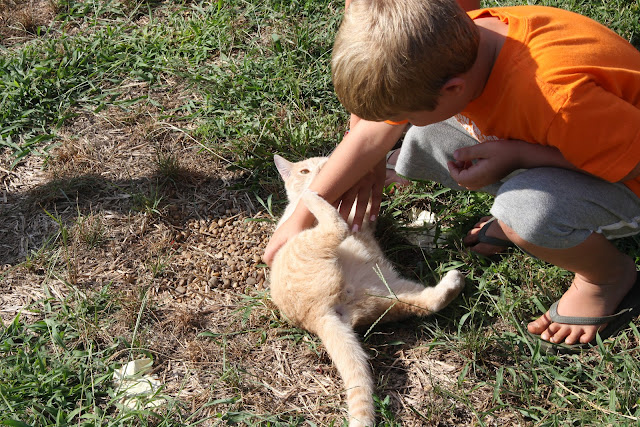 I don't think they much cared if they won or lost once there was a cat to play with.
(It's too bad their parents don't get them a pet of their own; don't you agree?)
Sarcasm there, folks.
Later it was off to the Corvette Museum.
The production plant was shut down that day or we considered taking the kids to see the cars being made. 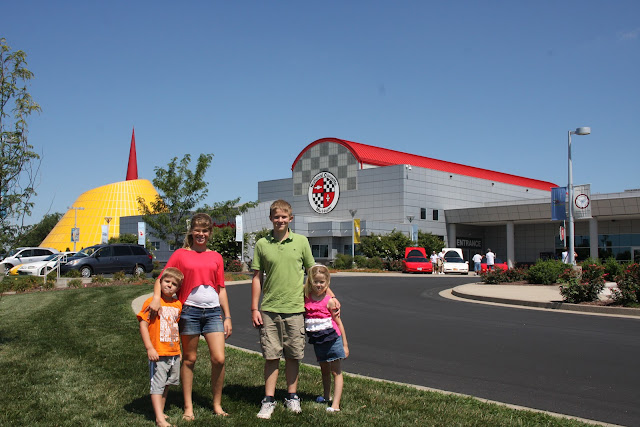 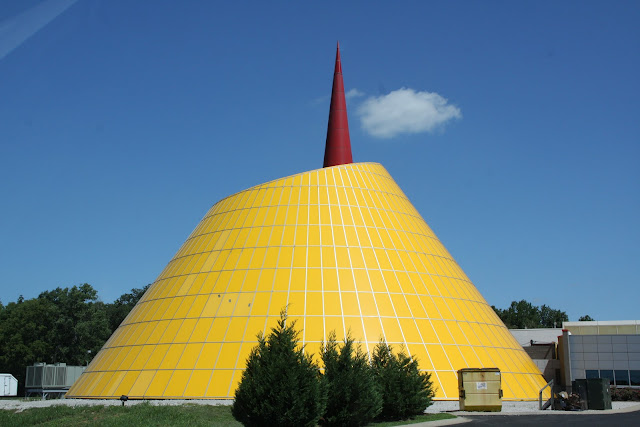 One of the favorites we saw.  There were lots to pick from too. 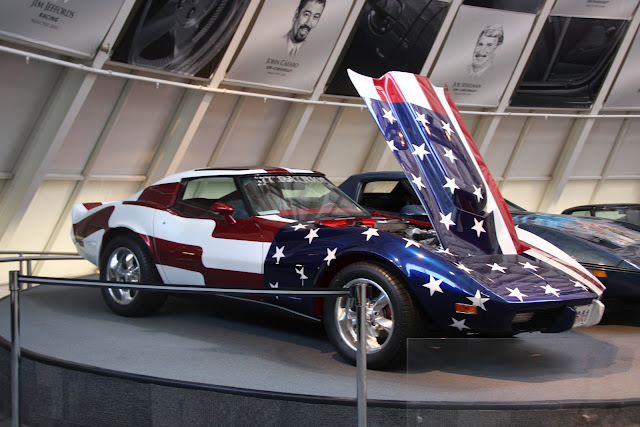 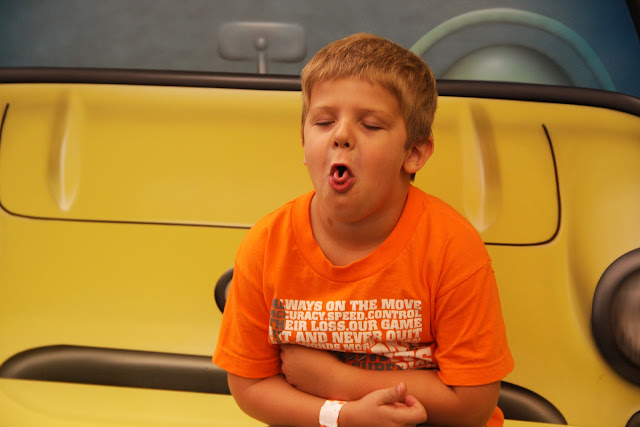 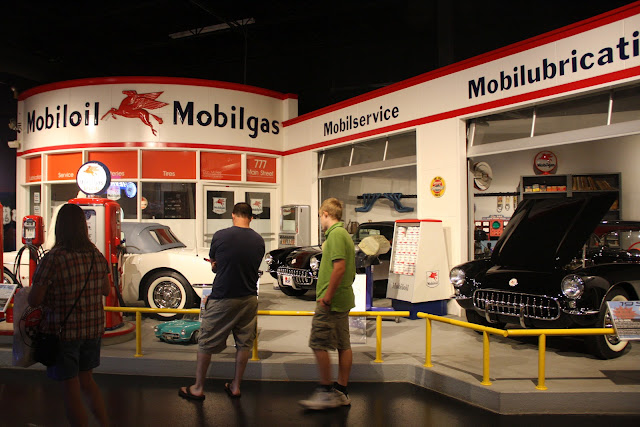 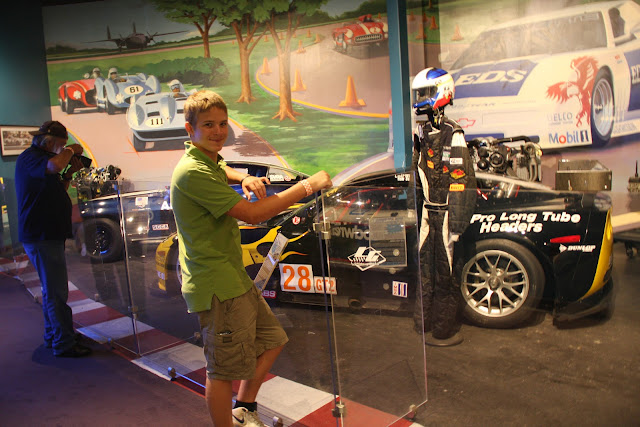 A picture made entirely of smaller pictures of corvette owners with their cars.
Grant was fascinated by this and still talks about it even now. 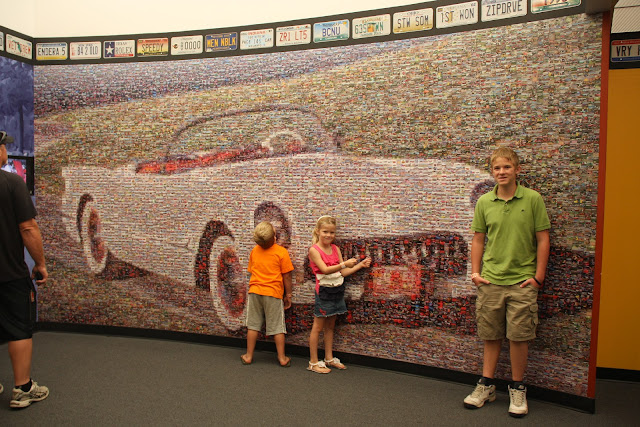 This was his idea of standing still for a picture.
What a dope!