When the television gets unplugged, kids get desperate for entertainment.

They've played board games.  A lot.  Grant says the games should be called bored games instead because they only get played when everyone is bored. 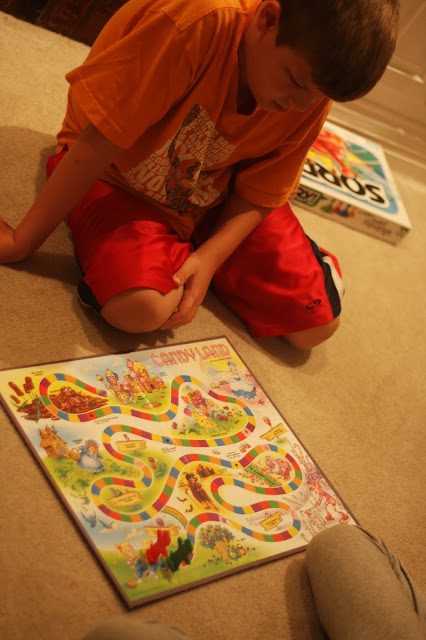 Candyland made an appearance the other night.  Not sure why they're still playing preschool games, but at least they were getting along.  Board games usually test the limits of sibling affection around here. 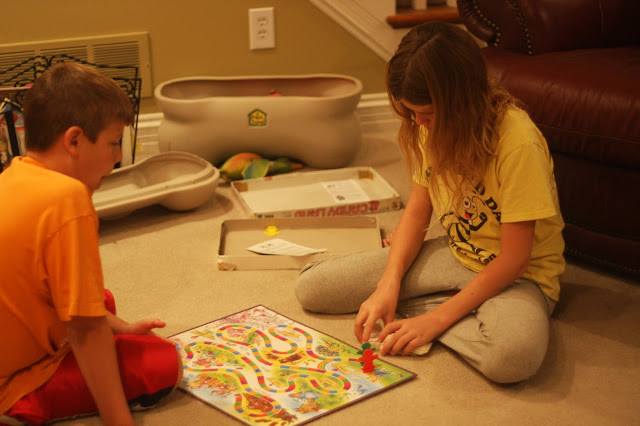 SORRY has once again been the game of  choice.  We manage to play at least one game of SORRY every night before bedtime.

Last night was an exception though.
Grace and Grant took turns with our shooting gallery...a continuation of Grant's recent enthusiasm for shooting things in general and more specifically killing deer. 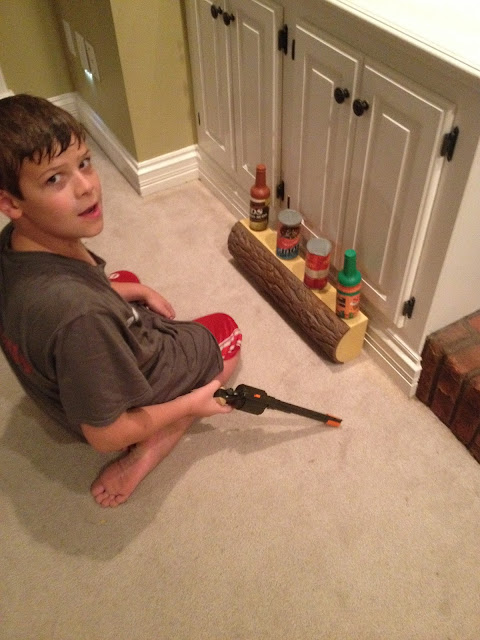 Then it was on to a contest I like to call how-badly-can-I-injure-my-father. 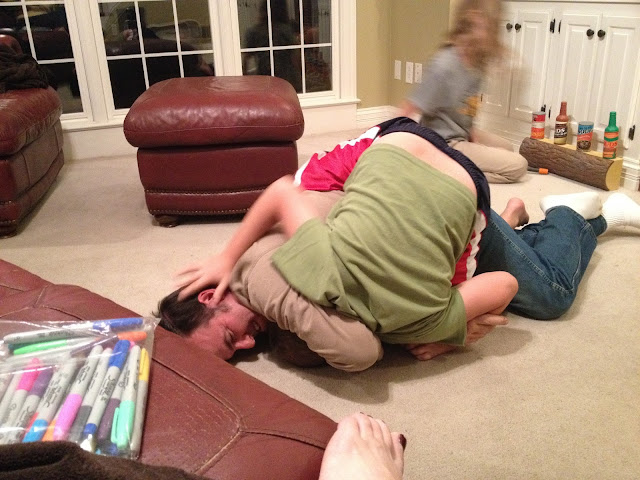 I found Remington offering comfort to David after Grant moved on to other more exciting activities. 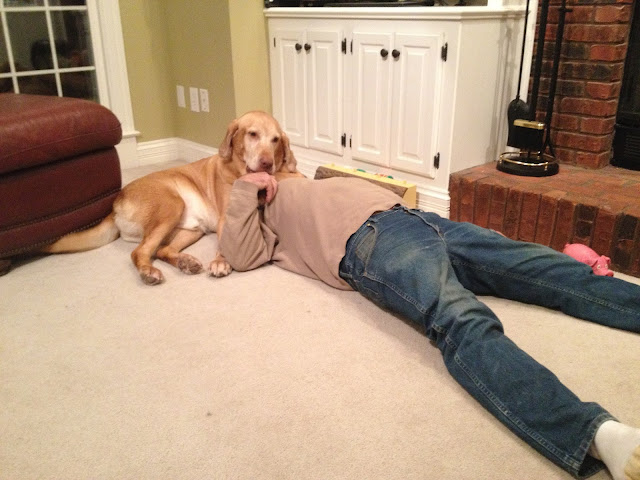 David will be happy when November is over.