The week before Halloween was bookfair week at Grant's school.  One of the activities geared toward raising money that week was a pumpkin patch contest.  The kids could decorate a pumpkin as their favorite character from any story and bring it to school.  It was then displayed for the week of bookfair in the library's pumpkin patch.  Very cute.


Grant decorated a pumpkin to look like Pokemon.  Didn't he do a good job? 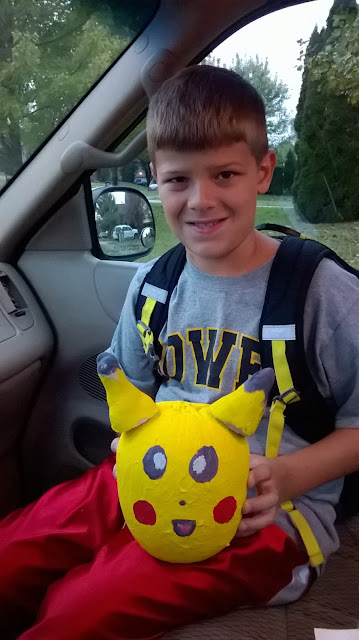 He and David worked hard and had a lot of fun doing the project together.
Grant was very proud of his work. 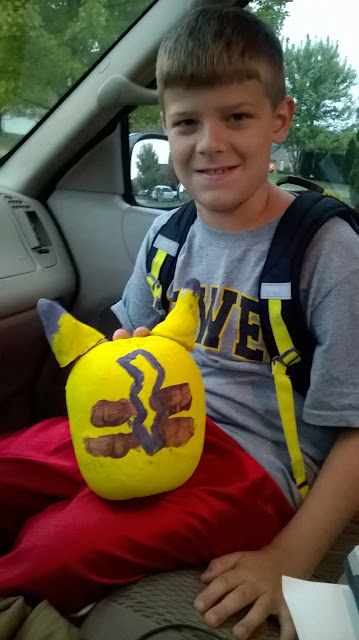 The PTA held a contest to see whose pumpkin was the best.
Any attending the bookfair could vote.
A dollar counted as one vote.

The student receiving the most votes won a new tablet.
A real tablet.  Not the paper kind.
Sweet!!

Grant did not win.
Sad.

But he probably didn't mind too much
after we took his pokemon pumpkin to the farm
and had a little fun with it. 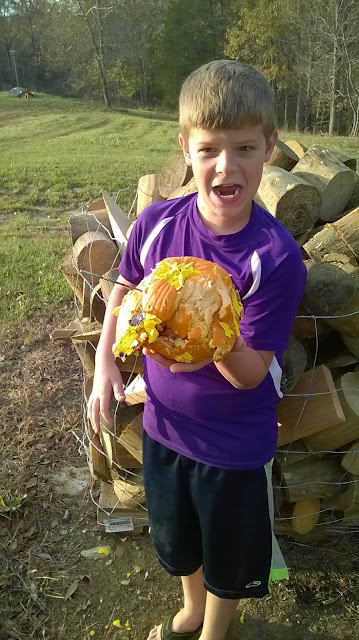 This is what Pokemon looked like after Grant and David
took turns shooting it.

Boys.
Do they ever grow up?
Posted by otherwise known as mom