WARNING:
This blog post contains material that may be disturbing to some viewers.
Viewer discretion is advised.

I'm only sort of kidding.

At the ripe old age of nine, Grant moved one step closer to manhood
as he picked up his shiny new gun 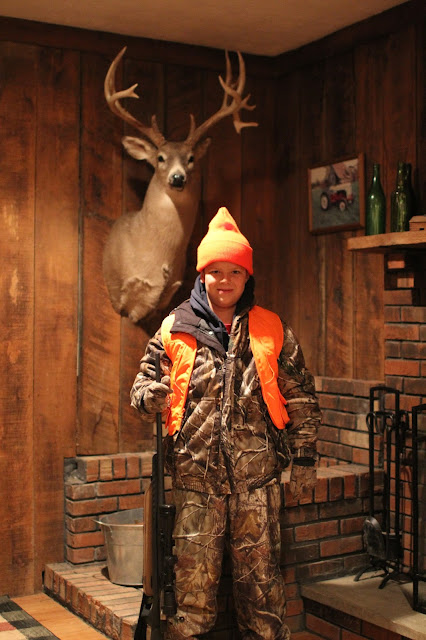 and joined David and John for a hunting trip. 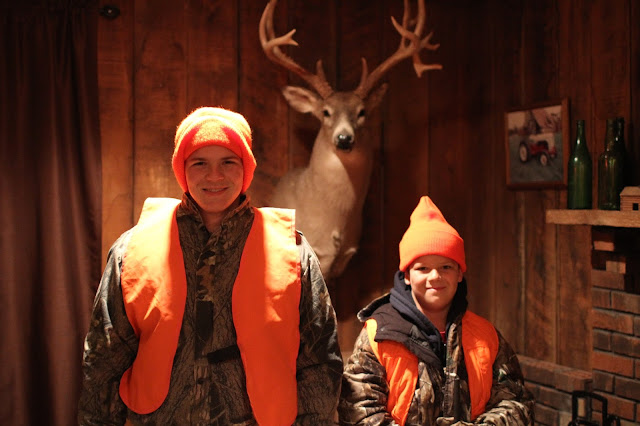 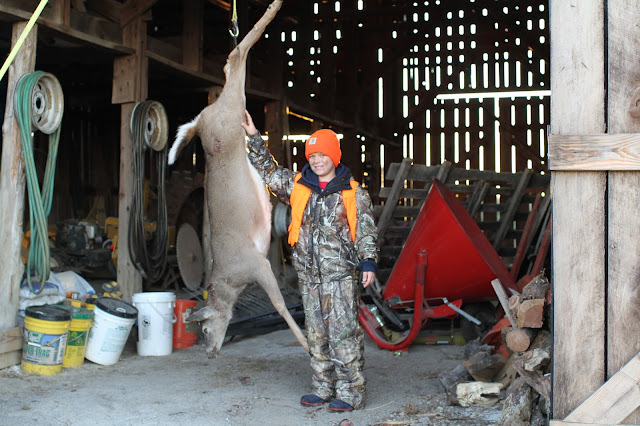 Doesn't he look proud of himself?


David told Grant that real hunters don't smile when getting
their picture taken with their deer. 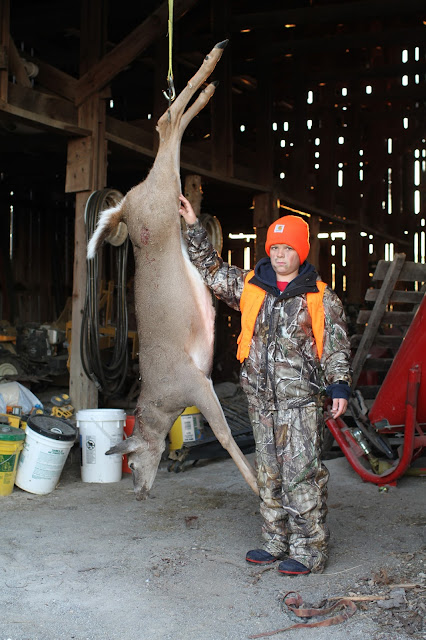 So Grant gave his dad the most serious face a nine year old could muster.


John didn't get the memo about not smiling,
so here he is smiling and holding on to his first buck. 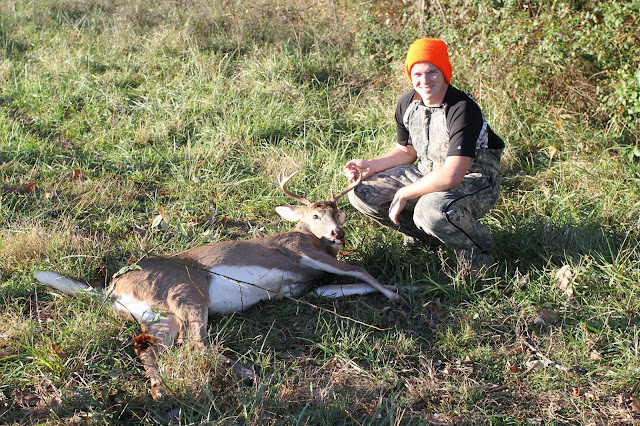 The rest of the day was spent cleaning deer and cleaning out the tobacco barn.
We had a little incident at the farm just a few days prior to hunting season.
Three men were caught in the act of stealing things from our barn.
Neighbors called police who later arrested the three men.
Most of our things that were stolen have been recovered.
So all is well.

I'm just thankful no one was hurt.
And hoping that the men who were caught get a chance to turn their lives around.
I'm sad for them.

AND HERE COMES THE DISTURBING PORTION OF THE BLOG
DON'T SAY I DIDN'T WARN YOU!!

After all of the deer cleaning and barn cleaning was done,
I forced my kids to stop long enough to get a picture of them all together.
I even had the audacity to make them wear clean clother!
Gasp!  How awful!!
Grant was not pleased with this requirement.


And here are all four kids including a very unhappy Grant
cleaned up, tucked in and combed.

Shocking to see. I know. 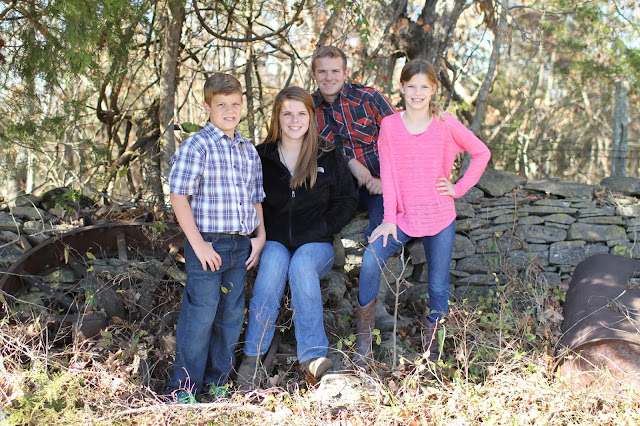 David was my photographer.  His rates are pretty affordable.
Didn't he do a great job?!