Are you ready to rumble??

You would really not believe the goings on in my living room today. 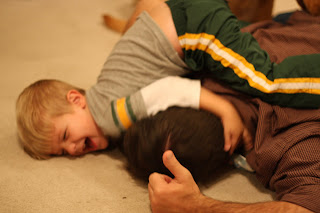 A full blown wrestling match broke out between these two.  There was much kicking, eye gouging, yelling, pulling of hair and general rowdiness taking place. 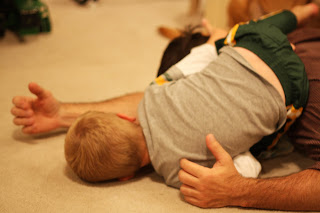 Once the scrappy little guy got the upper hand, he was ready to put his "death move" on the big guy and win the match.

He begins his move by carefully positioning himself above his unsuspecting opponent. 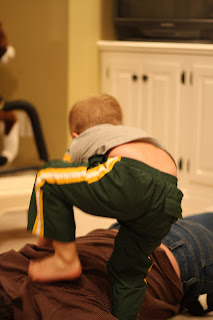 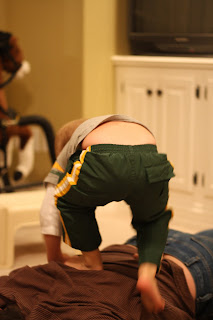 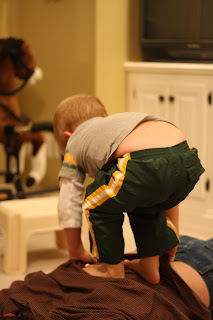 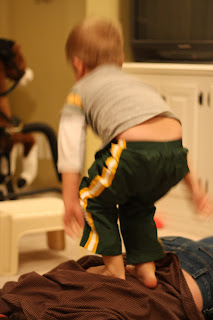 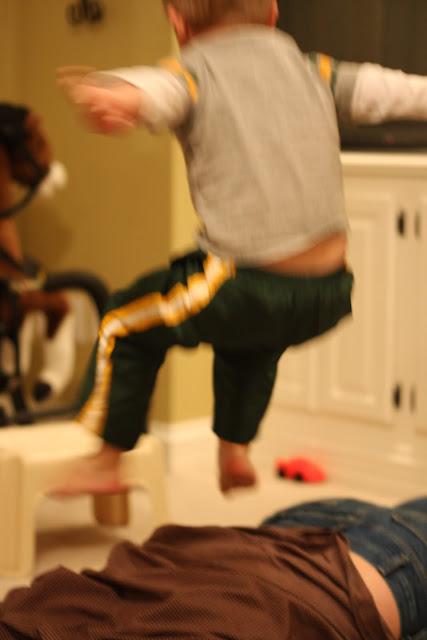 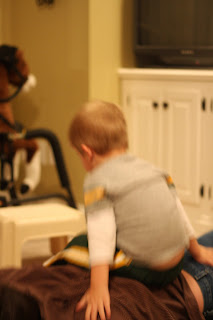 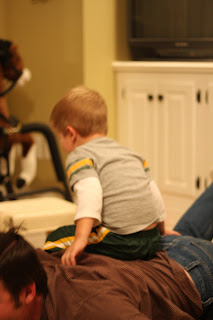 The crowd goes wild!!  What a performance by the little guy!! 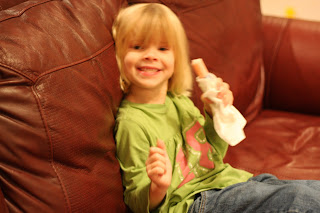 You guessed correctly....not much going on around here today.  The big kids raked leaves.  I baked one last batch of cookies.  Grant and Grace played like angels all day.  David worked on a bunch of "projects" around the house.  Just another day in paradise the zoo.

Have a good weekend.