Lots of Nothing Going On

Traffic was a little backed up this morning in our area.  The commute looked brutal from my perspective. 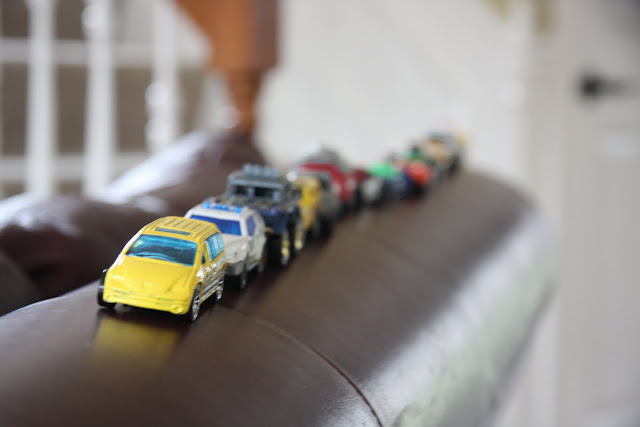 The couch has become the favorite spot for Grant to drive his cars....much to my dismay.  I let him do it though.  It's only a couch....right?????! 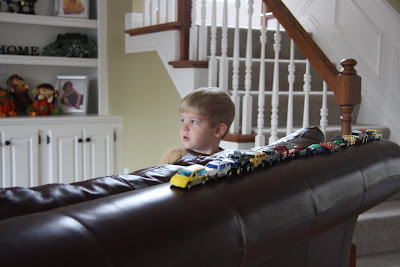 This hippie hitchhiker stumbled across our path today. I don't know where my kids get their fashion sense!! I also have no idea why he was wearing that stuff! 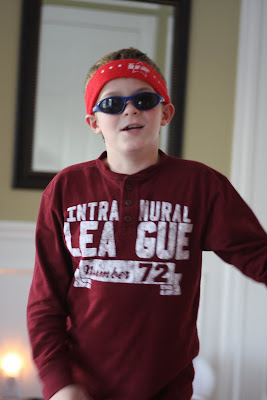 Grace with something ELSE on her head that is not supposed to be there......need I say more?  I do admire her remarkable sense of balance that she exhibits.  Once again, I have NO EXPLANATION. 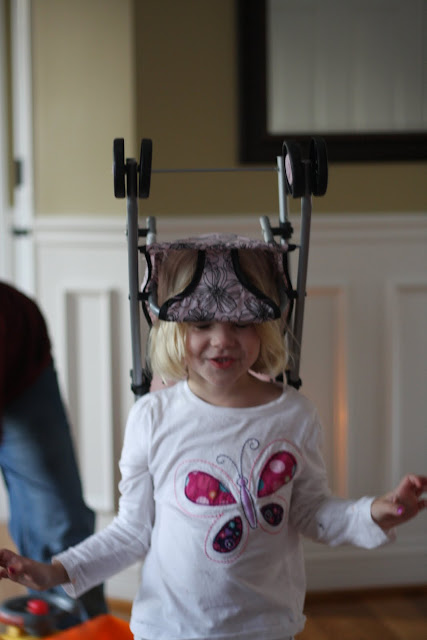 Emily showing of some of her handiwork decorating fall cookies.  She loves doing these.  I don't ever decorate them anymore.  I just mix up the icing and hand over the goods to them. 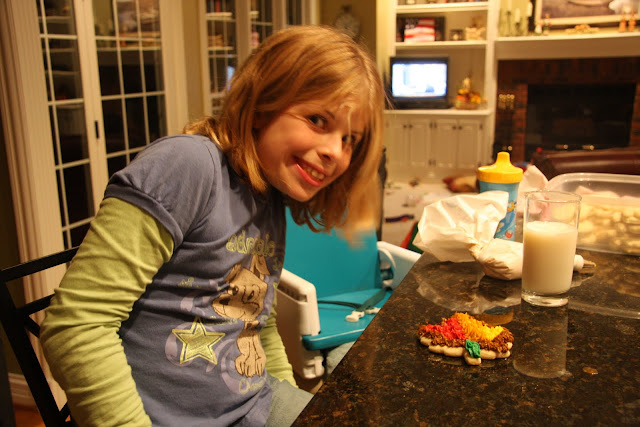 Probably the only way Emily would voluntarily eat turkey is baked and coated in icing.  She's getting pretty good at decorating. 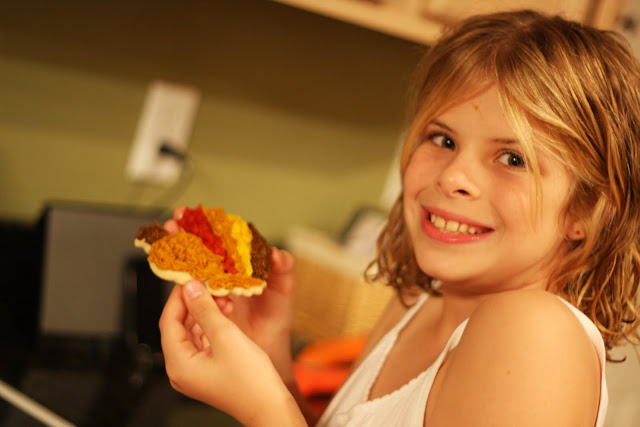 Grant makes multiple trips to the bathroom each evening at bedtime.  He's figured out that with peeing he holds the trump card.  I don't make him stay in bed.  If he pees twenty times after lights out, then so be it.  I put his pants on him twenty times.

The game has to get old sooner or later.  I'm hoping for sooner.  The other night I finally got tired of it and told him to go to bed without pants (thinking he still had at least a few more trips in him before he gave it up for the night)(WRONG).  When we checked on him as we were turning in for the night, this is what we found.

He was conked out cold in the rocking chair.  He'd managed to put the nighttime diaper on, but couldn't figure out the pajama pants!!  He really is asleep here.  David turned the light on to take the picture.  Looks mighty uncomfortable in my opinion. 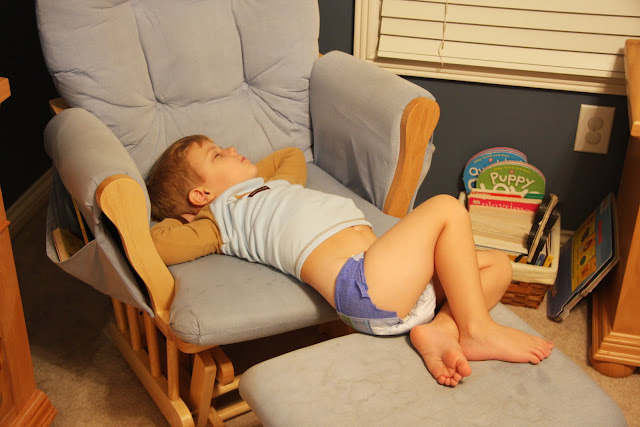