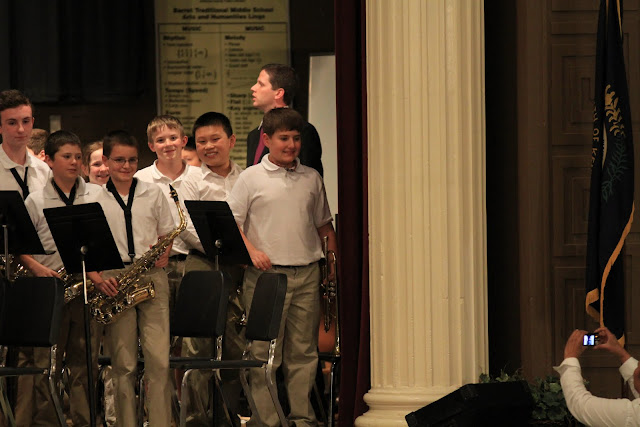 hard to see, but John and Emily are in these pictures. 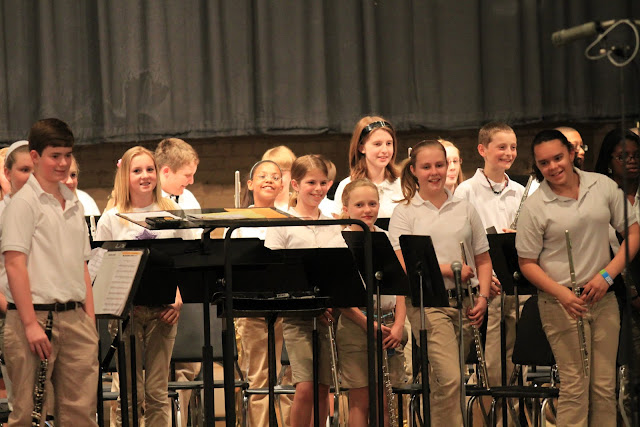 You can play "Where's Waldo?" and try to find them. 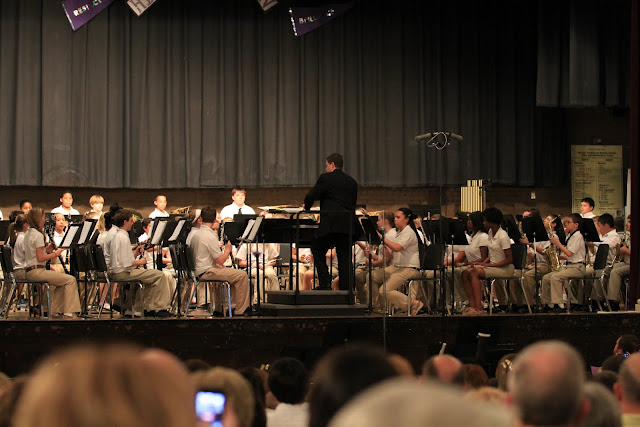 Take a bow after the performance.... 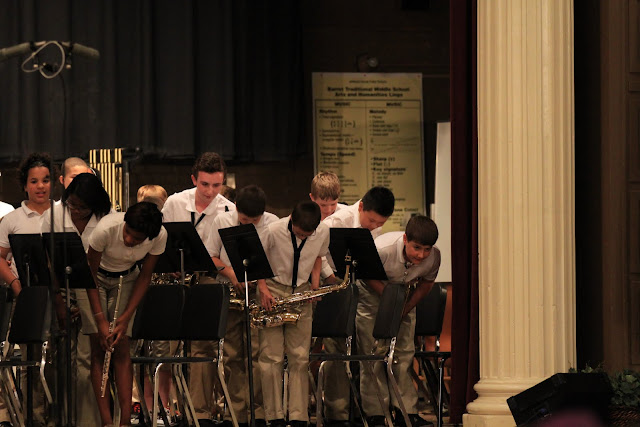 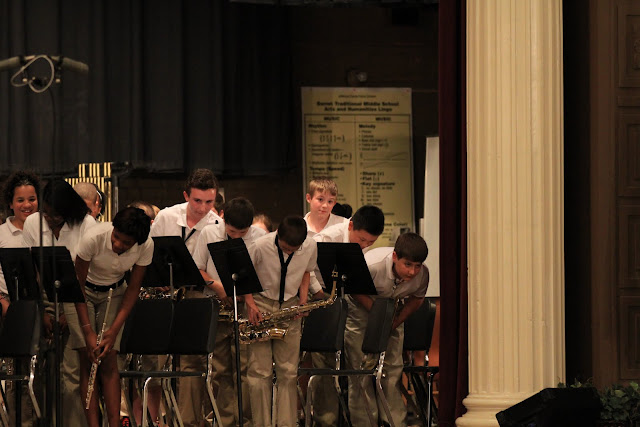 J and E finish school on the 3rd of June.  They are ready.
I'm ready to not get up everyday at 5:30.
I know.
I'm a wimp.
They've had a good year.
They both made honor roll every grading period.
Both were honored with the Hilltopper Award.
Only twelve kids in sixth grade get that each year....that's twelve kids out of 275 kids.
John was nominated for the National Young Leadership Conference. (We passed on sending him because it was so expensive!)
John was named Mr. Barret for the sixth grade class.
Both received the Principal's award for high GPA's.
Both were inducted into the Jr. Beta Club today.
I wish someone would fill me in about these things.   I really didn't realize until the ceremony today what an honor some people consider this nomination to be.
I almost didn't let them join since we've always limited the number of activities/clubs they can be in at one time.
I guess I'm clueless about these things.  I'll do better next year.
I promise.
Needless to say....we're proud of them.
Posted by otherwise known as mom