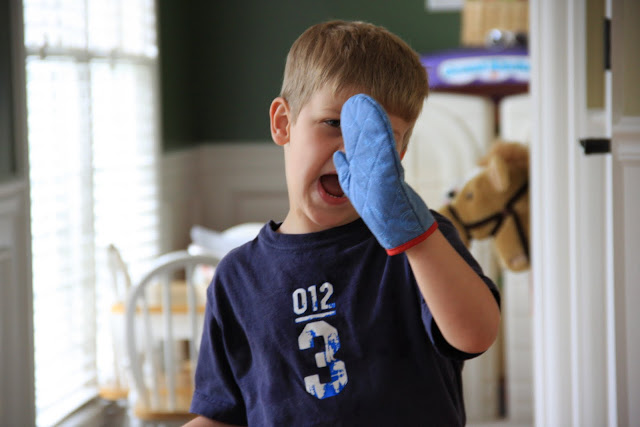 because he was helping me bake cookies.
We gave a bunch of them away today. We gave some to the teachers at school, some to the guys at our recycling center, a bunch to the very nice people at McDonalds drive-thru that often times hand me free cokes and some to the nice guys who came to fix my internet connection today.  They were excited to get cookies warm from the oven.
Today, Grant tried to cut the thumb off the oven mitt 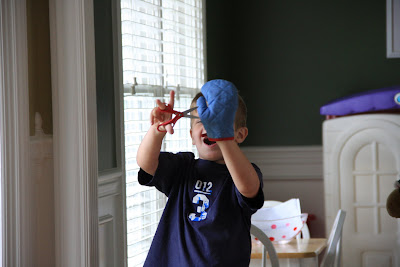 for no apparent reason.
Today, Grant wanted me to take a picture of doornail sitting on his head. 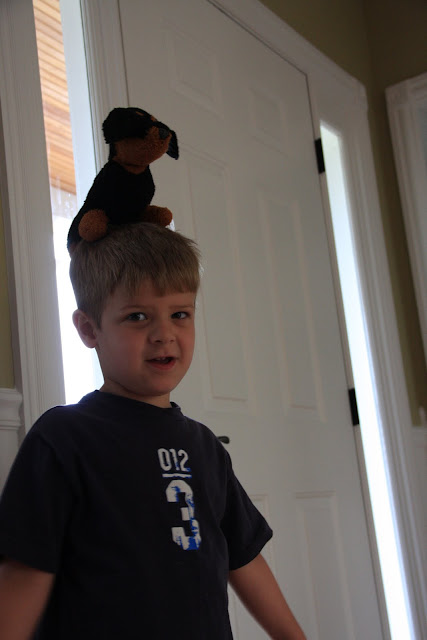 I obliged.
Today, I noticed Grant has an ever growing collection of  band-aids on his legs 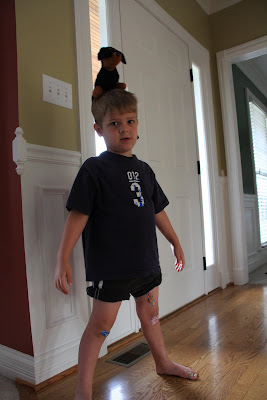 thanks mostly to the many tumbles he's taken off his bike.
Today, I counted no less than nine band-aids on his legs. 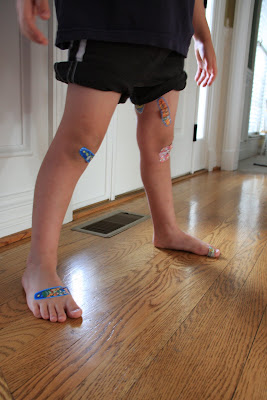 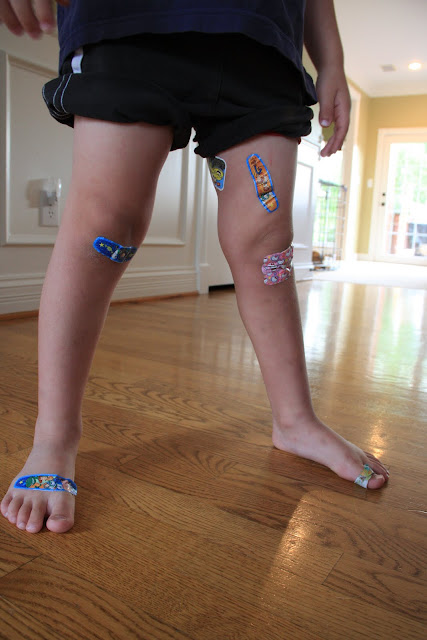 It's going to be a rough summer around here I'm guessing.
*******************
And now, to continue my thought from an earlier post about the crazy things people in this town do to celebrate Derby week......
Grace's kindergarten class has to make floats for a Derby parade at school on Thursday.
Why Thursday??
There is no school on Friday.  All schools and many businesses are closed on Friday to allow people time to drink lots of alcohol celebrate the Derby and the Oaks which is the race run on the Friday before Derby. 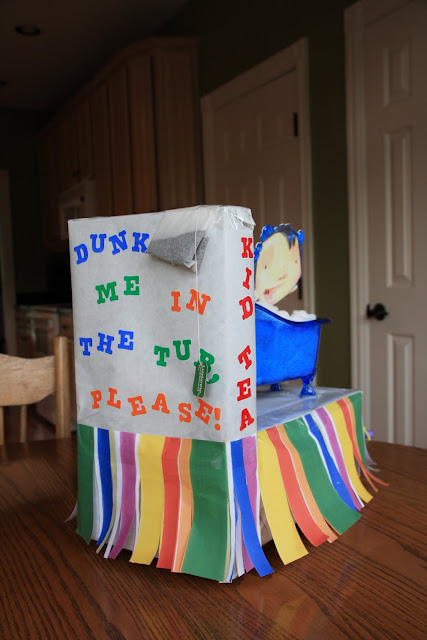 The float is supposed to be about her favorite book, which in her case is called
Kid Tea. 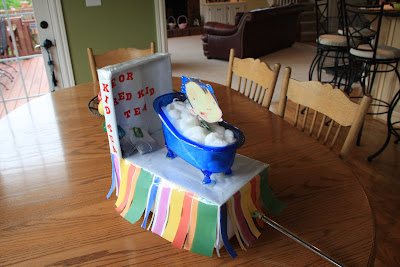 It's about two kids who get dirty each day doing something different.  Everytime they take a bath their water turns a different color. 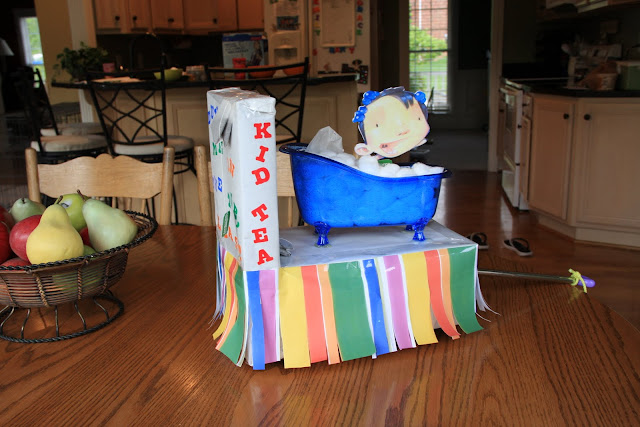 Here's her finished float.  She did this with a lot of help from mom.
I think it's sort of silly to ask five and six year olds to do these kinds of things.
They're pretty young to build something like this on their own.
We had fun making it together though, so I guess it wasn't so bad of a project!
Be sure and watch the Derby on Saturday!!
Posted by otherwise known as mom