Sorry for the bad pictures.....no time to fix them today.
Lots going on, but I want to post pictures when I catch up.  Until then, here's some from last week that I downloaded and never posted......oh well....
David found a new pet for Grant the other morning in the garage. 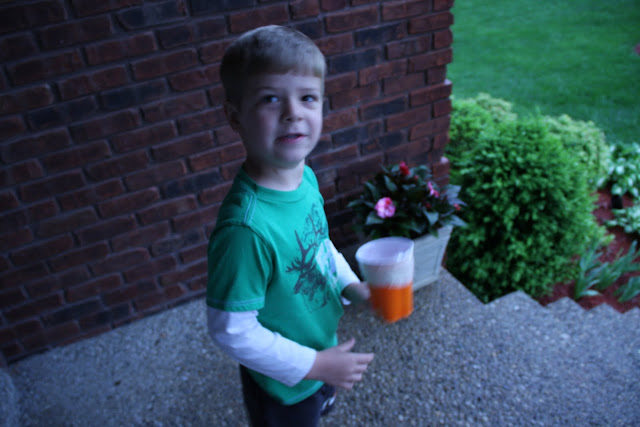 It was pretty much love at first sight. 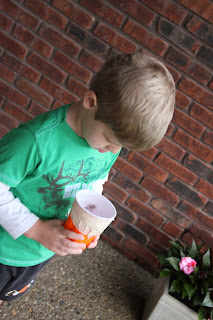 Grant played with him and petted him quite a while that morning before we decided to set him free in the front yard. 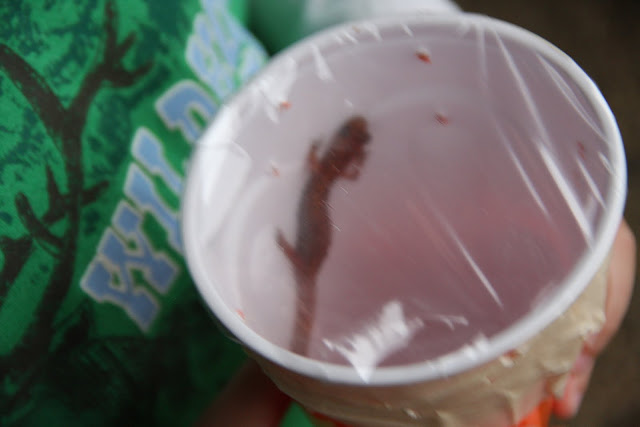 Grace was not a bit enamored with the new pet.  She opted to view the release of the pet from the safety of the front door...... 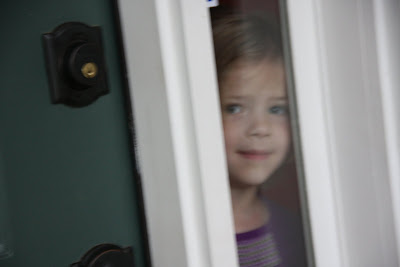 See ya later slimy!
Thanks for stopping by! 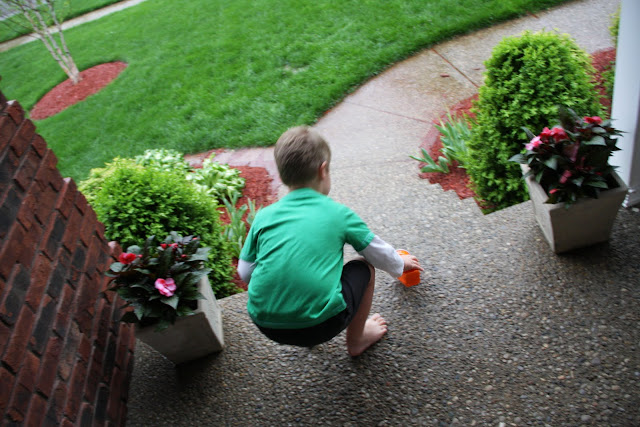 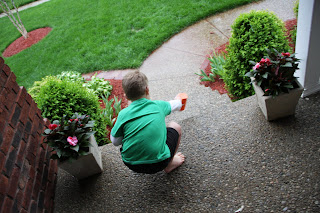 That was a close call.  Most slimy little creatures do not escape with their life when Grant gets his hands on them. 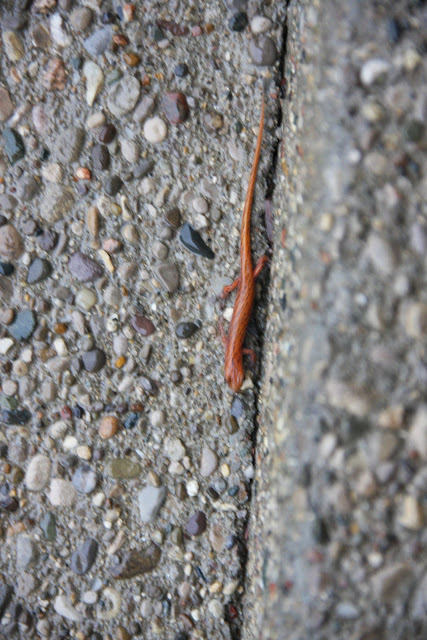