Since we were at the farm for John and Emily's official birthday, we waited until the following week to celebrate with their friends. 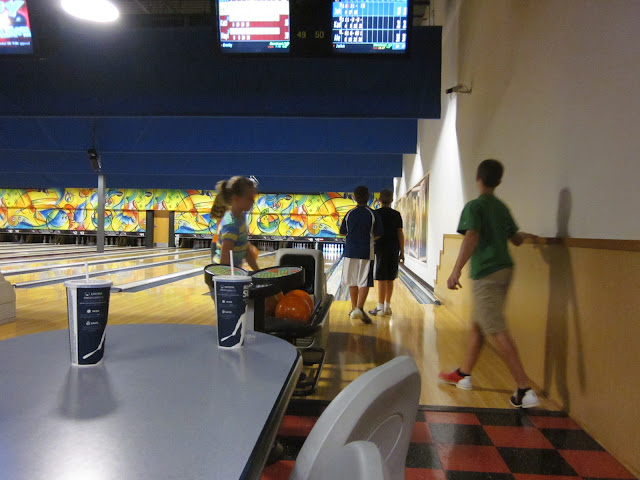 Each of them invited two friends 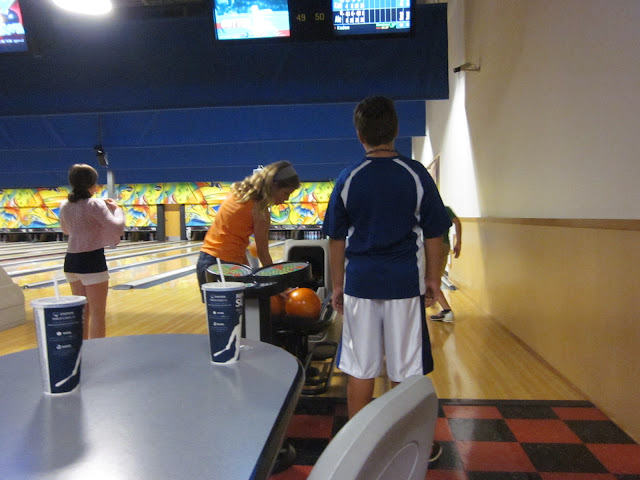 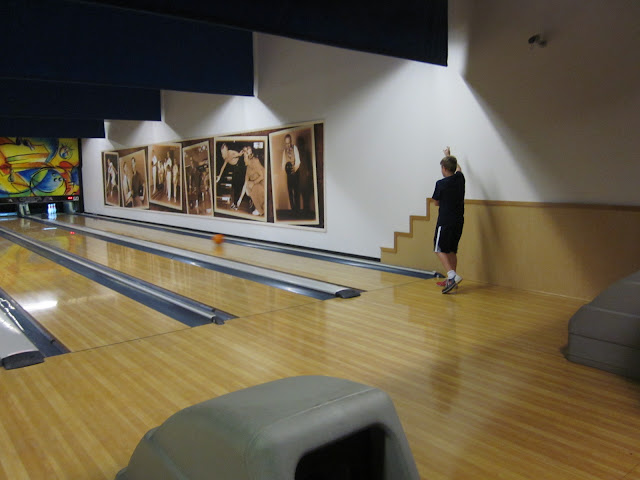 That's how many kids I can fit in my car at one time! 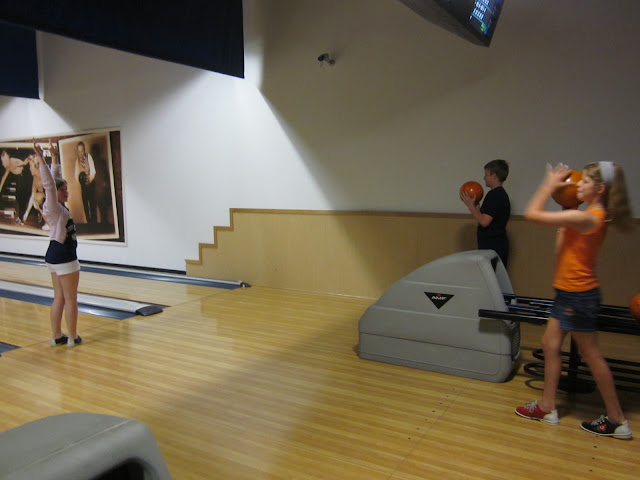 I took them to the local bowling alley.  It was terribly hot to do anything outside that day. 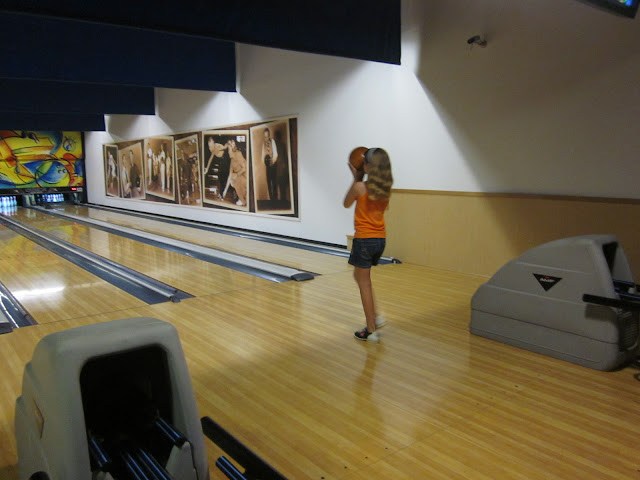 They didn't seem to mind being inside in the a/c. 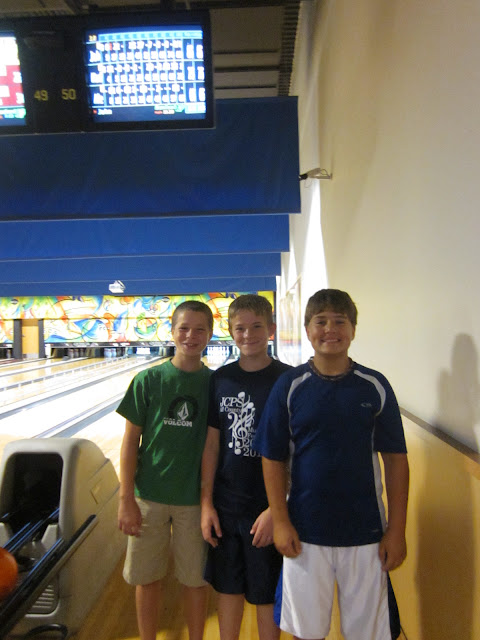 I think everyone had a good time. 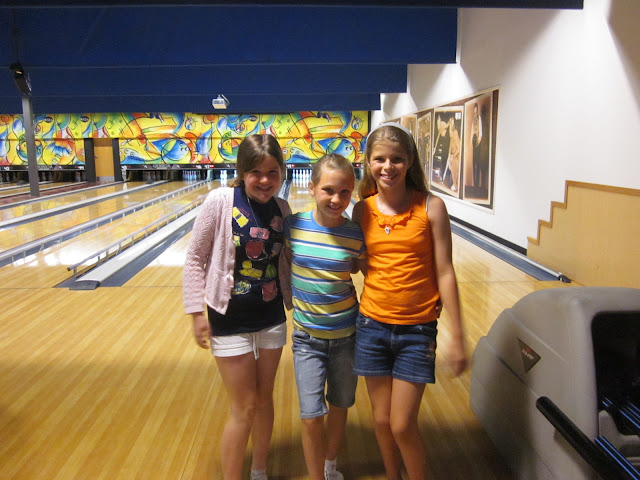 Everybody got to bowl several games and then sit around visiting and eating pizza. 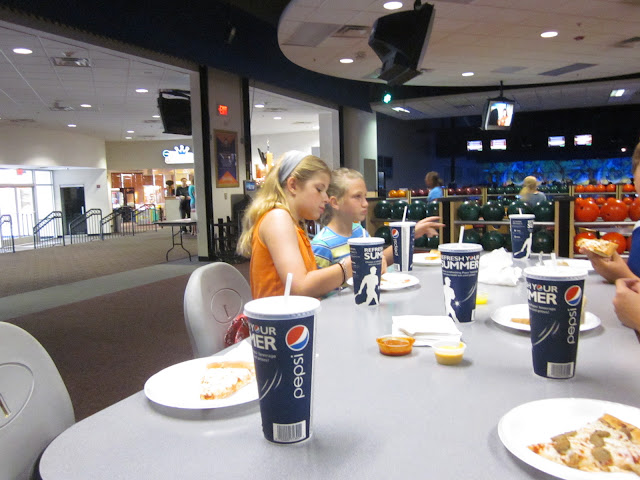 It is interesting the evolution of social rules with kids.

Then they hit the middle years when GOD FORBID if they were even in the same room with someone of the opposite sex much less PLAY with them! EWWWWW!!!

Now we've come full circle.  The kids seem to enjoy being together in mixed company.  They're certainly growing up.

As for rules that apply to the parents.....I sat quietly in the corner with a book most of the time pretending not to know these kids.  I did have to embarrass them a little bit by taking pictures though. 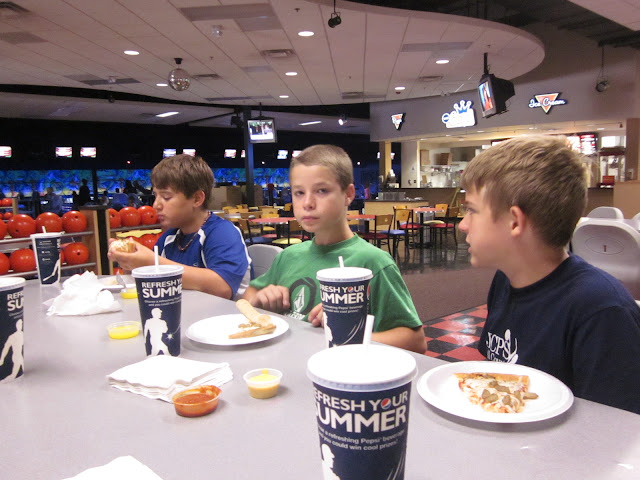 Four hours, two pizzas and several dollars later we dropped their friends off and declared their birthday officially celebrated!
Posted by otherwise known as mom