It's been almost two weeks since I've posted.
We have been busy.  I've actually been so busy that I've not taken time to blog or hardly even take pictures.
Here are a couple pictures I've taken just for fun.....
Grace and Grant worked hard last week to clean up this jeep and give it a showroom shine. 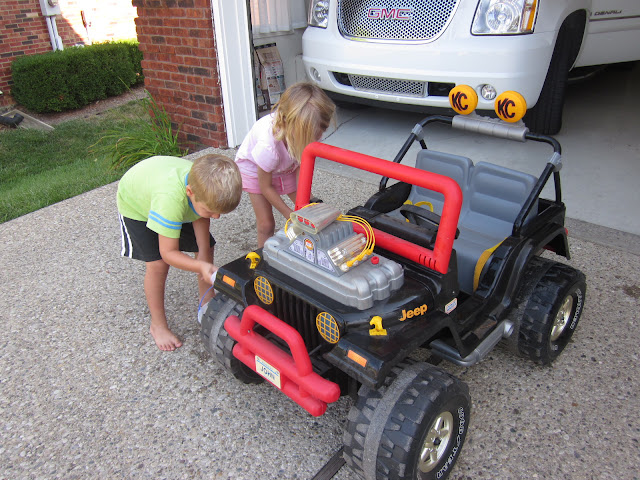 This jeep used to belong to another Shupe kid....
John 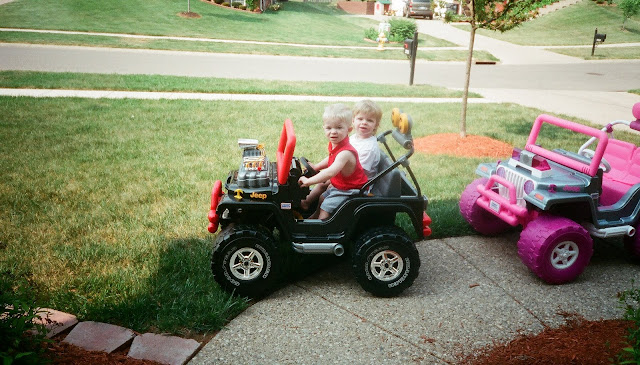 This picture was taken the summer John and Emily got their jeeps.
Emily was never much interested in driving hers.  She preferred to let John drive her everywhere she wanted to go.

Now it is Grace and Grant's turn to enjoy these toys. 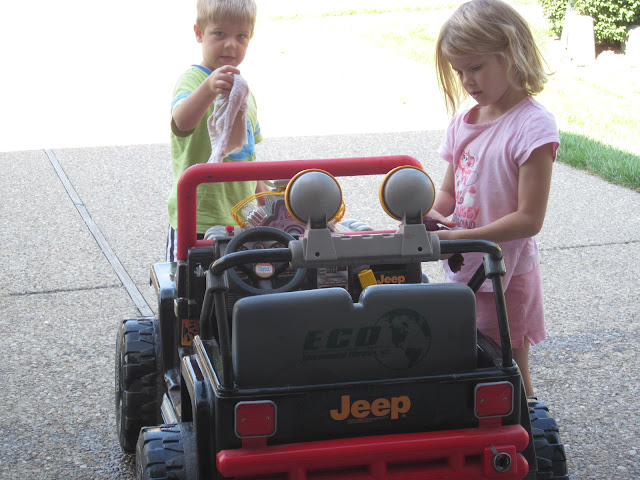 Why does it seem that the Shupe family is destined to do things in pairs? 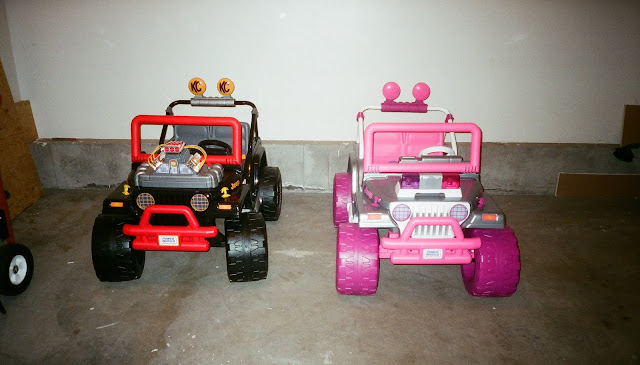 Now instead of two jeeps sitting in our garage,


I have not one, but 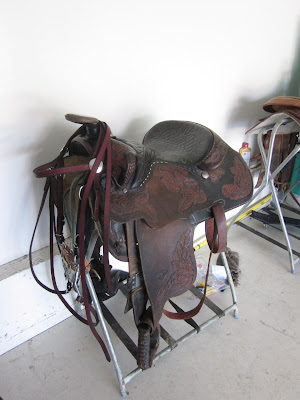 TWO saddles sitting in our garage in that very same spot! 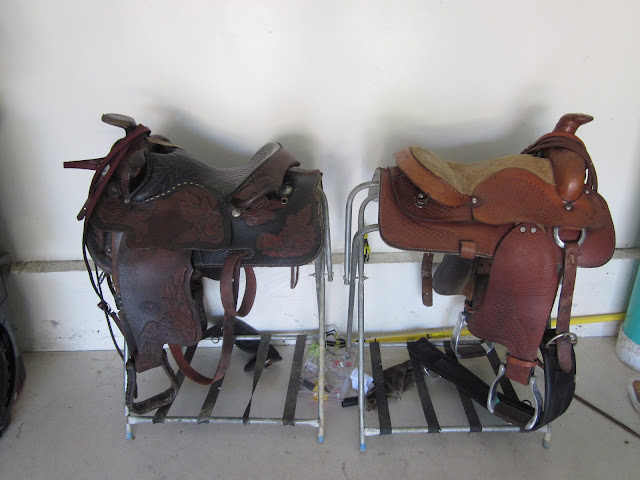 We have been busy the last two weekends riding horses and working with the former owners to learn all we can about caring for them and handling them.
It has been a great (though tiring) time.
We've learned a lot.
I'm not sure it's enough, but I have faith we can do OK with this new endeavor.
Speaking of two's.......
these two began their second year in middle school on Wednesday last week. 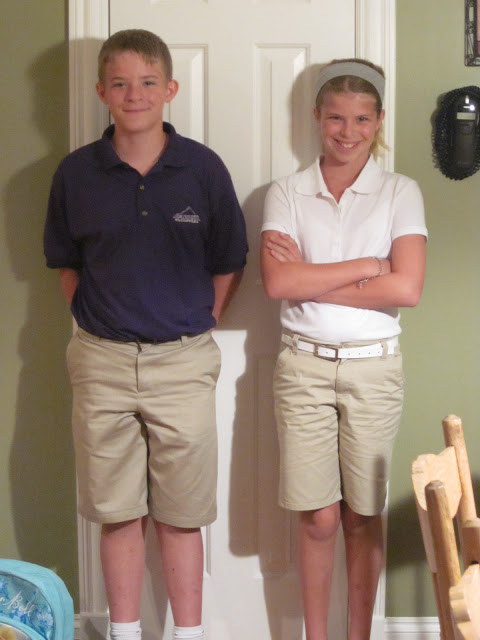 Monday was supposed to be their first day, but due to a severe storm that hit the metro area last Saturday several schools were without power and school remained closed until Wednesday.
No one here seemed to mind the extra two days of vacation.
No one except me that is!!
After arising at 5:30 in the morning to put my older two scholars on the bus at 6:20 (isn't that obscene??),
I then prepared my third child to head out the door and begin her career as a public school student. 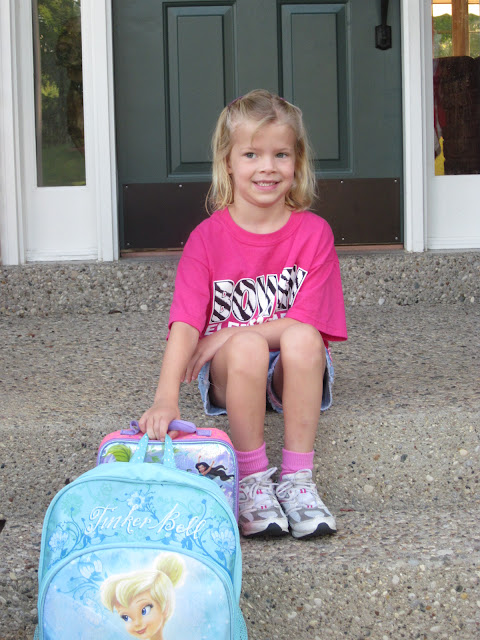 She was so excited, yet so very nervous too.
I think I was as nervous as she was.
You see, since the Shupe family is so accustomed to doing things in TWO's, 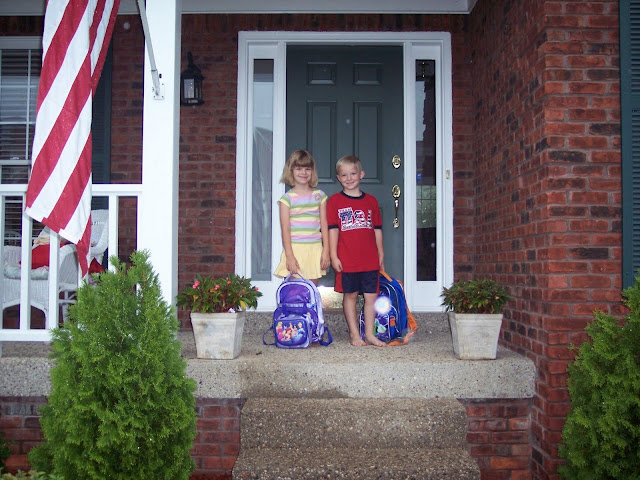 it hurt just a little to see my third child head off to school all by herself. 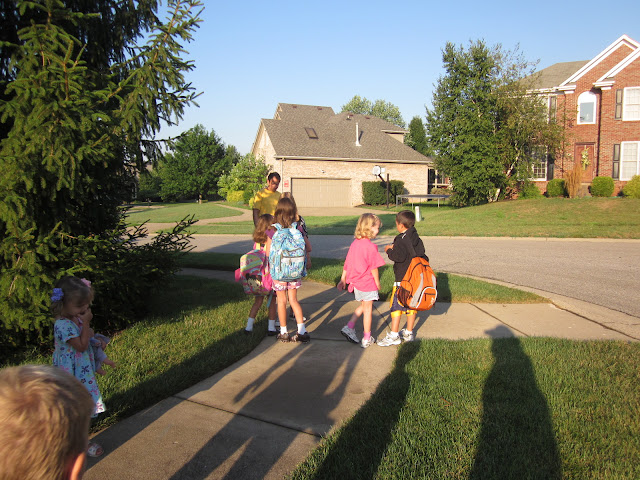 Well, not ALL by herself.  She had lots of friends at the bus stop. 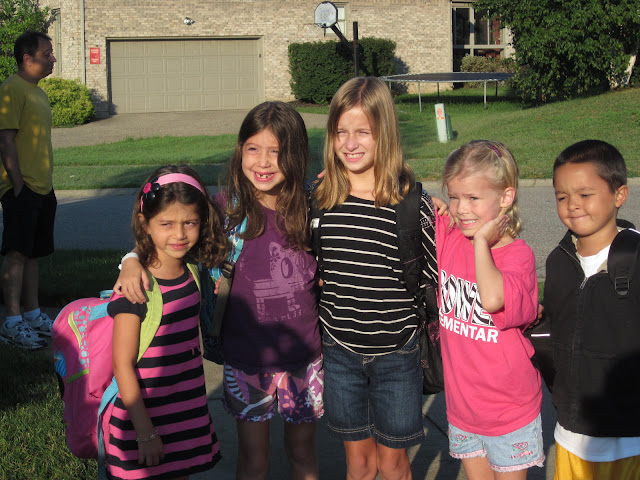 She just didn't have a sibling to go with her like the older kids always had in new situations. 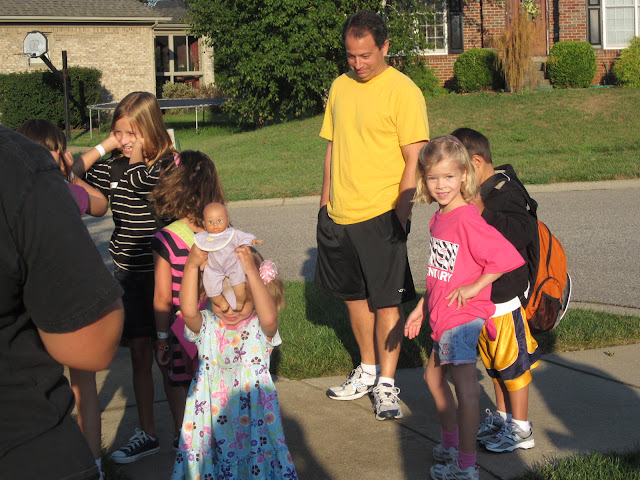 She was more than up to the challenge of heading into the world of school alone.
She loves her teacher and seems to be enjoying herself so far. 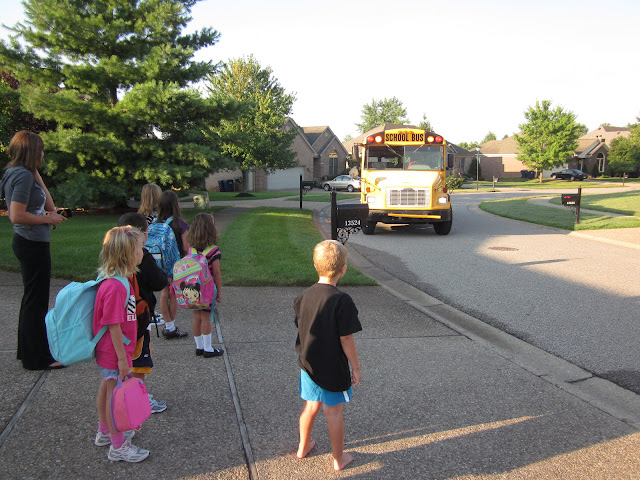 What could possibly go wrong, right?
The world is so full of promise when viewed through the eyes of a first grader! 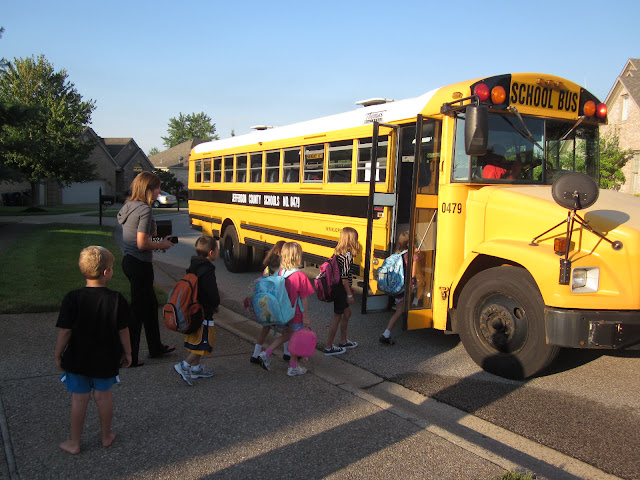 Even when that big first grader is my little girl.

I think everyone is off to a great start.
John and Emily have no classes together which suits them just fine.
John has Latin and Emily has literature.  They will switch electives at semester.
Both seem to be enjoying themselves.
Grace too seems to like her new school.
It is going to take her some time to make new friends and learn how things really work, but she's doing well.
I think the one suffering most right now is Grant.
We've played together a lot, but still he often asks how soon Grace will be getting home.
He misses his best friend.
Posted by otherwise known as mom