Summer is coming to a close.
One more week until school starts.
We're trying to squeeze every last bit of fun out of summer vacation while we can.
It's been a busy week around here.....
We started the week by David taking Grant shopping for a new bike. 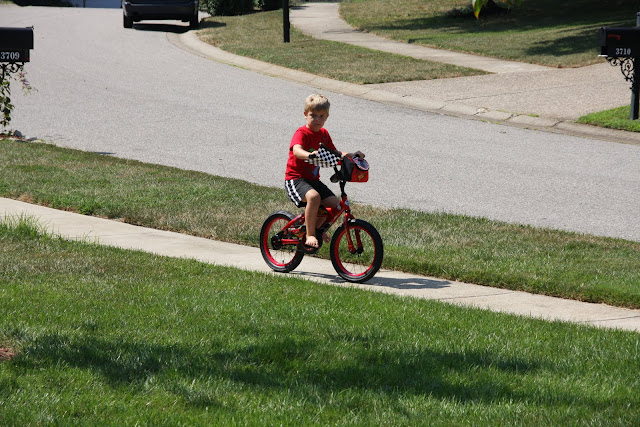 One time last year I took Grace and Grant with me to run an errand at the bike shop.
Grant begged me for a new big boy bike. 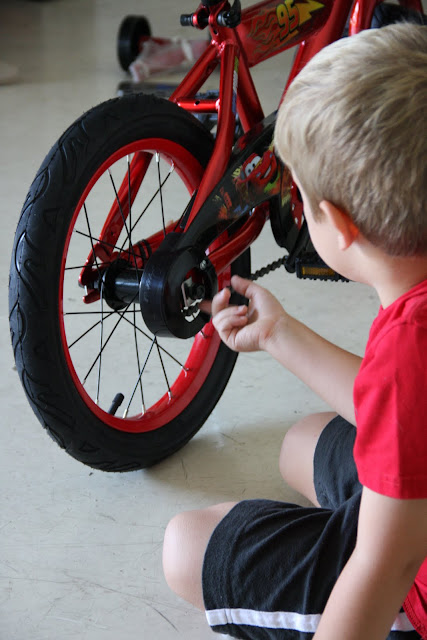 I told him (mostly so I could get out of the store with no intention of making good on my promise) that if he would quit riding his tricycle and learn to ride a big boy bike without training wheels, we would look at a bike for him. 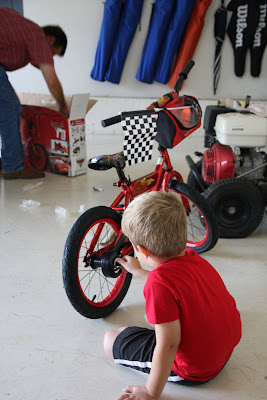 Fast forward a year....
Grant learned to ride John's old bicycle with a fair amount of skill by this summer.
He's flying up and down hills and driveways giving my heart cause to skip a beat quite often now. 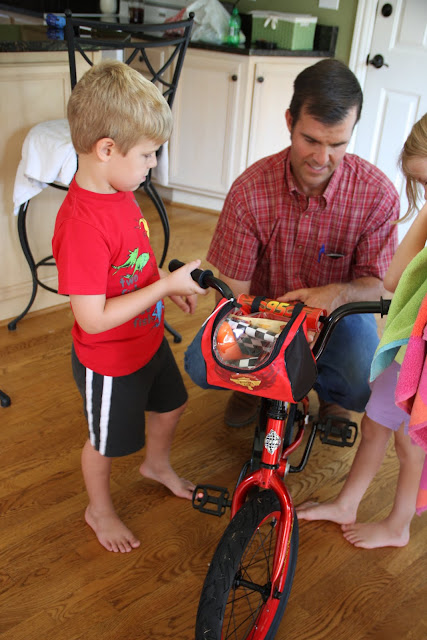 Guess what, he never forgot my hasty promise of a bike.
He's been asking for a few weeks now when we were going back to the bike store so he could get his new bike. 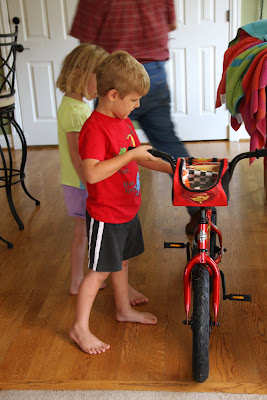 Dad's the greatest....he took Grant and picked out a new bike and helped him put it together Monday morning.
After the bike was done, I loaded up the kids and headed to Cincinnati to the Newport Aquarium for the rest of the day. 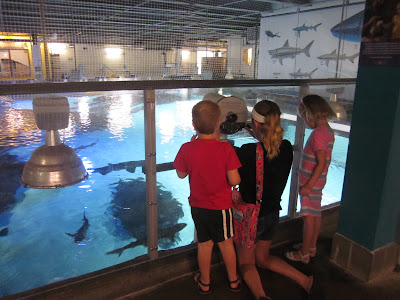 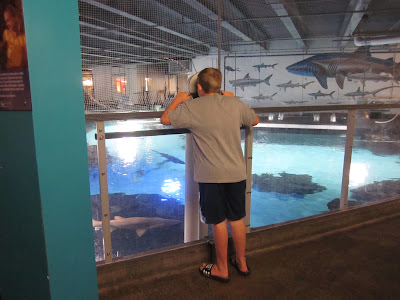 We've been there one other time when Grant was a small baby. 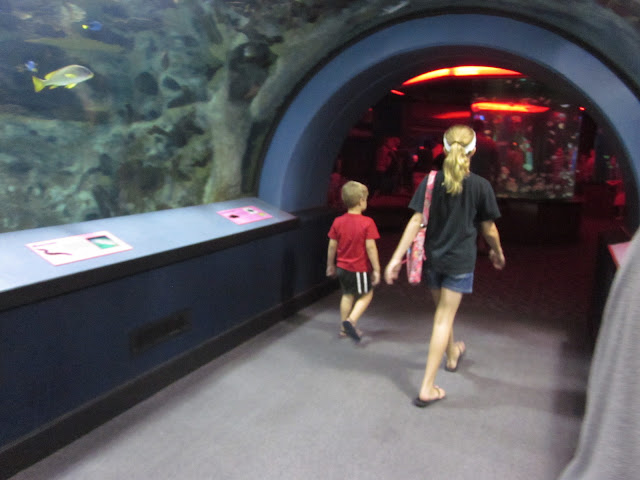 Everyone had a good time and I think they learned a lot while they were there too. 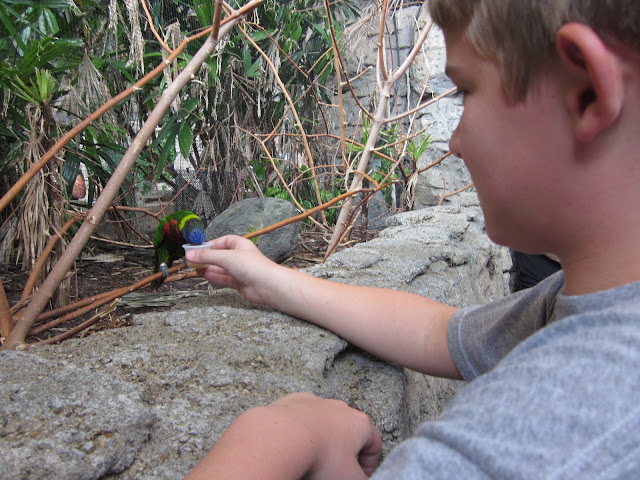 Grant was fascinated with the see through floors.
You could watch the sharks swim right under your feet. 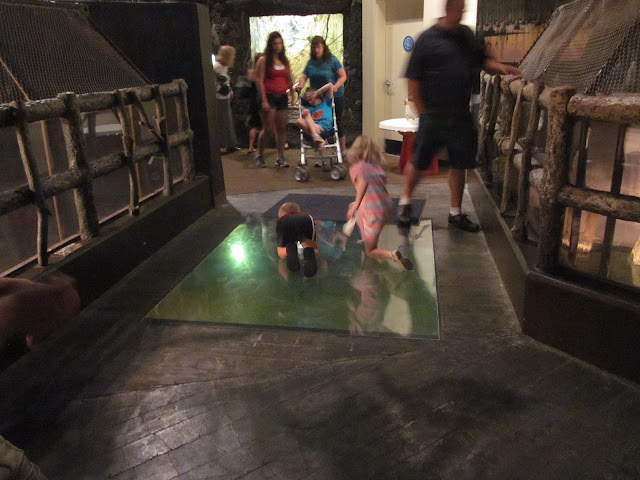 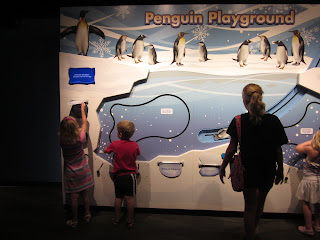 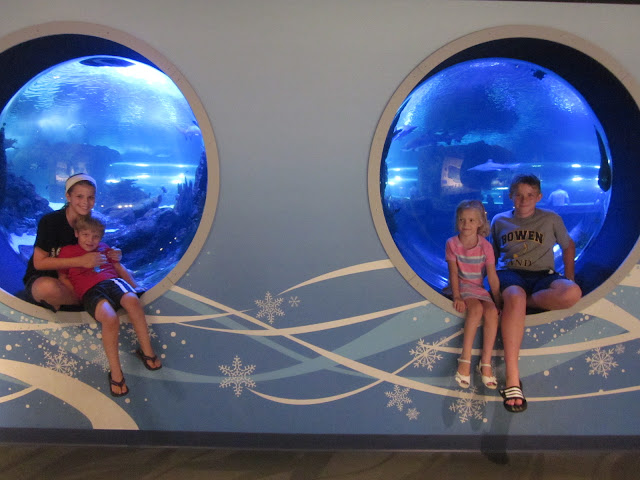 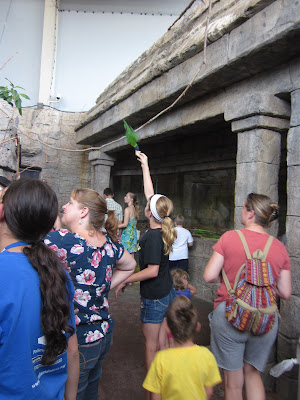 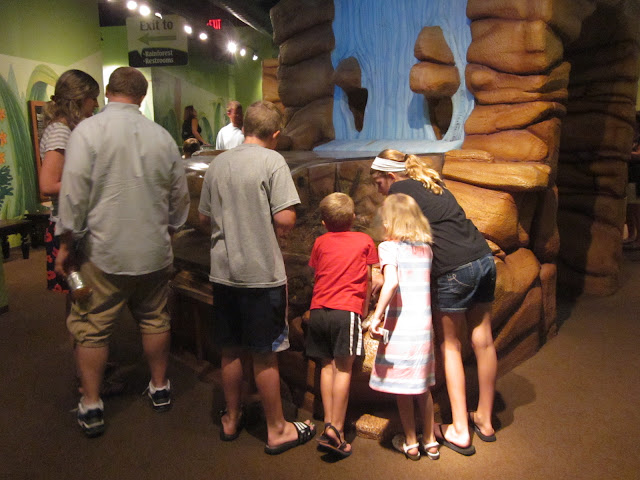 We didn't stop there for the week. 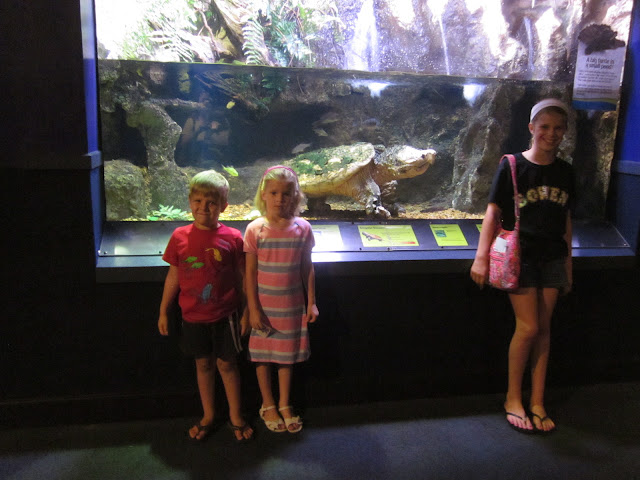 Tuesday I took them to get their pictures taken.
Then, Wednesday kind of without planning to do so, we ended up at the zoo for the day.
We spent the day looking at animals and playing on the playgrounds they have at the zoo.  John and Emily climbed around on the ropes course.
John even did the new zip line they recently opened.
It starts at the top of a five story tower and goes across a lake to another tower.  Once there, the person has to climb to the top of that tower and zip back across the lake.
I think he liked doing it.
He smiled pretty big zooming across the water.
No pictures of the zoo trip this time.
Like I said, I really didn't intend to go that day.
It just sort of worked out that we did.
THEN,
as if that wasn't enough excitement for the week,
we stole David away from work on Friday and went to New Haven, Kentucky.
There is an old L & N train there that you can go on a ninety minute train ride.
We toured the museum and rode the train.
I've got pictures from that trip.  I'll have to post them later.
I'm going to bed now.
Goodnight!!
Posted by otherwise known as mom