This would be the homemade catapult 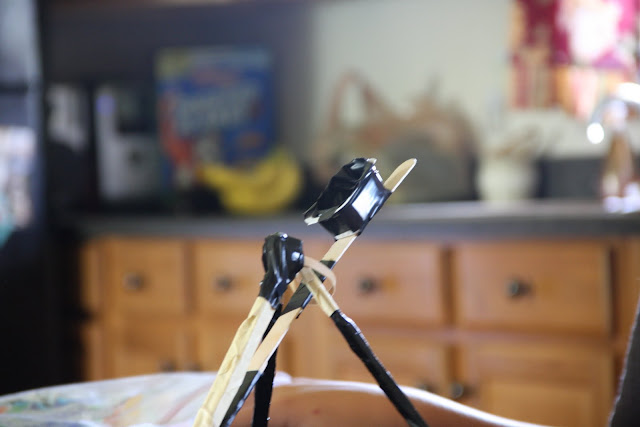 that was made by this guy using a rubber band, electrical tape and popsicle sticks. 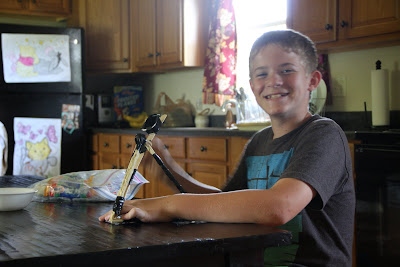 This is how he launched mini marshmallows 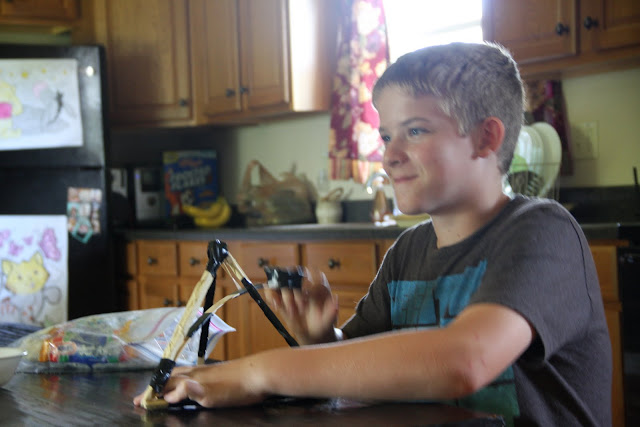 at these buildings located across the room. 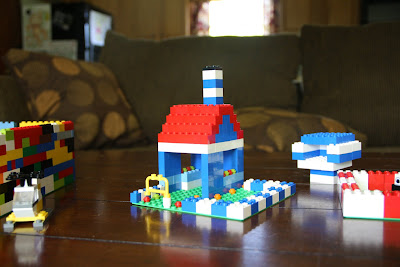 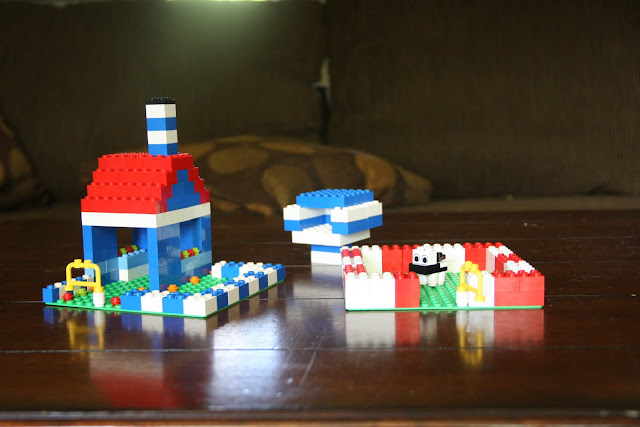 The people of Shupe Village deployed their army vehicles to defend themselves from the enemy invasion. 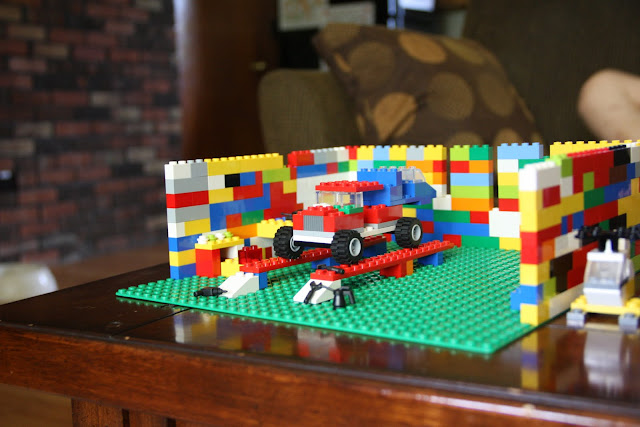 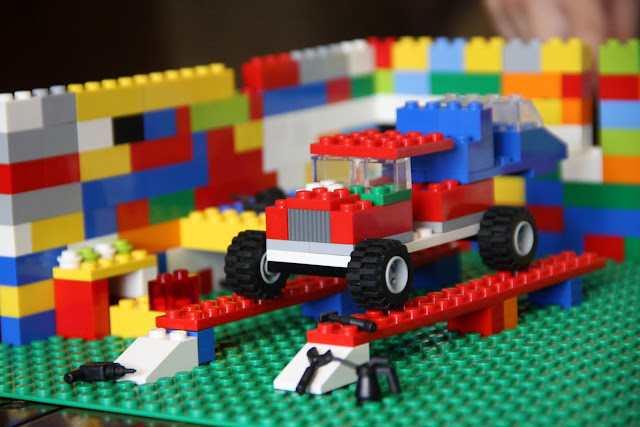 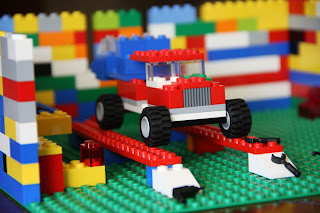 A peace agreement was later reached between the warring factions. 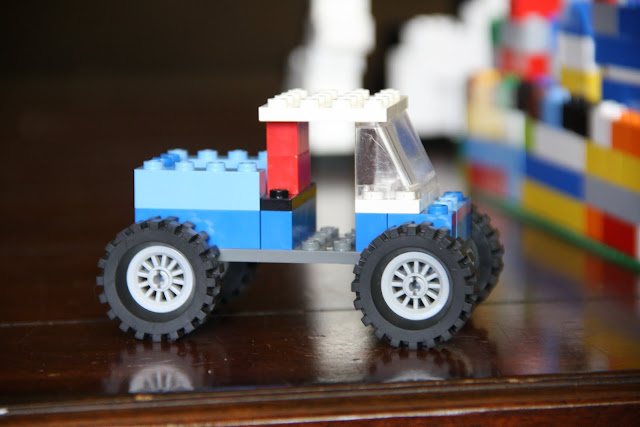 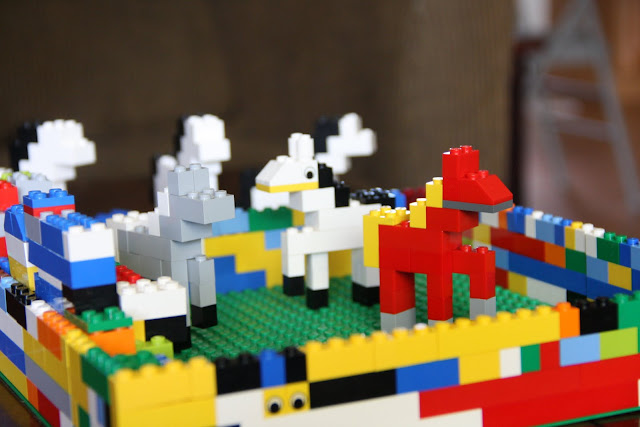 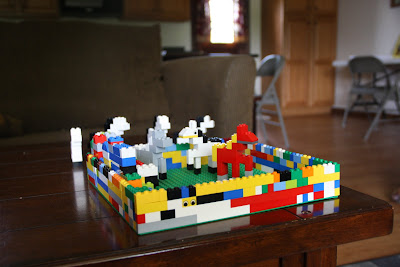 They're even making tiny little lego horses to play with. 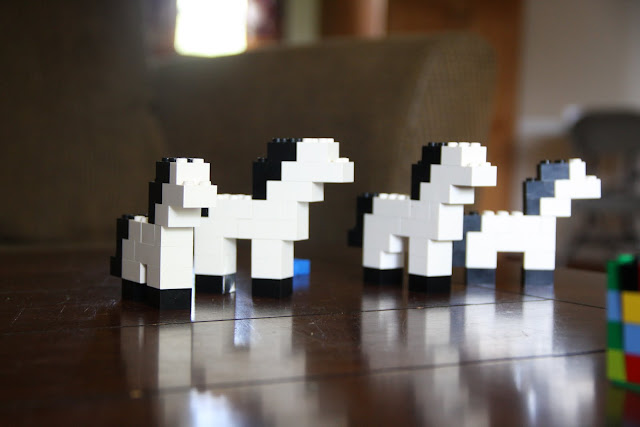 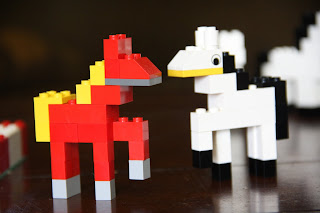 And someone got creative and made a quilt pattern after visiting Shaker Village.
I'm not sure who gets the credit for this creation. 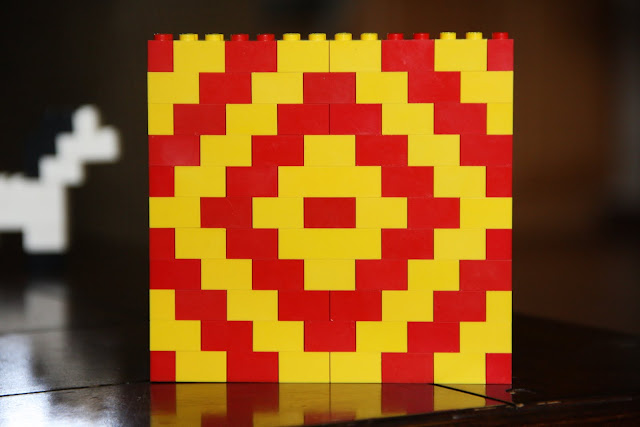 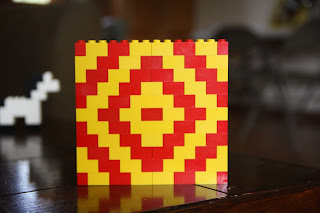 These though were undoubtedly made by Grant.
I think they were supposed to be horses too. 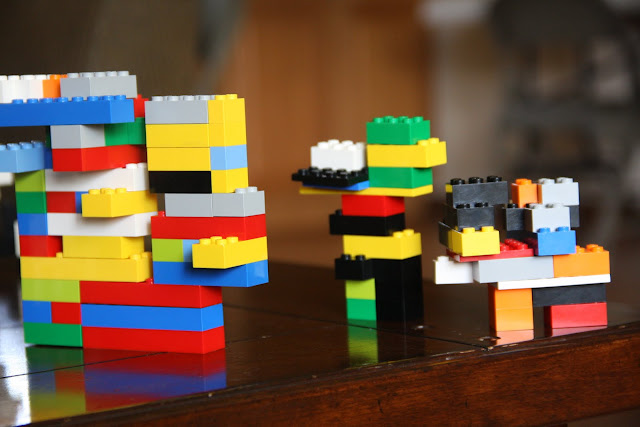 It's really hard to say for sure!
Posted by otherwise known as mom