Today we celebrated Valentine's Day at Grace and Grant's school.
Since there was no school Friday, the parties were held today.
Tonight was a family skate night hosted by the PTA.  We talked the kids into staying home  for a family movie night instead.  No one wanted to get out in the cold wind and rain again.

John had another wire change on his braces today.
I must say the progress is becoming more visible with each passing week.
He gets more tolerant of the discomfort too.
I should own stock in SnackPack pudding for the quantity he has consumed.
If we are what we eat, I know what John is eighty percent composed of right now!! 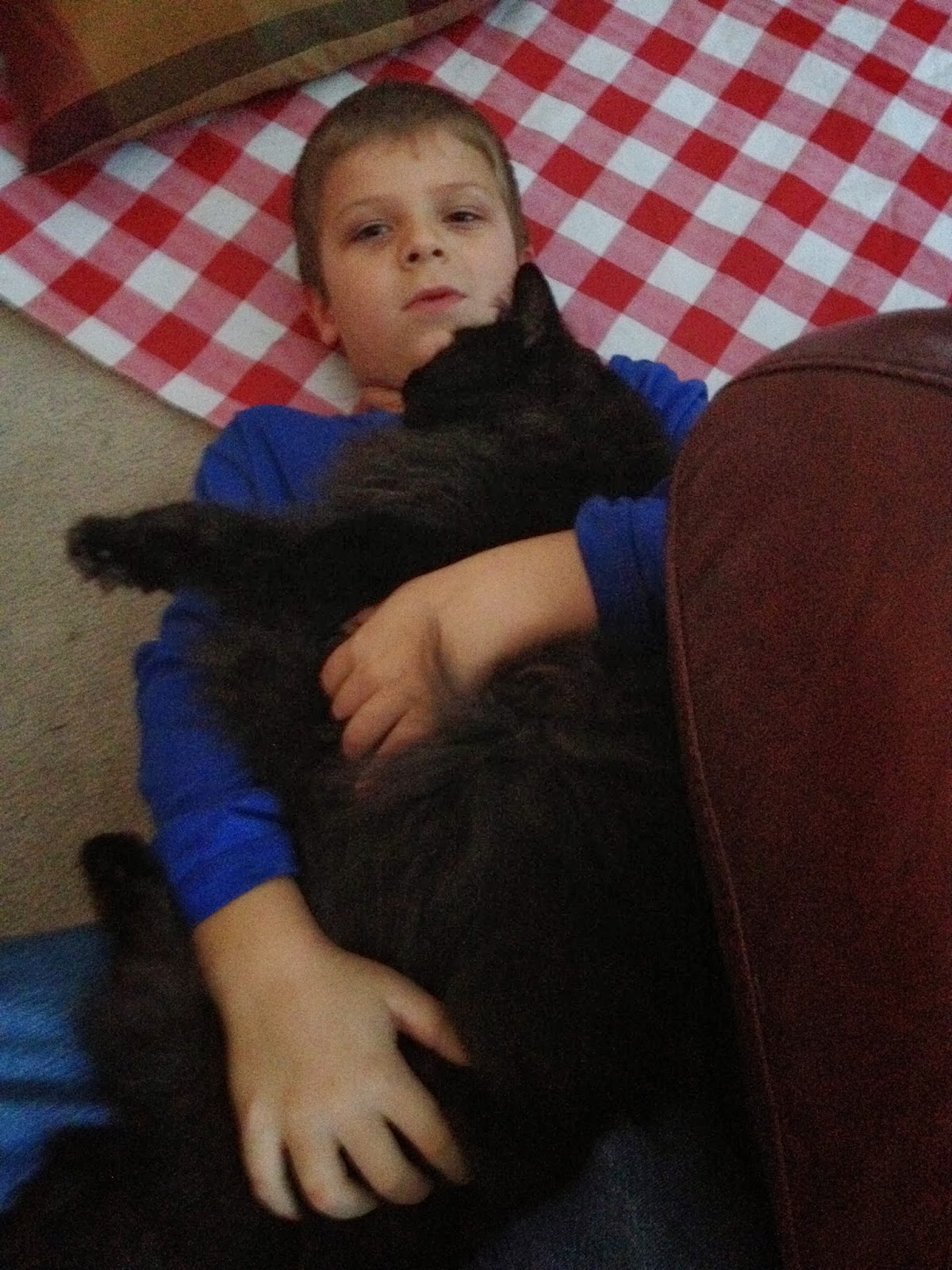 Grant's first engineering accomplishment.
This is a set I bought him that makes crazy straws. 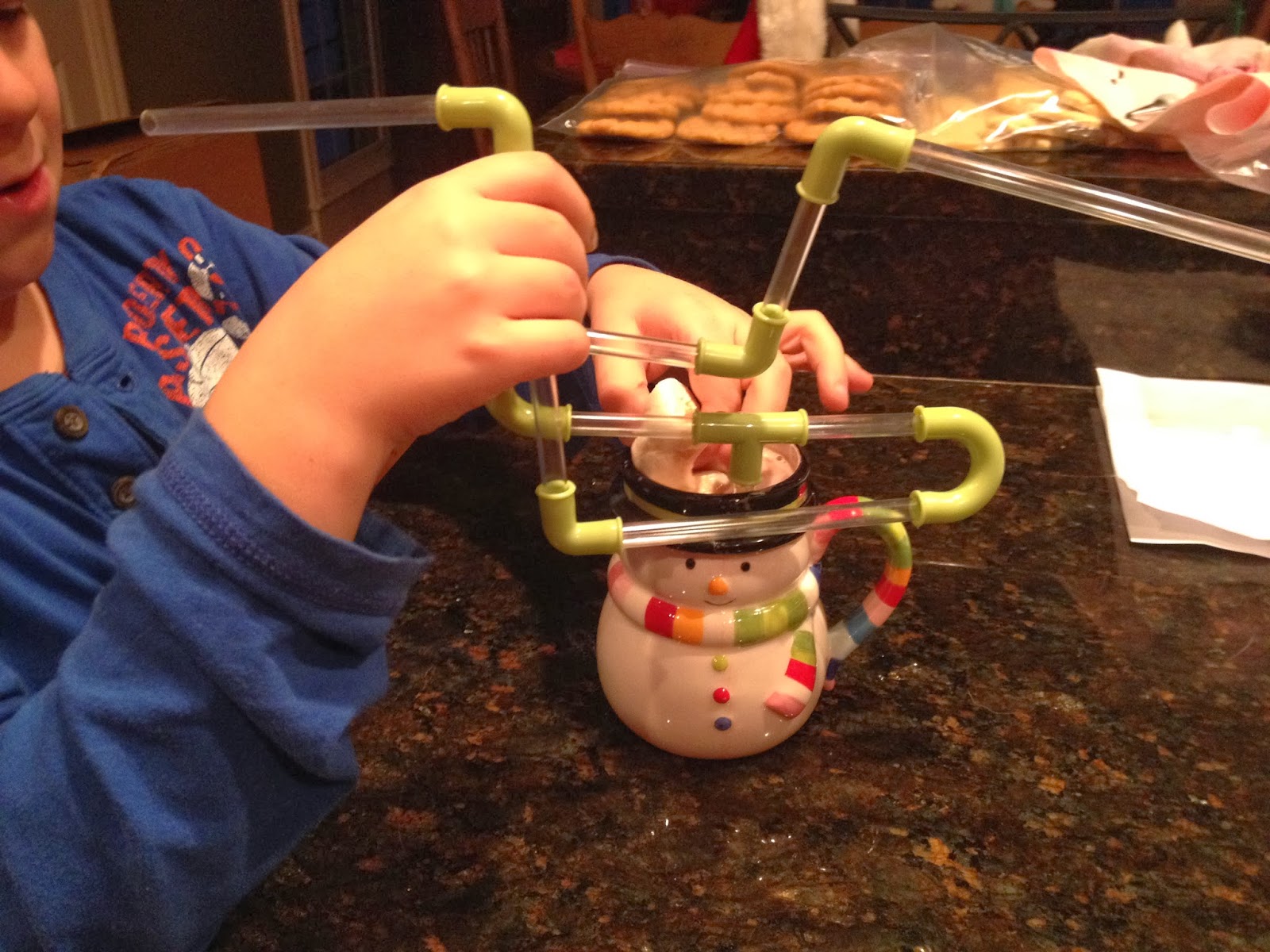 Hands down he wins the contest for the craziest straw. 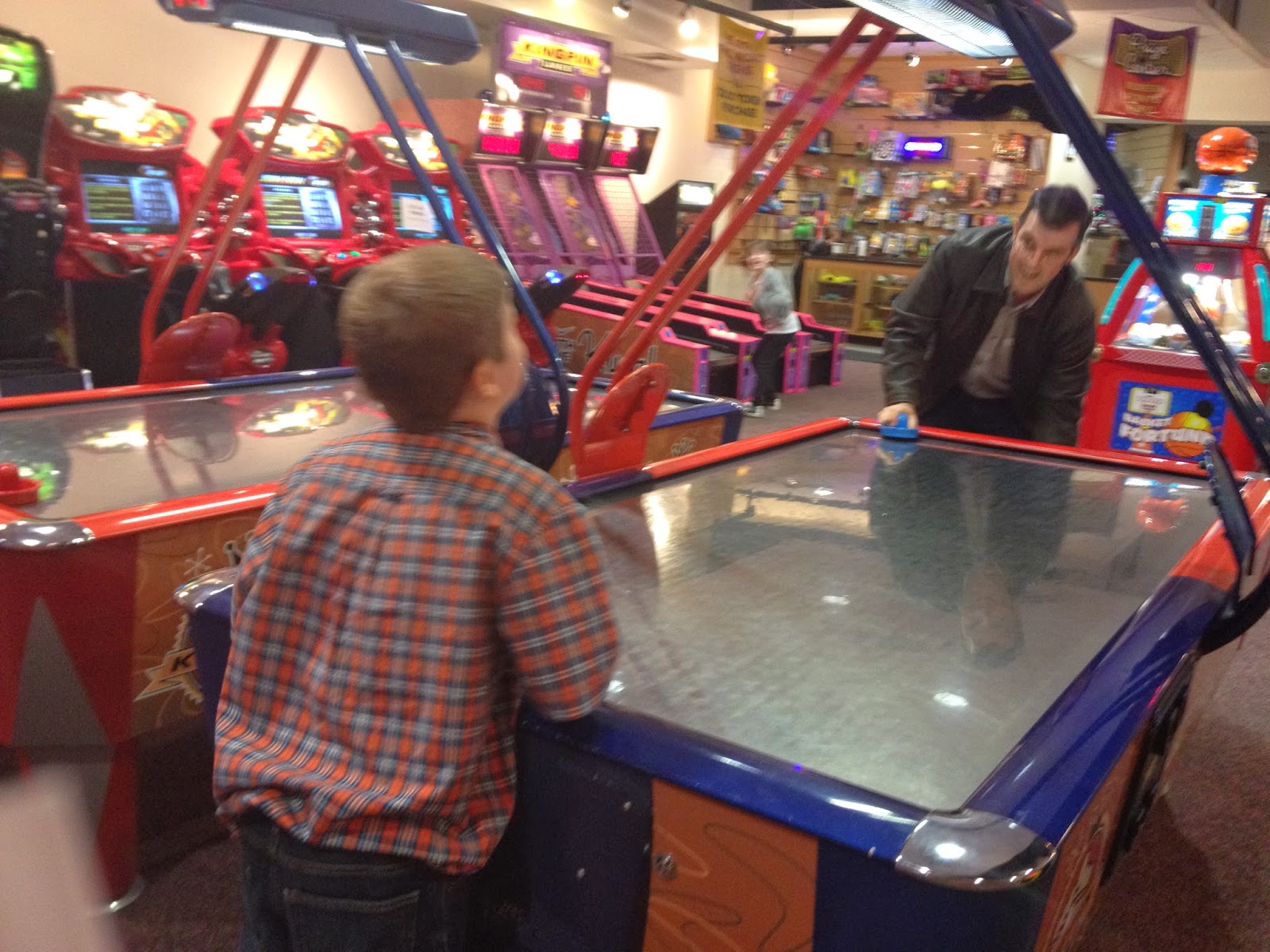 John and Emily have enjoyed playing card games with David and me for several years.  We will sit down after dinner and play a game before bed most nights at the farm.  What else are we to do without electronics to entertain ourselves? 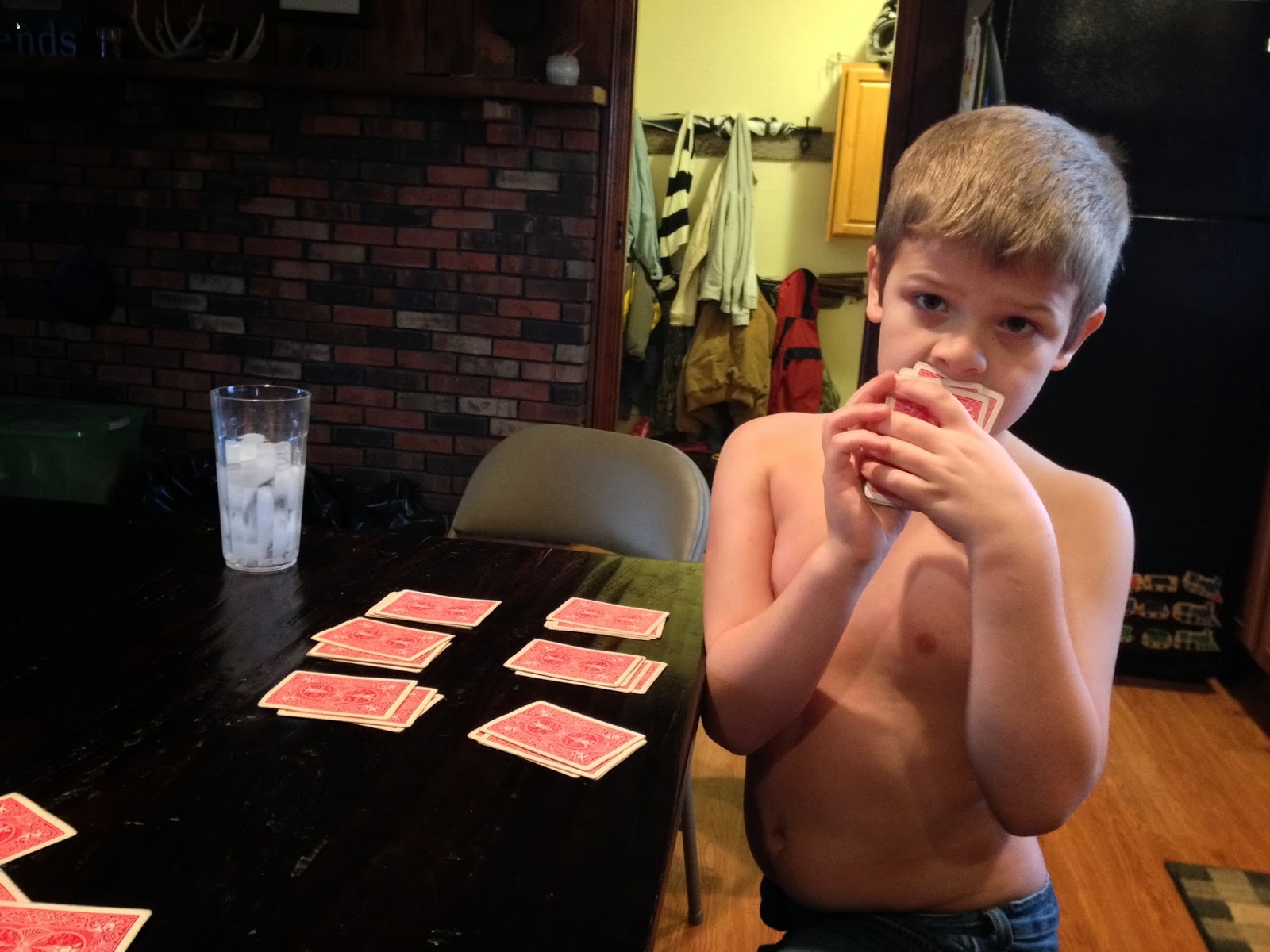 We have to play different games when Grace and Grant join in.
Go Fish! is the go-to game of choice with the younger crowd. 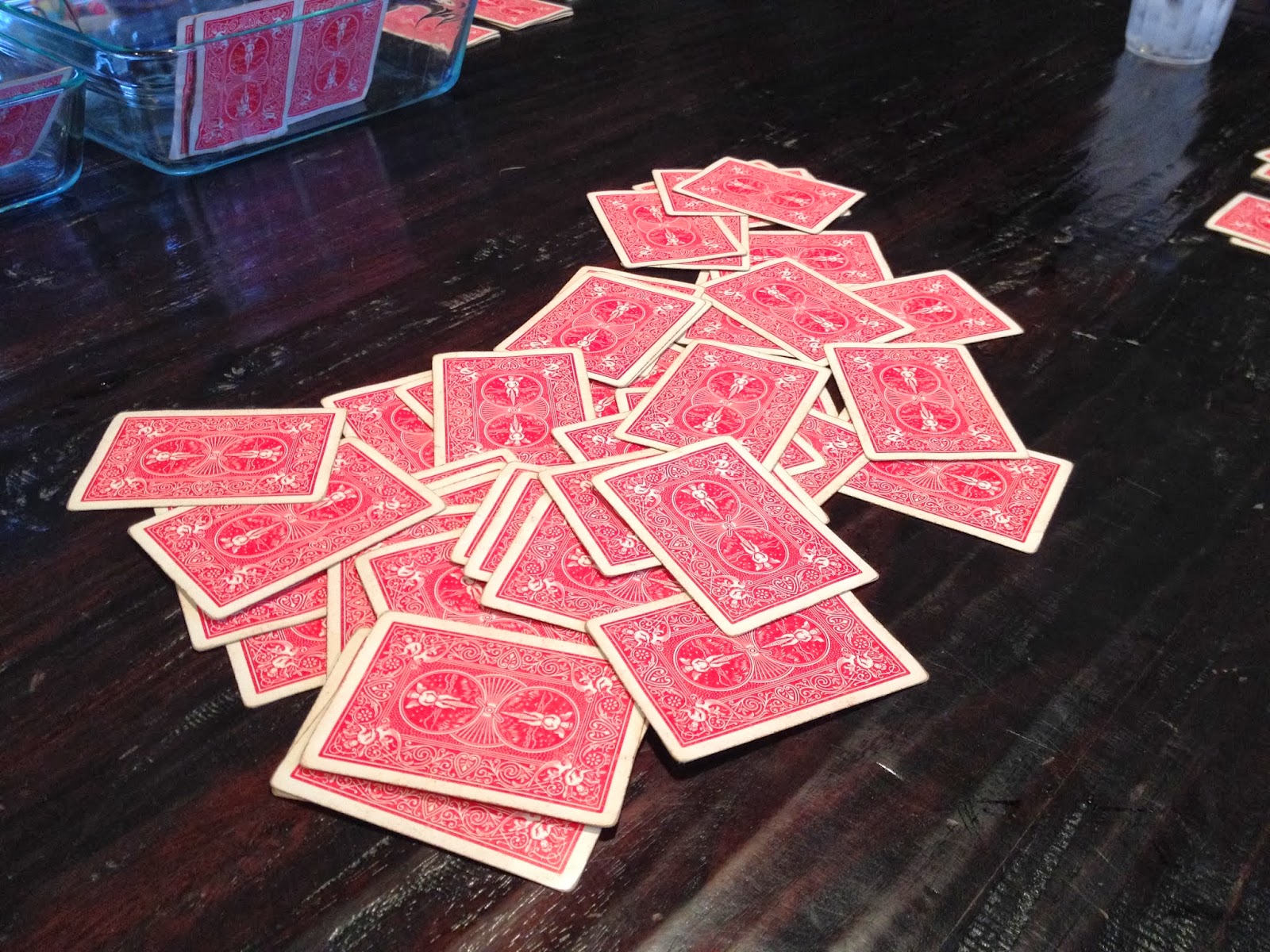 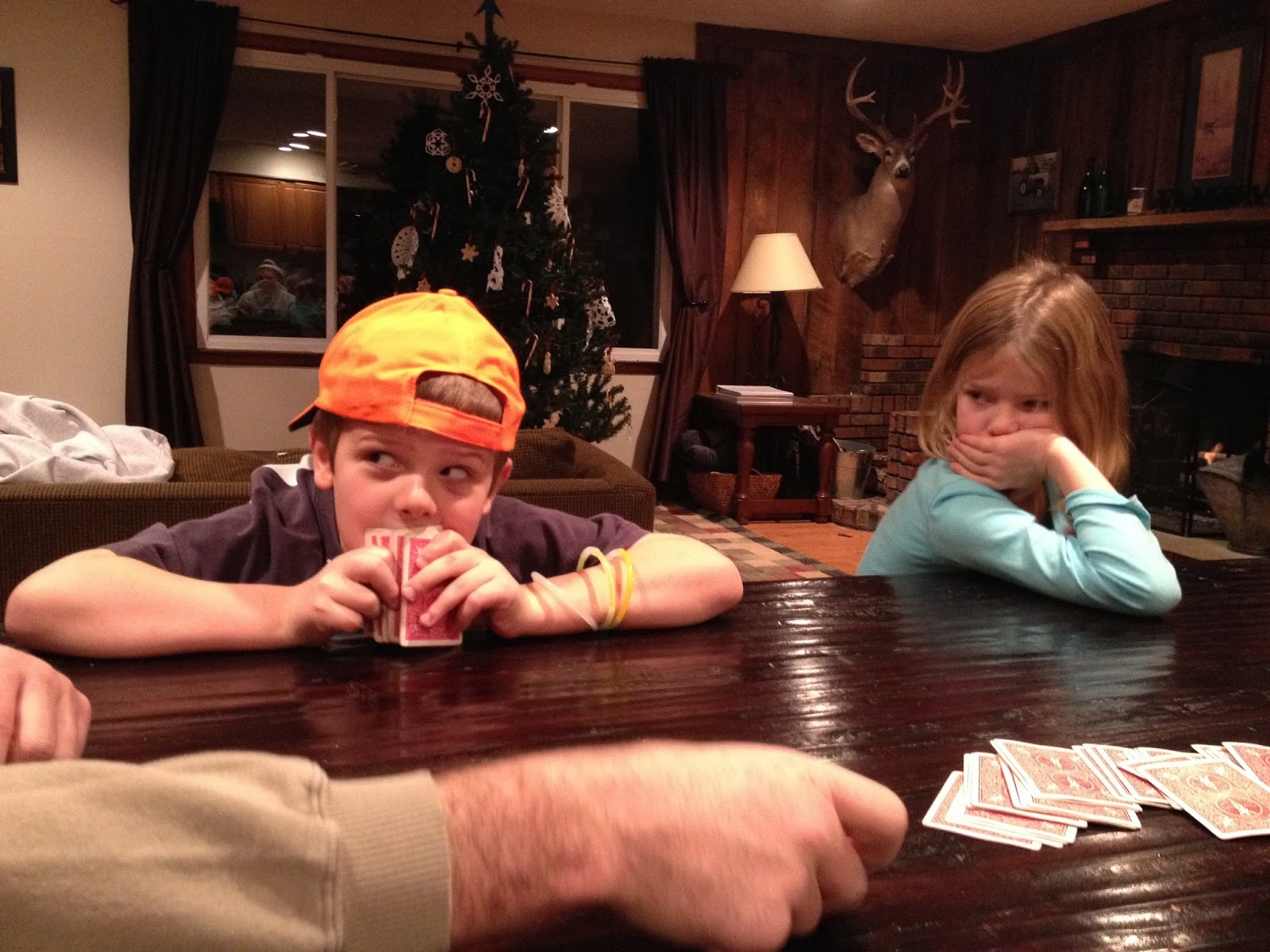 Rumor has it that he might be known to cheat on occasion.
I can neither confirm nor deny the rumors.

Grace has found a way to manage her cards when her hands can't handle them all.
Kitchen dishes work well. 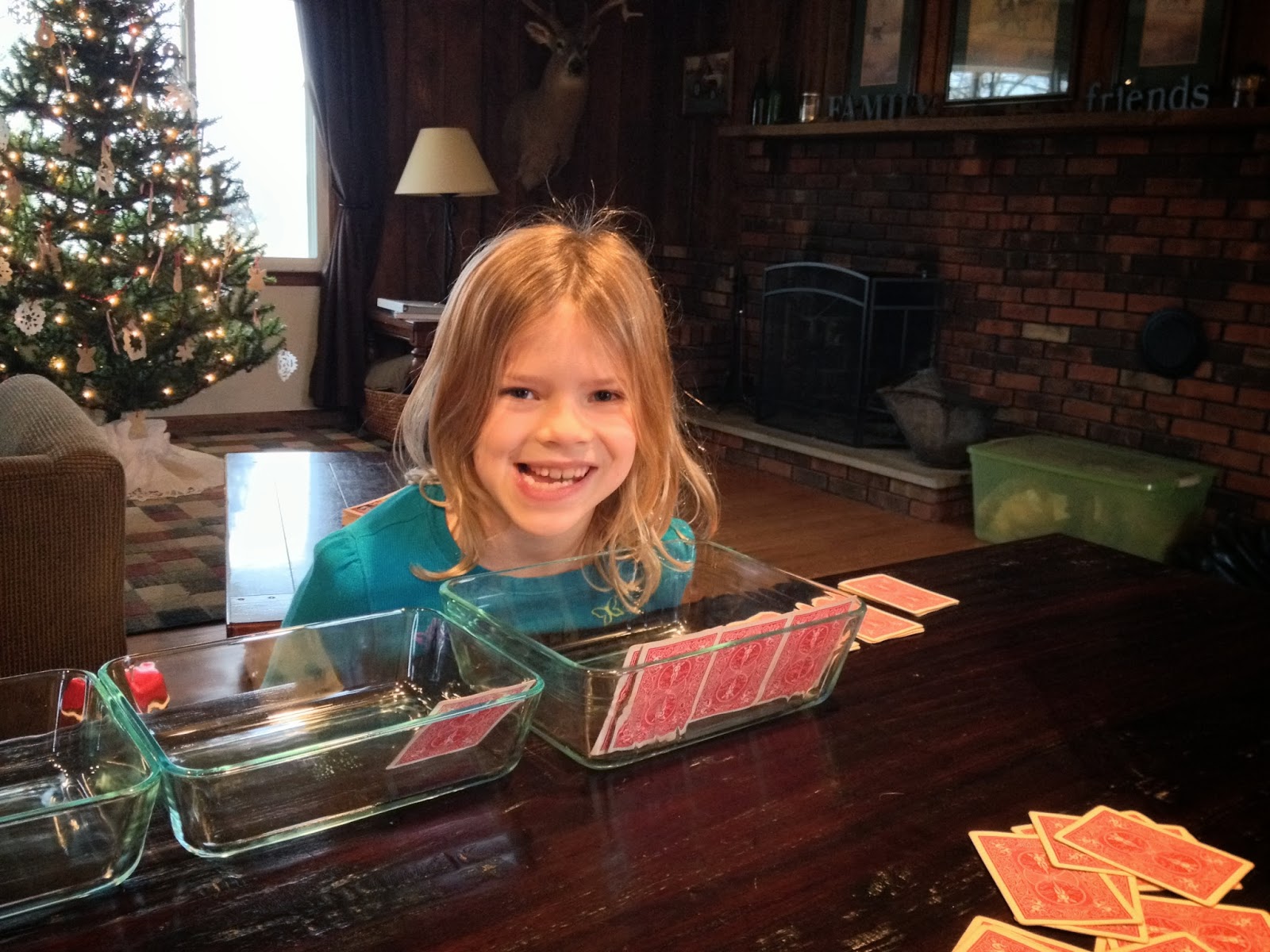 I think John and Emily even enjoy the change of pace. 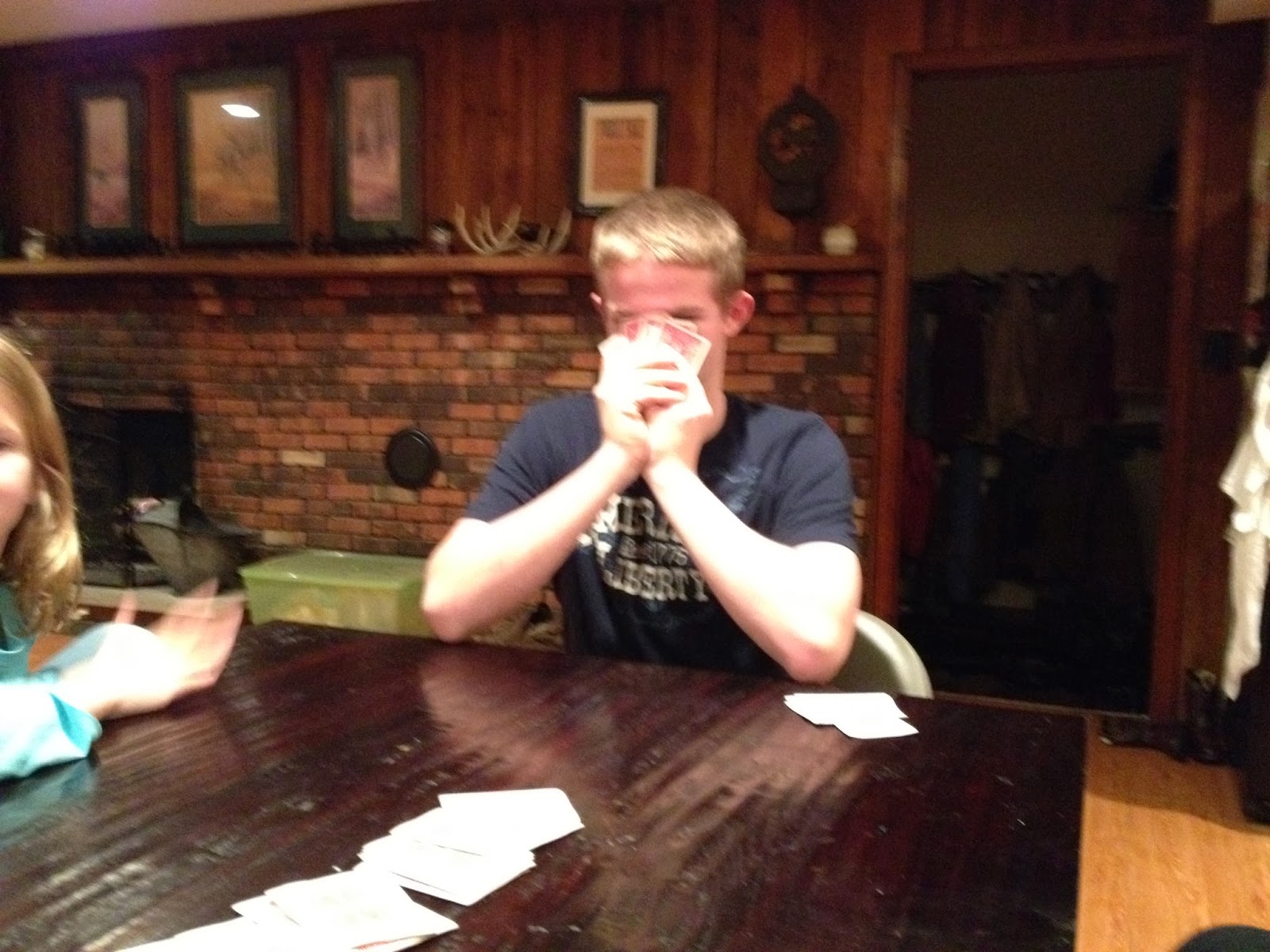 It can get pretty loud and competitive around the table even though we're just playing Go Fish! and Old Maid.

Remington is home tonight.
His side is stitched from top to bottom.  I can't seem to get a picture to load.
Computer is still not cooperating fully.
I'll post one tomorrow so you can see the damage!

Overall he is doing pretty well.  He is not too impressed with the cone on his head!