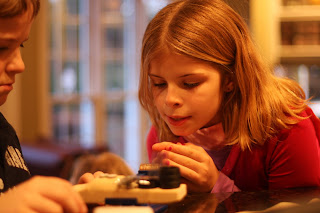 verifying the weight of the car 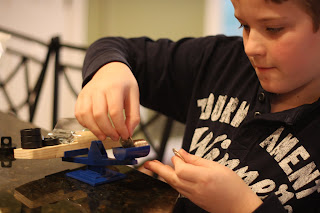 He's been working on cutting and sanding the car getting it ready for the big race.  I think all he has left to do is paint it and put the wheels on it.  I wonder if a Dukes of Hazard paint job would be acceptable in today's politically sterile world? 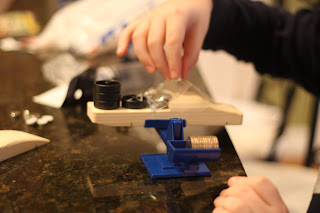 Everything (including television) is betterwhen shared with a friend (especially if that friend happens to be a brother about the same age who likes to watch the same things you do!)

We've been doing a lot of television watching lately......trying to stay out of the way of painters......Counting down the days until they are done!!!!! 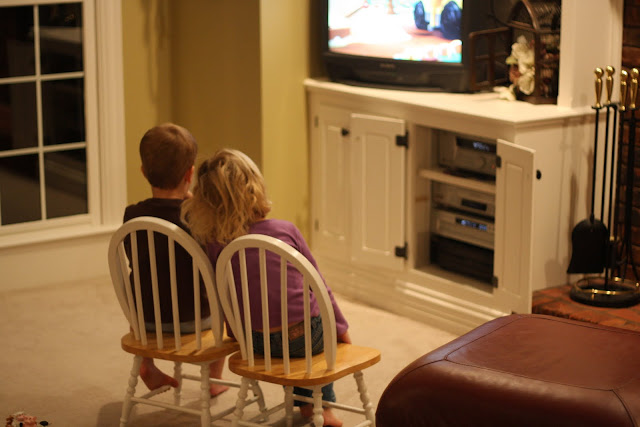 Big kids decided to drive us crazy entertain themselves by bickering insanely battling it out over a very ugly extremely competitive game of Monopoly.

When I see the Monopoly board come out, I try to find ways to hide.  They are both wickedly competitive.  AND, they both cheat!!!!! 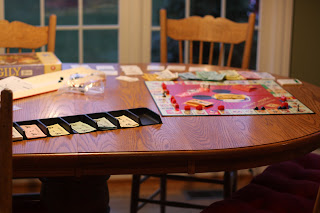 Oops, did I really type that?? 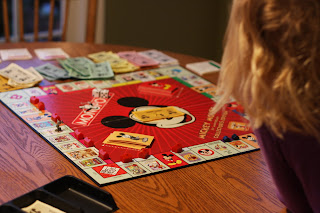 I guess they think it's fun.  They play it quite often.