This is Meg looking out the window. 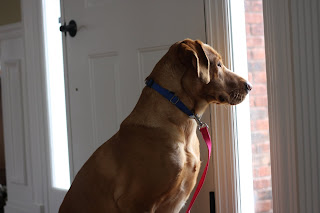 This is Meg when the package man (aka UPS man) visits us. 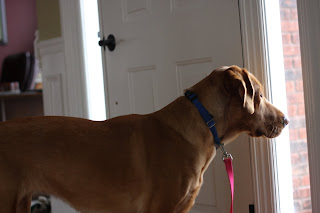 I am confident she would knock down any intruder that found his way into our house.....with her wagging tail that is.

Grant's creation today while Grace was at school. 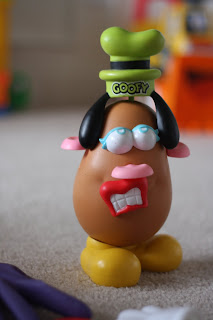 John with his own artistic contribution today.  This was some project for school.  I really just took the picture to aggravate him because he didn't want photographed. 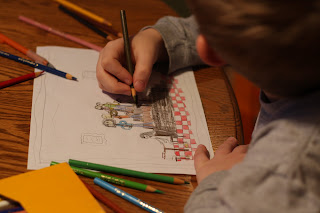 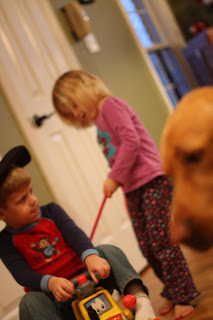 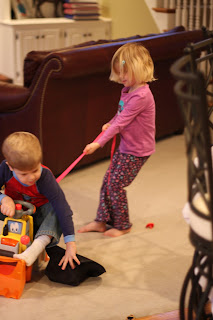 Grace pulled Grant around the house this evening.

Considering he outweighs her by about six pounds, I consider that impressive.

She's a tough kid and a hard worker.

She loves her brother too.

He plays with trucks for HOURS every day. 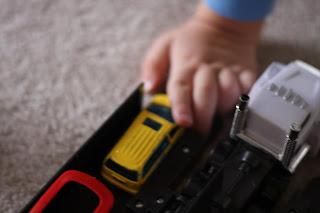 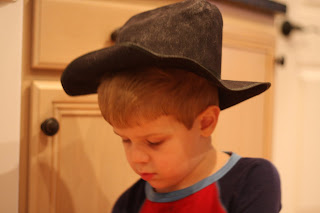 Can you smile for me?? 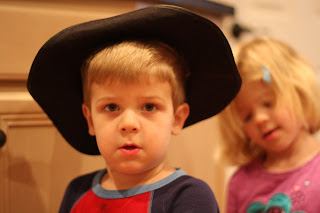 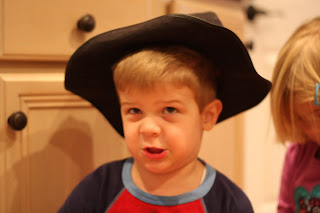 Tons going on around here....painters started yesterday.  I don't think his schedule must be very full.  He's going slowly compared to the pace he worked this summer.  This might take two weeks to finish.  Oh well, at least I'm not doing it.

The kids did their science project at school today.  They dropped ziploc bags with money in random places around the building.  We left twenty bags totalling fifty dollars.  By the end of school forty-nine dollars had been turned.  Mr. T the principal was so pleased and proud(rightly so) of his students that he actually got on the PA and announced to the school at the end of the day what had been done and what a great bunch of kids they were to be so honest.  And hey, my cost for science fair project??? one dollar.

Sat at Big O for two and a half hours with Grant today waiting to get brakes replaced on the monster Denali.  Been usin' them brakes a bit much I guess!!!  He was pretty patient until the end.  A bag of chips and an orange soda bought me an extra half hour of patience from my then impatient three year old.  At least the brakes don't squeal now!!