So here are the last LAST LAST pictures from Florida.....
promise!
Grace and Grant were playing with these fake kitties they bought at a souvenier stand.  They thought it was fun to pull open the louvers (sp?) and set the cats on them to sleep in the sun. 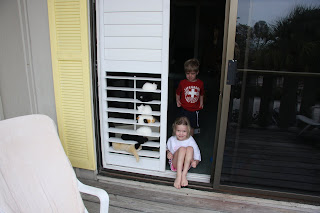 I'm glad it doesn't take much to entertain these two.  They can come up with fun from practically nothing it seems. 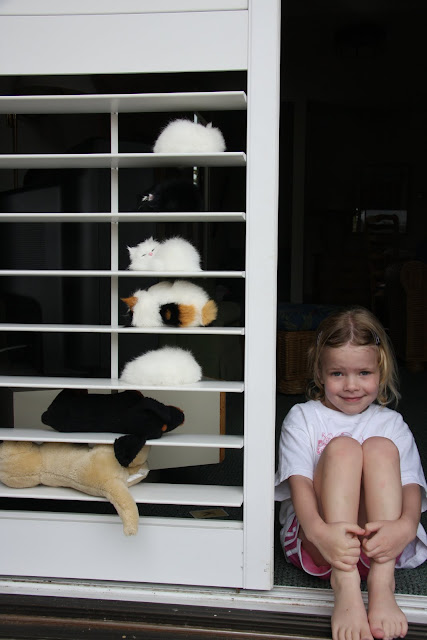 Grant liked to hang out on the deck.....good for him/bad for me.  I just knew he was going to bail over the back of a chair and out onto the ground.  We were on the second floor.  I kept a pretty close watch over him when he was out there. 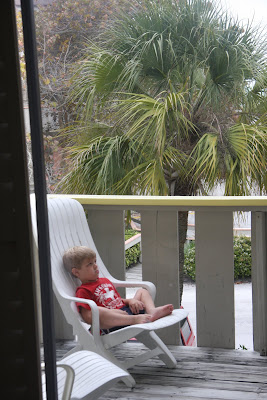 Grace on the playset at the beach. 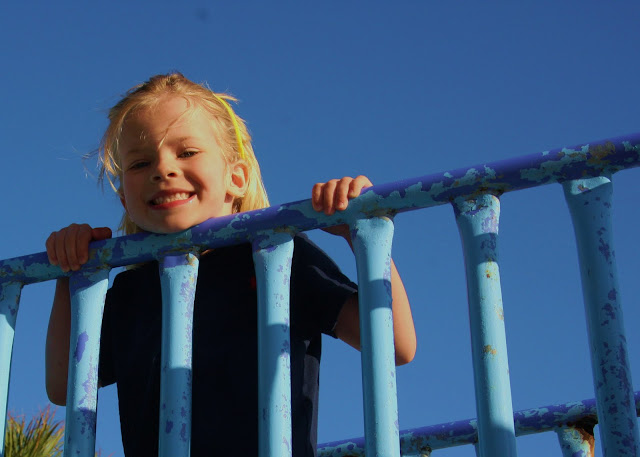 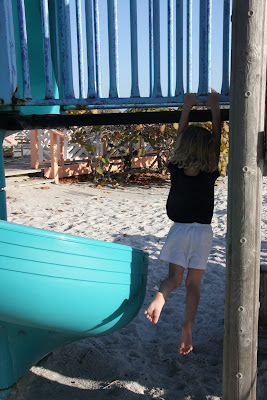 Grant taking a turn on the slide. 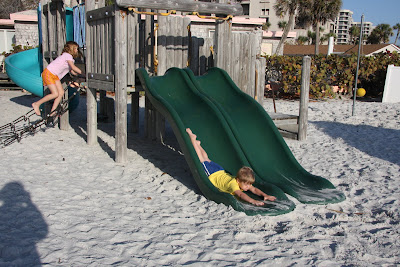 One other fun thing Grant liked doing........
we would build him a racetrack and.... 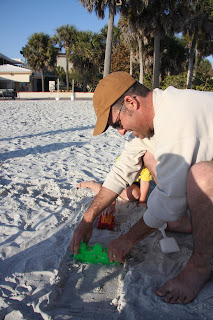 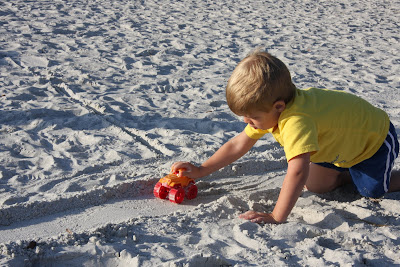 around and around he would go with his cars in the sand. 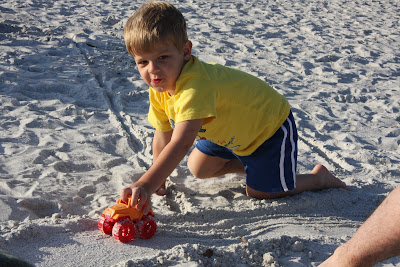 There were several kids there that week close in age to John and Emily.  John's buddy left early in the week.  This little girl named Hope became close friends with Emily while they were there.  The two of them played together a lot. 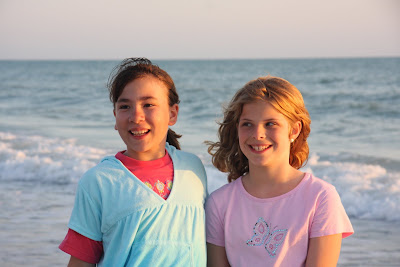 Last night on the beach 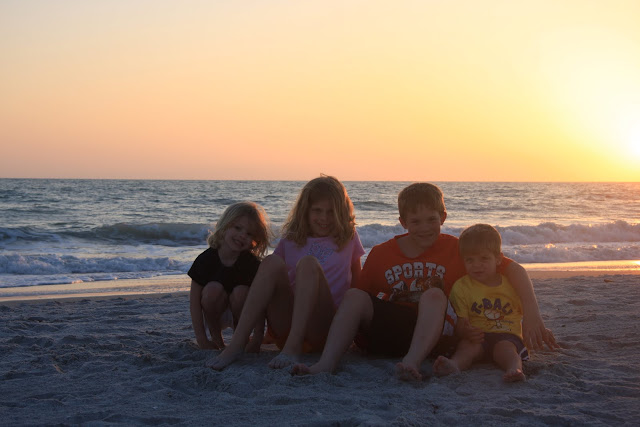 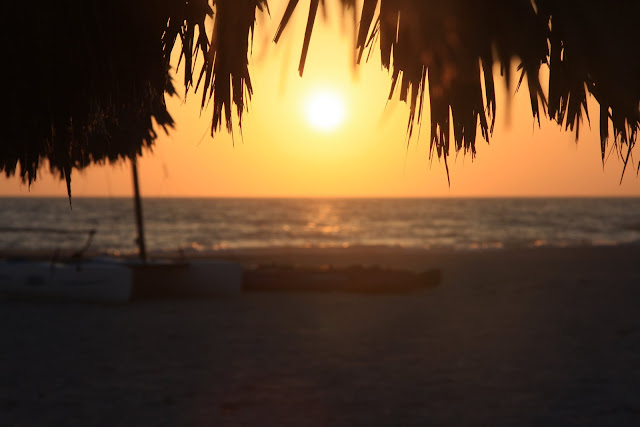 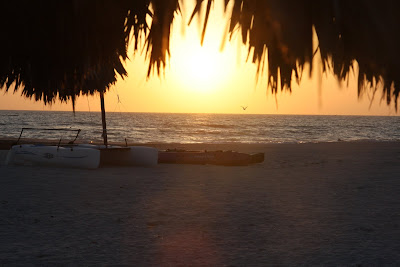 The morning we were leaving we took the last of the bread we had and fed it to the gulls.  The kids had a great time and I believe the gulls enjoyed it as well. 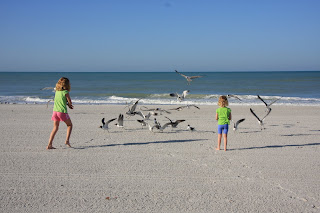 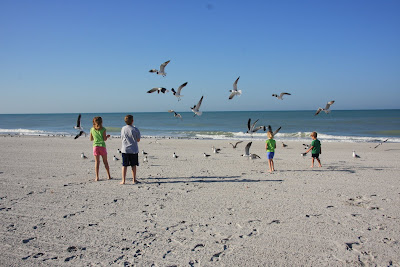 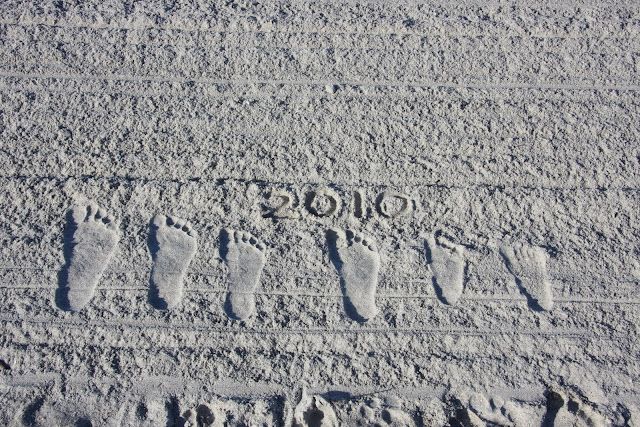