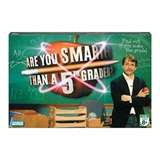 Are You Smarter Than MY Fifth Graders?

The answer would be "No, Hank Johnson is not smarter than my fifth graders."

I asked them tonight if putting eight thousand people on Guam would make it tip over.  They got it right.


I wonder.....what if ALL the people on the island ran to one side of the island all at once?  Would THAT make it tip?

I really was worried there for a minute that Guam was about to tip over!!!

Nice to know our congressmen have it all under control. Rep. Hank Johnson of Georgia discusses the risk of Guam tipping over if we increase the number of troops we station there.

Isn't it nice to know our tax dollars are being spent by such intelligent people?

I know not all, not even MOST, congressmen are like this.  Why is even ONE like this ?

Republican or Democrat does not matter.  This is a shame.