Another 'last' for John and Emily happened this past Thursday.
They had their last elementary band concert.
Actually, Emily had a 'first' as well.
This is Emily playing her first concert solo ever.
She did a wonderful job on BINGO. 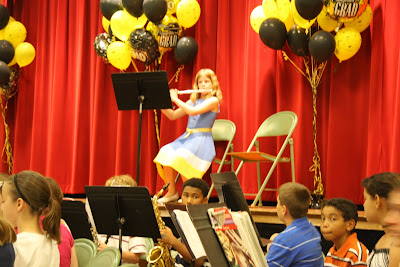 This was my perspective on the concert.  I like that they had it at the school this year instead of at the high school fine arts hall.  I'm not sure why they changed things, but it was nice to be small and at our own school.
Usually it is a combined band from all the schools that our instructor travels to each week.  That is why it is usually held at a larger facility.
Anyway, it was nice to see just the kids we knew perform. 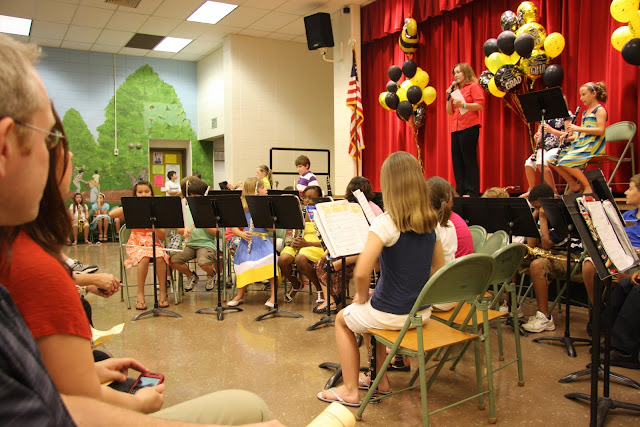 John is tucked in the back row.  He is barely visible. 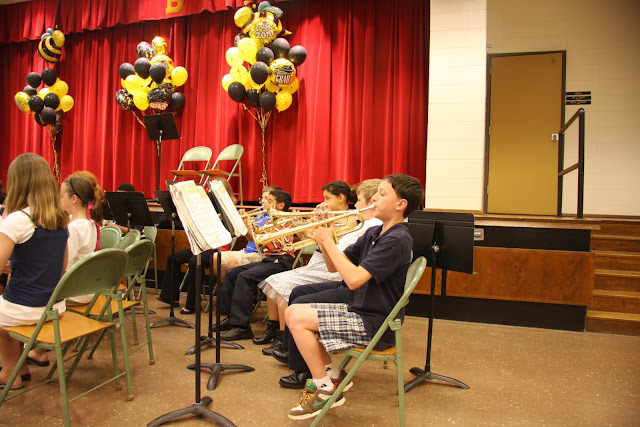 Some of John's classmates that are in advanced band with him. 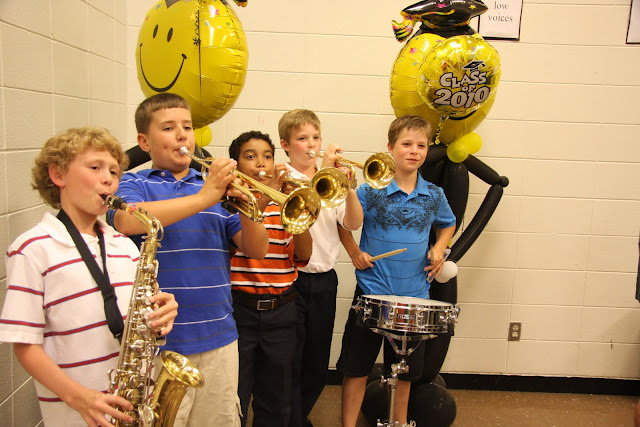 No surprise here....
the next morning, my other two had to put on a concert of their own for me with their violins and pianos and drums.  It was quite entertaining as well, though not as pleasant on the ears as the big kids' performance. 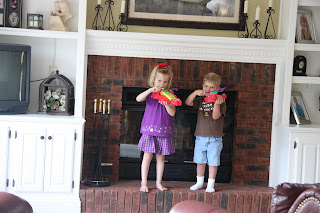 They were so serious about playing.
It was sweet. 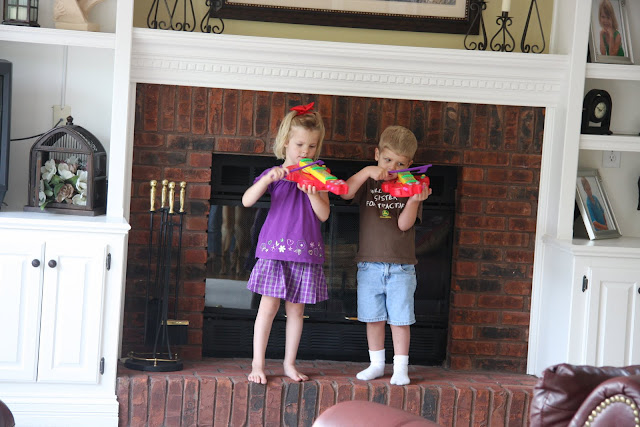