The Lion, The Witch and The Wardrobe

The kids were in a fifth grade room this year with a teacher who has her class do a play each year at the end of the school year.

This year the class performed 'The Lion, The Witch, and The Wardrobe' by C.S. Lewis.

I realize I am completely biased.
They did a bang up job.  They did a dress rehearsal and two full performances last week.  Each lasted two hours.  I cannot count the scene changes they did nor the number of lines some of them had to memorize.  It was impressive for a bunch of ten and eleven year old kids.
Think what you will.  I've already said I'm biased!
Here are some shots I could get sitting in the crowd with kids on my lap while trying not to use my flash in a partially darkened room....not the best pictures, but you can see some of their handiwork.
John is on the right side here.  He was King Peter. 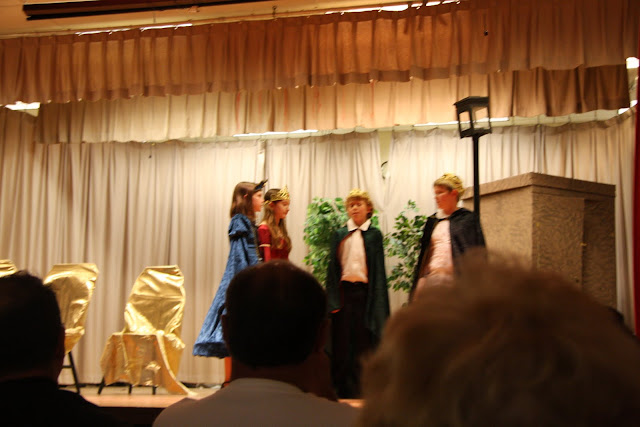 Emily was a woodland creature.  She did a dance with the other girls that they choreographed themselves.  It was cute to watch. 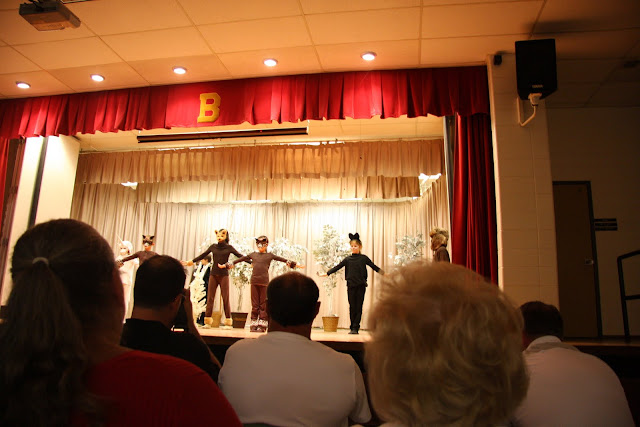 The professor and Peter, Edmund and Lucy. 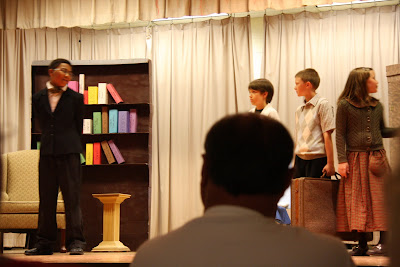 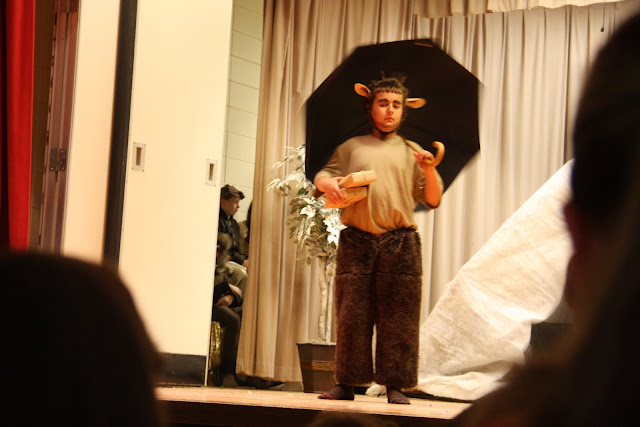 The White Witch and her evil helper 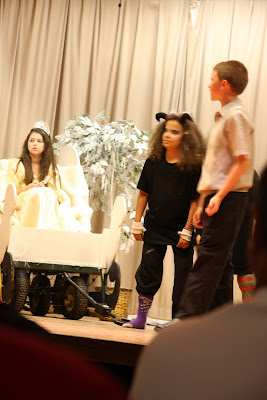 Another of Emily's dances 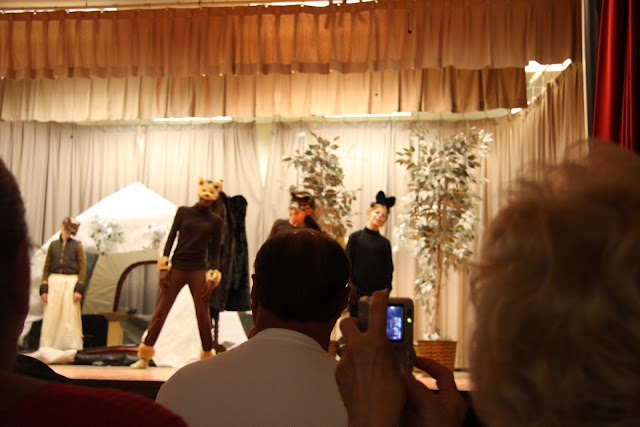 King Peter taking his rightful place on the throne at Cair Paravel. 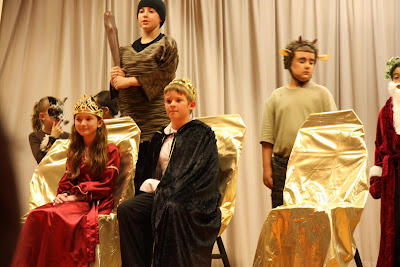 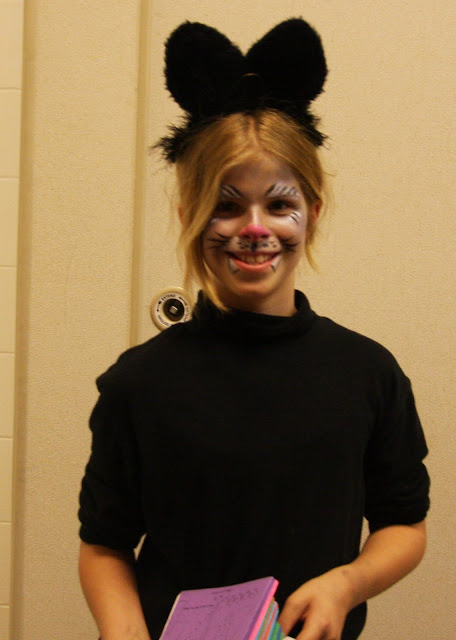 The kids even designed and printed programs.  Emily was passing them out before the play started.  John ran the sound board for most of the play.  He didn't have a lot of speaking lines or appearances onstage.  I think he enjoyed being the 'sound technician' for the class.

He has quite a reputation for technical expertise at school.  Several of the teachers relied on him for help with computers and all things electronic.
Posted by otherwise known as mom