Packages around our house can contain a world of different things. 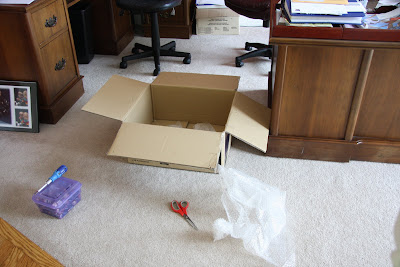 Once in a while a newly opened package will provide 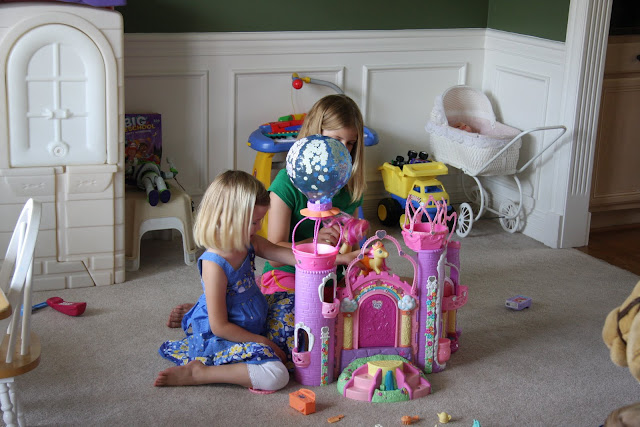 an afternoon of fun for the kids 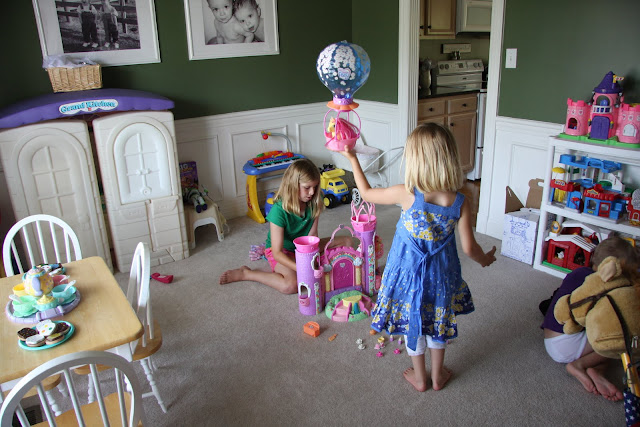 and peace and quiet for mom.
Notice the rowdy, rotten roughhousing rabble playful three year old in this picture preparing to flatten his older brother. 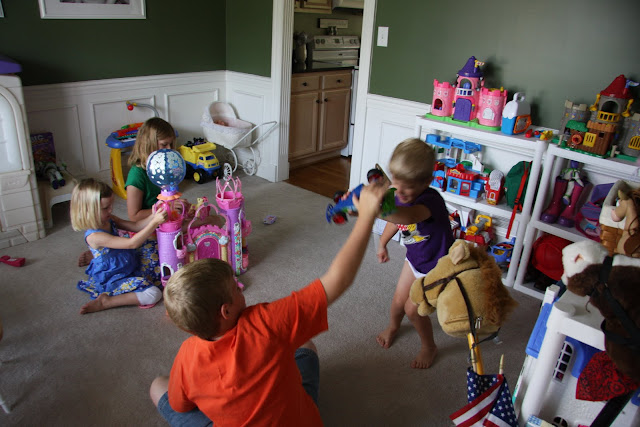 John smiling in spite of his battle wounds. 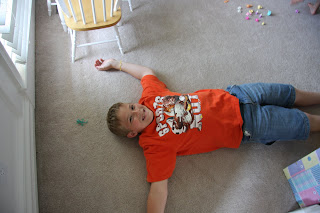 Emily used to have a My Little Pony Castle just like this one.
It played the most charming most ear piercing, obnoxious tune.
I got along pretty well with the castle until the off switch broke.  At that point you could turn the castle ON, but the only way to turn it OFF was to take out the batteries.
My ears had had enough at that point.
I gladly donated the castle to charity so some other mother could share my pain let her child play with it too.
Unfortunately, my then two year old Grace saw the castle in the back of the car on the way to Goodwill.  She fell in love instantly and hasn't stopped talking about it since then.
I told her I didn't give it to charity, that it was in the attic (total lie) hoping to get her to stop talking about it long enough to forget it ever existed.
Fast forward three years and she is still talking about the pony castle.
She finally wore me down.
I found one on ebay and now..... 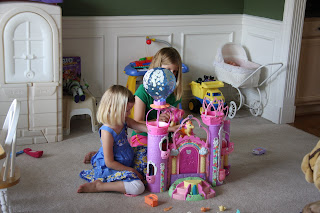 I'm right back to listening to that song once again.
If the off switch ever breaks,.......it goes in the trash this time!!
Posted by otherwise known as mom