Grant is that child that is rugged, fun, carefree, and into everything.
He can find fun in the most mundane of things.
He loves his trucks.
He loves to play in the water.
He loves to play so hard with things they often break.
He has a very sharing spirit.  He will share ANYTHING he's asked to share.
He loves to jump into the pool whether anyone is there to catch him or not.
He loves to climb anything taller than himself.
He has a dirty little secret though. 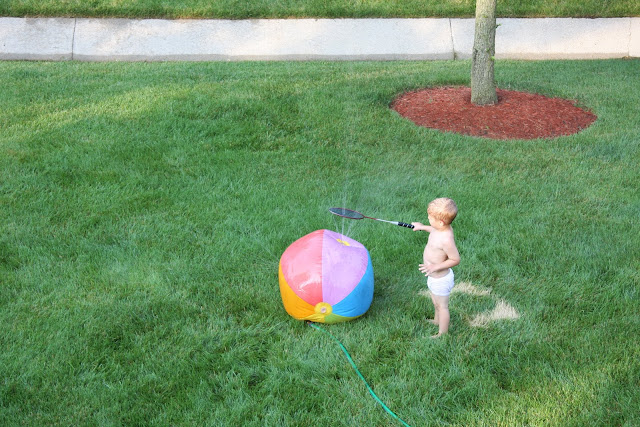 He loves to wear his sister's dress-up stuff. 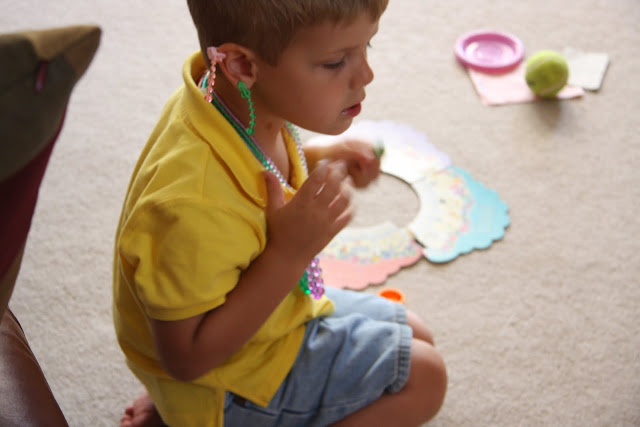 Grant knows his dad doesn't like it when he plays dress-up.
He has boy stuff for firemen, policemen, knights, astronauts and more,
but he really loves him some jewelery and fake fingernails though
The other day he came out wearing all of Grace's pretty princess game jewelery.
He saw me dive for the camera and he RAN to hide behind the couch to rip it all off.
He was in a panic that he was caught red handed! 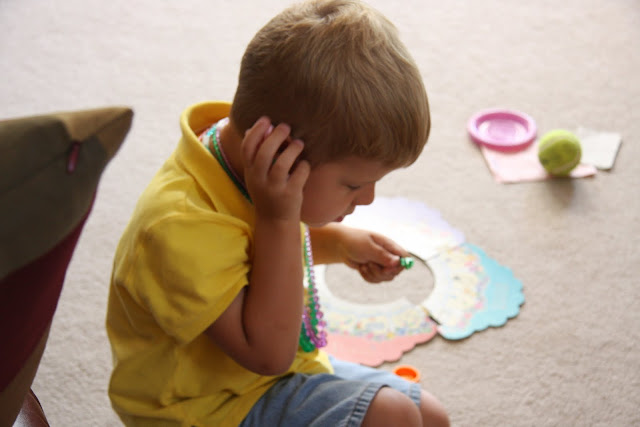 He "gets it" that the stuff is for girls,
but he is still really likin' it right now.

I'm not worried though.
He's too rough and tumble to ever worry me if he chooses to clip on a dangly earring every now and then.

I kind of figure it will just be good blackmail material when he's older and all macho. 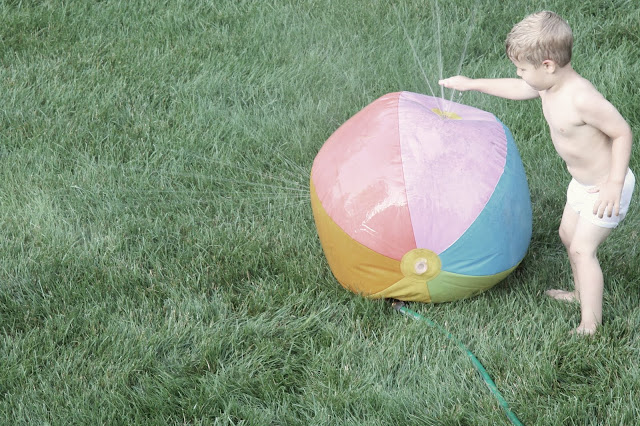 Now his dad.....that's another story.
What guy wouldn't be a little concerned over his young son crossdressing??
Posted by otherwise known as mom