These pictures are taken at the shopping mall near our house. 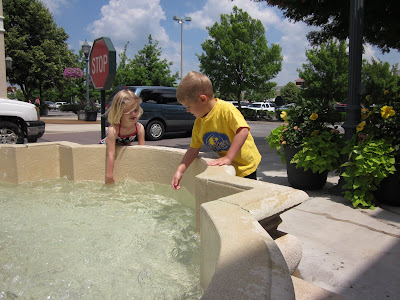 I keep a roll of pennies in the car most times to feed to fountains when we find them.
This mall has several pretty fountains that the kids like to play in. 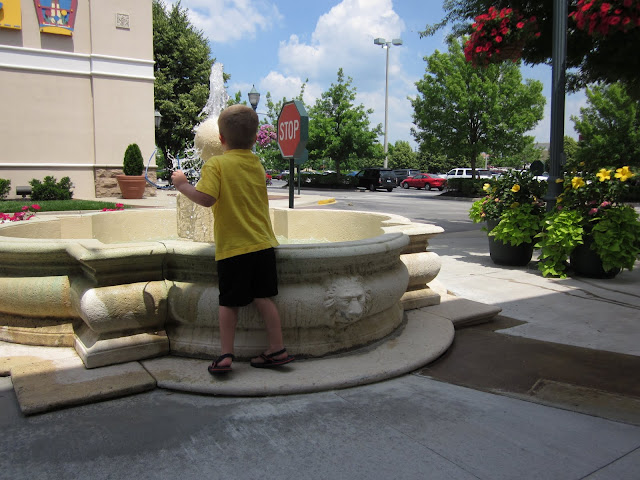 Why is Grace wearing her suit at the mall? 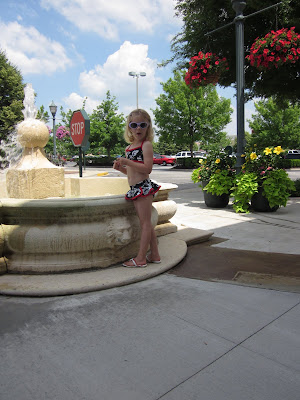 She had "beach day" at school that day.  All of the kids wore suits to school.
I needed to run an errand at the mall when I picked her up from school.
She didn't care that she had it on.
I didn't either. 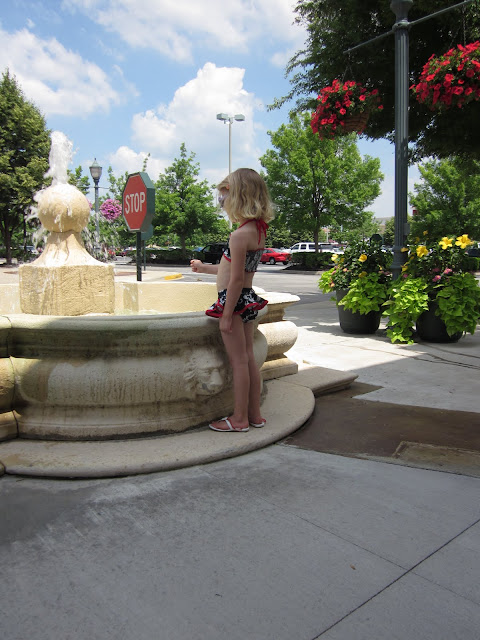 I did get some strange looks as people drove by since it was kind of chilly and I had my daughter in a suit playing in the fountain. 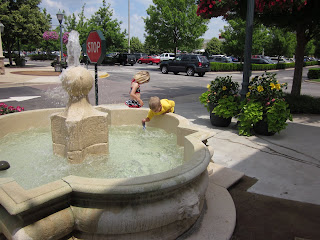 Lots of people bathe play in the public fountains in waterfront park downtown during the summer.
The fountains are posted to keep out, but there is a select crowd that not only GETS IN, but they will actually show up with towels and soap.

We only play in the fountains.

We aren't quite THAT redneck.