A little commentary to go with the pictures.......

Back to the zoo once again. 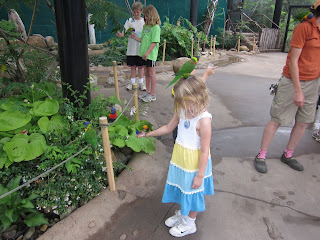 We stopped by the lorakeet cage where we had never stopped before.  For a small fee guests can feed nectar to the birds.  The kids like the idea and apparently the birds like it too.

See the bird perched on top of Grace's head?? 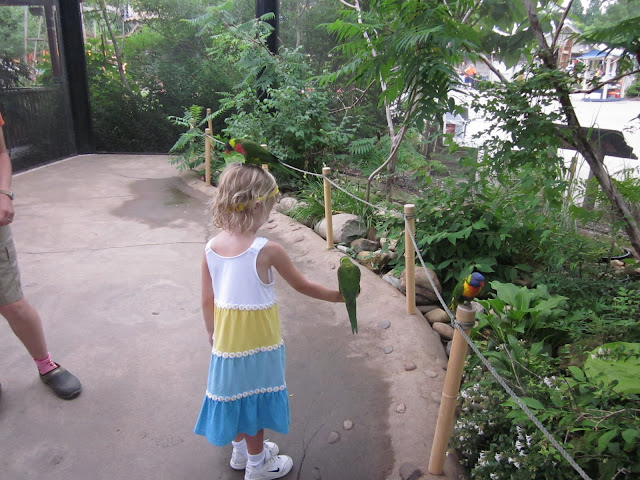 See Grant's tennis shoes on Grace's feet?
Yes, we got to the zoo and Grace only had one of her shoes.
Luckily, Grant had two pairs of his shoes in the car.  Grant was happy to share his shoes with Grace!
Grant wasn't quite so sure about the bird situation, but he held very still anyway.
I just prayed he wouldn't "love" a bird to death.....didn't want the guilt of innocent bird blood on our hands. 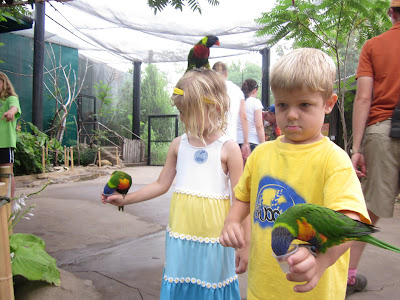 Grace's hair is a total disaster in these pictures (worse than even what I consider tolerable)
because she just got out of the zoo's splash park.  She fixed her own hair after getting dressed.
Who's going to argue with independence when it comes to a little girl's hair?
She was proud of it....so it was good enough for me too! 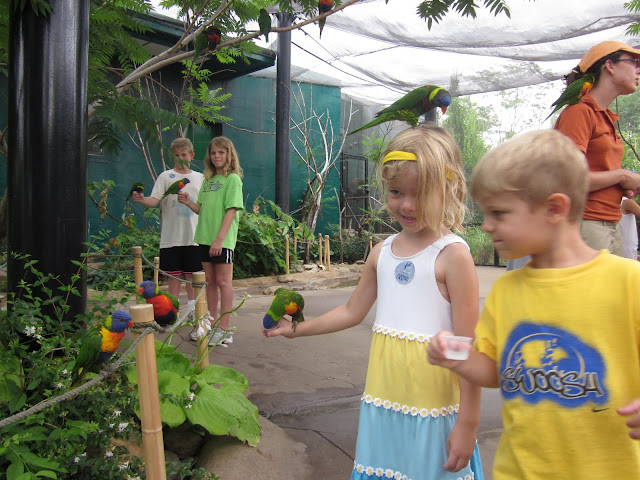 I got luck enough to catch all four kids holding birds at the same time.
This really wasn't a posed shot!! 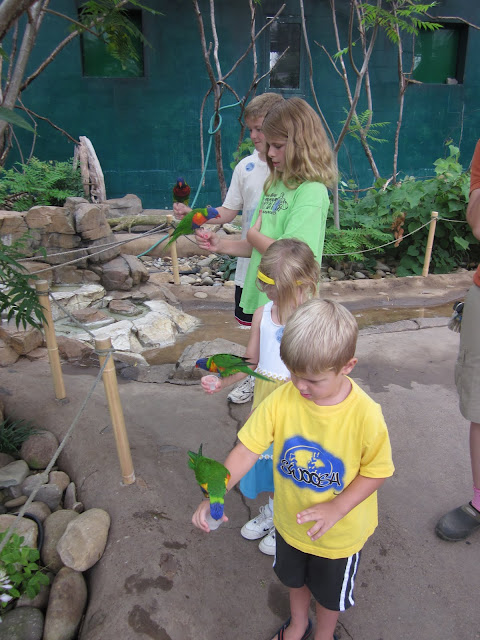 This little guy perched on my shoulder to say hello so I turned the camera around and took a picture of him while he was still sitting on my shoulder. 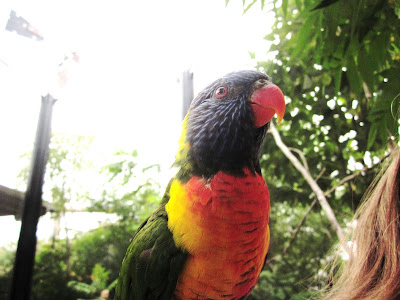