We've been gone the past ten days.
I downloaded the last pictures from my camera before we left.
That explains the random mishmash of pictures you've seen the past week on the blog.
I've spent a week collecting an arsenal of new photos of our crew doing their thing each in their own unique fashion.
I am sure it will take me more than ten days to get the new ones posted....but post, I will!
Anyway, like I said.....we've been gone......
going places in the chevy truck (yes, Grant IS driving it with some help from Dad's foot on the gas pedal) (he does a darn good job if I do say so myself) 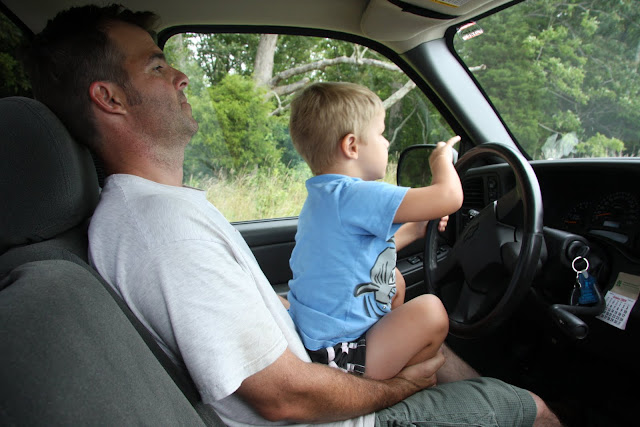 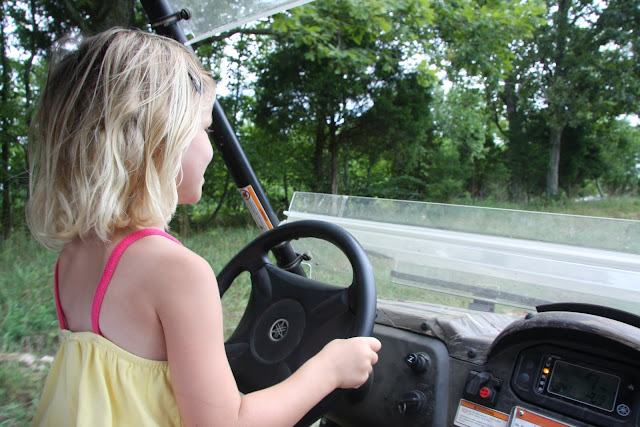 and going places in the Power Wheels Truck (notice this one is a FORD, not a Chevy)
(we're really not a chevy family)
(in case you cared, which you probably don't) 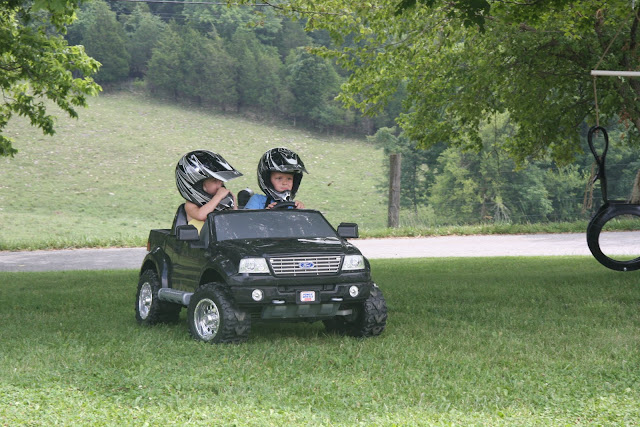 The helmets were just for fun....we really don't make them wear a helmet to ride in this thing.  It only goes five miles per hour at top speed!
It's late, and I'm tired.  AND my computer is being incredibly slow at downloading pictures tonight.
Apparently it is in need of a vacation too
(or a good swift kick in the hard drive!!)
Lots of fun with foxes and coons, frogs and "ribbies", horses and carrots, chicken chasing and egg gathering, hot dogs and s'mores, dogs and puppies, cows, rocks and rain showers, ice cream and cookies, creeks and four wheelers, weed pulling, corn eating, fort building, sand digging, garage painting, pature mowing, western trail riding, and card games!.......and that was just the first day!! (kidding)
Much more later, I'm going to bed.
Posted by otherwise known as mom